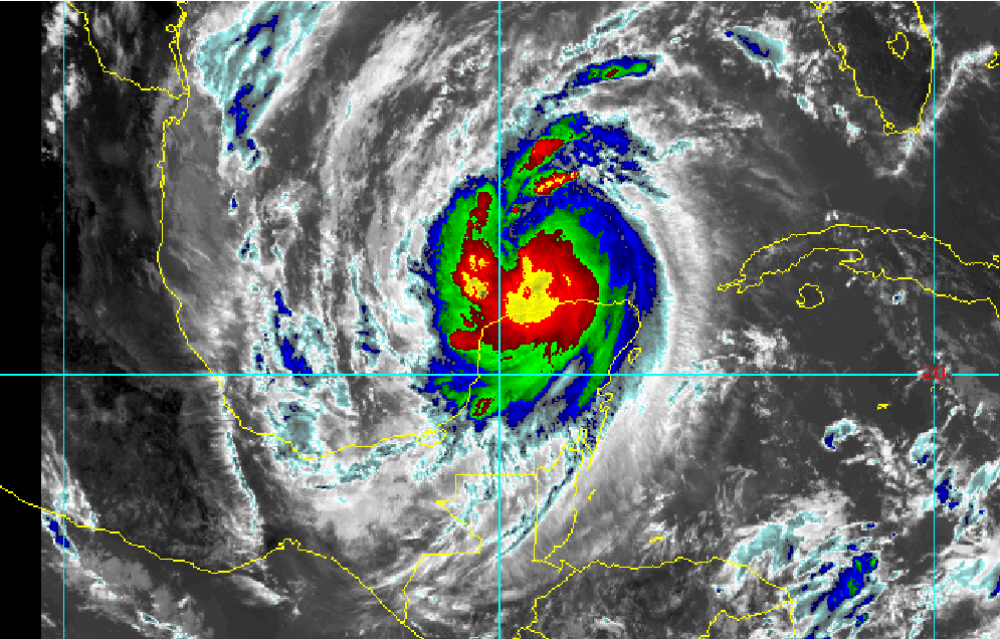 Satellite image of Hurricane Delta as of Oct. 7. (Source: RAMMB/CIRA)

Oil and gas workers withdrew en masse from offshore production facilities, and onshore refineries began storm preparations on Oct. 7 as Hurricane Delta was forecast to intensify into a powerful, Category 3 storm as it crosses the Gulf of Mexico (GoM).

Delta's winds declined to 105 mph (169 kph) as it tore across Mexico's Yucatan peninsula. But it is expected to enter the Gulf of Mexico and strengthen with winds of up to 120 mph, the National Hurricane Center (NHC) said.

Oil producers had evacuated 183 offshore facilities in the U.S. GoM by Oct. 7 and halted nearly 1.5 million bbl/d of oil and 1.33 Bcf/d of natural gas production. The region accounts for about 17% of U.S. oil output.

Delta likely will generate a life-threatening storm surge and strong winds "over a large portion of the northwestern and northern Gulf coast," the NHC warned. Louisiana officials advised residents of low-lying and coastal areas to evacuate.

The hurricane could strike Louisiana on the weekend as the 10th named storm to make a U.S. landfall this year, eclipsing a record that has held since 1916.

Oil companies have had to evacuate offshore workers repeatedly this year with departures and returns complicated by pandemic quarantines and virus testing.

Delta was at least the sixth time some energy companies have had to remove staff and curtail production since June.

W&T Offshore Inc. estimated the storms cost it 9,000 bbl/d of oil and gas in the latest quarter, more than a fifth of its targeted output.

Delta will delay the restart of its Lake Charles refinery, a Louisiana plant shut in August by Hurricane Laura, said refiner Phillips 66. A second Phillips plant, on the Louisiana coast, has remained closed for maintenance since a mid-September storm. 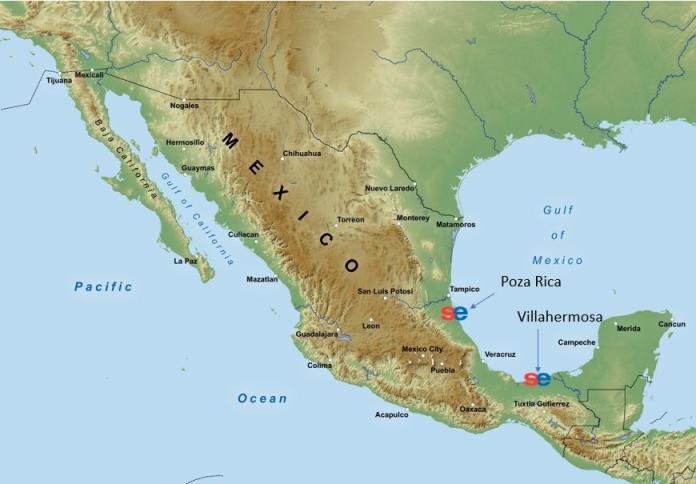 SIMMONS EDECO has opened its second operations base in Mexico, the company said on March 8.

Simmons Edeco, a leading supplier of onshore drilling and workover services to the global oil and gas industry, successfully completed its first drilling contract for Mexico oil and gas operator Newpek, a division of Grupo Alfa, a major player in the food, IT, and automotive sectors in Mexico on June 2.