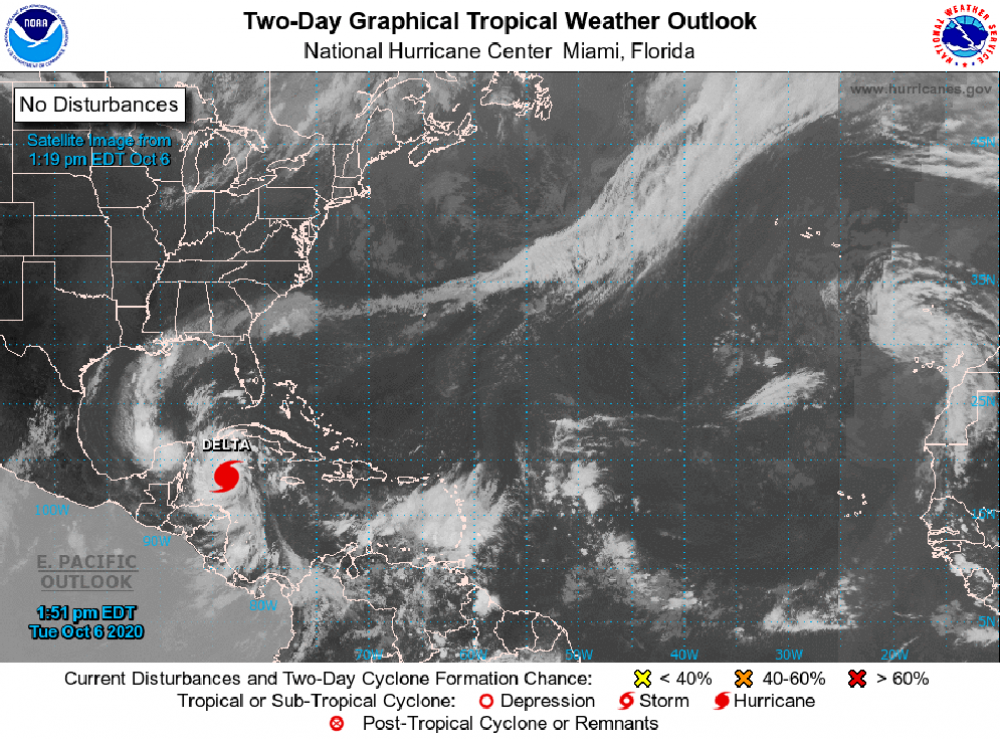 Energy companies were securing offshore production platforms and evacuating workers on Oct. 6, some for the sixth time this year, as a major hurricane took aim at U.S. oil production in the Gulf of Mexico (GoM).

Hurricane Delta, the 25th named storm of the 2020 Atlantic Hurricane season, was churning in the Caribbean with sustained winds of 140 mph (225 kph), already a dangerous Category 4 storm that is expected to scrape across Mexico's Yucatan peninsula and re-enter the GoM.

Royal Dutch Shell Plc said on Oct. 6 it was evacuating nonessential workers from all nine of its offshore GoM operations and preparing to shut production.

BP Plc and Chevron Corp. were shutting in production on platforms and evacuating workers to facilities on-shore where the employees will continue to observe COVID-19 protocols.

Equinor ASA and BHP Group Ltd. also shut in production and evacuated workers from platforms as the storm aimed for the heart of the U.S. offshore oil patch, the companies said.

W&T Offshore Inc. was also evacuating staff and preparing to shut-in production in the Gulf on Oct. 6, the company said.

"We have assumed there will be downtime in the fourth quarter from additional storms but we don't have any additional details at this time in regards to which fields," said W&T Offshore spokesman Al Petrie.

The Louisiana Offshore Oil Port (LOOP), the only U.S. port that can handle the largest oil tankers, was monitoring the storm on Oct. 6.

Oil prices rose more than 2% on Oct. 6, boosted by the hurricane shut-ins and an oil workers' strike in Norway. U.S. gasoline futures had also risen 2% and were trading at the highest level since Sept. 28.

Delta forced the closure of 29.2% of offshore crude oil production in the U.S.-regulated northern GoM by midday on Oct. 6, the U.S. Bureau of Safety and Environmental Enforcement (BSEE) said.

Oil production from the Gulf was 1.65 million bbl/d in July, according to the U.S. Energy Information Administration (EIA). In January, production was nearly 2 million bbl/d, the agency said.

While the growth of U.S. shale oil output has generally tamed the market impact of hurricane shut-ins, there have been six storms starting with Tropical Storm Cristobal in June that have affected U.S. offshore oil operations this year.