The case, filed in October 2018 in Manhattan state court, was the first of several climate-related lawsuits against major oil companies to go to trial.

It featured testimony from investors, experts and former Exxon Mobil CEO Rex Tillerson, who denied the allegations against the company.

New York's attorney general alleges that Exxon Mobilcaused investors to lose up to $1.6 billion by falsely telling them it had properly evaluated the impact of future climate regulations on its business. A verdict is expected within the next 40 days.

Exxon Mobil’s lawyer said on Thursday the case was "meritless" and that the state failed to offer testimony from any investor who was misled.

“The case is almost a joke," Theodore Wells said. "But it's a cruel joke, your honor, because the reputations of a lot of people have been hurt and disparaged by the bringing of the complaint."

A lawyer for the state said the case came down to whether Exxon had adequately disclosed the cost of climate change.

"The question here isn't whether Exxon employees are good people or even were trying their best," Jonathan Zweig said.

He told the court that the state was dropping two of its four fraud claims and would limit its closing argument to claims brought under the Martin Act, a law that gives the New York attorney general’s office broad power to pursue securities fraud cases without having to prove intent to defraud.

"The question in this case is whether Exxon's disclosures were accurate, and the evidence shows they were not," Zweig said.

The attorney general has said the company used a "proxy cost" of up to $80 per ton of carbon emissions in wealthy countries by 2040, but internally used figures as low as $40 per ton or none at all.

Tillerson testified that the proxy cost represented "macro level" assessment of the likely effect of future carbon regulations around the world on demand for fossil fuels, and was incorporated into a data guide used throughout Exxon Mobil Corp.

Separately, he said, the company evaluated greenhouse gas costs at a "micro level" for specific projects, when appropriate.

Both Massachusetts and New York began investigating Exxon after news reports in 2015 saying company scientists had determined that fossil fuel combustion must be reduced to mitigate the impact of climate change.

Exxon and other oil companies including BP Plc, Chevron Corp. and Royal Dutch Shell Plc face lawsuits by cities and counties across the United States seeking funds to pay for seawalls and other infrastructure to guard against rising sea levels brought on by climate change.

The companies have said in court filings that they cannot be held liable for climate change.

The Supreme Court's action marked the latest setback for Exxon Mobil in its efforts to halt the Massachusetts investigation and a similar one by New York's attorney general. 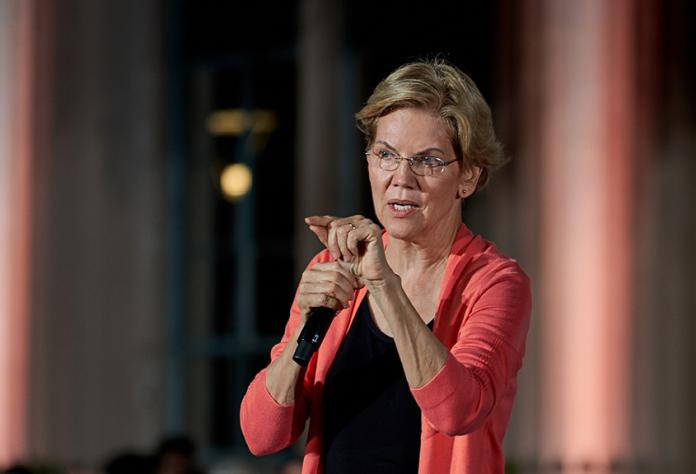 RBC Capital Markets put out a new report titled "The Aftermath of a Frac Ban." This  table from the report shows companies with meaningful exposure to federal acreage.