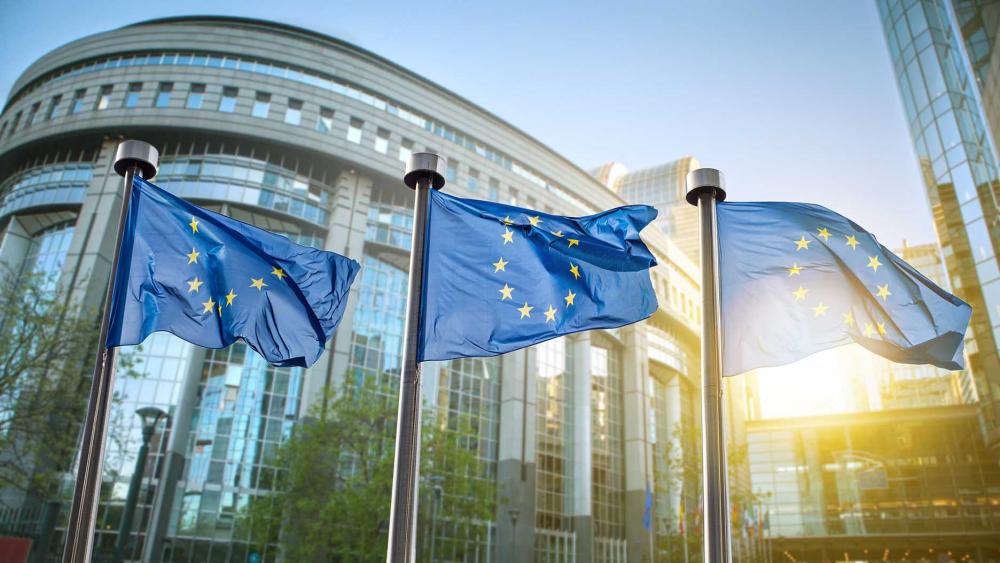 European Union flags in front of its parliament in Brussels, Belgium. (artjazz/Shutterstock.com)

FRANKFURT—A delegation of EU member states has raised concerns with the U.S. State Department that sanctions in response to the construction of the Nord Stream 2 gas pipeline under the Baltic Sea are a breach of international law, a report said on Aug. 14.

A European delegation representing 24 member states out of 27 communicated a diplomatic position to the U.S. State Department on Aug. 12 in a video call, German daily Die Welt reported in its online edition.

A European Commission spokeswoman confirmed there had been an informal outreach, or demarche in diplomatic language, which the EU member states were invited to join on a voluntary basis.

Speaking at a Brussels briefing, the spokeswoman Nabila Massrali reiterated that the Commission, the EU executive, was “deeply concerned” by a U.S. decision to broaden the scope of sanctions.

In an emailed statement, the U.S. embassy in Berlin said it preferred not to use sanctions and favored cooperation with Europe, but Russia’s dominance of Europe’s gas markets gave it no choice.

“The United States must act to address the threat to our national security and foreign policy interests,” it said.

Die Welt cited the diplomatic note as saying the EU shared foreign and security policy goals with the United States and was open to dialogue. It also said the companies involved in Nord Stream were pursuing legitimate business activities.

“The EU considers the extraterritorial use of sanctions as a breach of international law,” it said.

The EU demarche follows tighter U.S. sanctions on the pipeline, which has long caused diplomatic divisions.

Nord Stream 2, which adds to an existing Nord Stream 1, is designed and led by Russia’s Gazprom and due to operate from early 2021, carrying gas directly to Germany from Russia.

The Nord Stream 2 consortium, based in Switzerland, has knowledge of the EU’s initiative, but would not comment, a spokesman for the group said.

Texas-headquartered U.S. Energy Development Corp. is diving into the Columbia Project development in the Permian Basin with Shell Oil Co., having acquired an $8.5 million interest in the project.