Norway’s Equinor plans to drill 30 to 40 oil and gas exploration wells globally in 2020, similar to this year, with Brazil being a “hotspot” of its international efforts, the company’s exploration head said on Nov. 26.

The company will drill about 20 to 30 exploration wells on the Norwegian Continental Shelf, focusing on the North Sea, plus wells at the Johan Castberg and Wisting discoveries in the Barents Sea, Equinor’s Tim Dodson told Reuters.

By the end of third-quarter 2019 the company had drilled 32 exploration wells and made 14 commercial discoveries, mainly at existing fields with pipeline infrastructure.

“It’s going to be closer to 40 wells this year,” Dodson said.

Recent exploration efforts in the Barents Sea, especially in its eastern part, have been disappointing, despite Norwegian authorities estimating that the area holds more than half of the country’s yet-to-be-discovered resources.

“We are going to focus more on the western part of the Barents Sea now,” Dodson said.

Internationally, Equinor’s exploration efforts will focus on proving new resources offshore Brazil, where it plans to drill five wells over the next two years.

“Over the next couple of years Brazil will the hotspot,” Dodson said.

Some high-impact wells, which target resources of more than a net 100 million barrels of oil equivalent, will be drilled off Brazil and in the U.S. Gulf of Mexico, he added.

However, Dodson said the company will be “selective” in adding more acreage in Brazil, where it already plans to develop the giant Carcara discovery.

“For us it’s very much about the portfolio we have and testing that potential. We think we are sitting on some of the best opportunities [in Brazil],” he said.

Exxon Mobil Corp. is suspending the company's contribution to the U.S. employee retirement savings plan beginning in October, the company confirmed on Aug. 5. 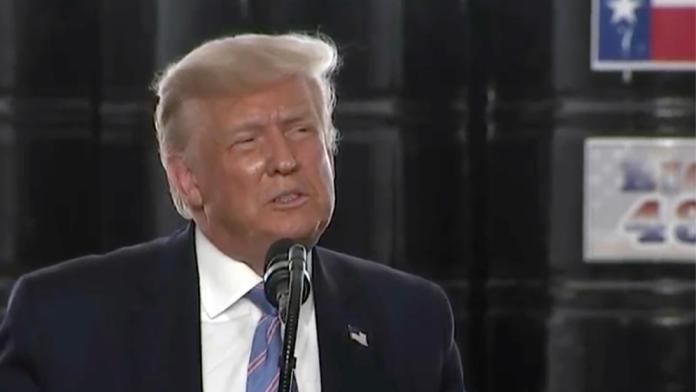 Trump Touts US Energy Might during Permian Basin Visit