Enterprise’s Sea Port Oil Terminal, or SPOT, is one of at least eight similar projects off the Texas and Louisiana coasts proposed to export oil from the region’s shale fields.

All the projects aim to carry rising shale production from the Permian Basin of West Texas and New Mexico to overseas markets. A total of 2.3 million additional barrels per day of shale is expected to reach the U.S. Gulf Coast in the next year as volumes rise and new pipelines begin operation.

The value of the agreements was not disclosed. Enterprise is due to release its second-quarter results on July 31 and could provide more details then, spokesman Rick Rainey said.

SPOT is planned for a site in 115 feet of water, about 40 miles off the coast of Houston. Up to two very large crude carriers (VLCCs) could moor at the site and load up to 2 million barrels per day.

The facility would connect to an onshore tank farm able to hold up to 4.8 million barrels of crude oil, according to its federal permit application.

Construction of the project is subject to the required approvals and licenses from the federal Maritime Administration, which is currently reviewing the application. 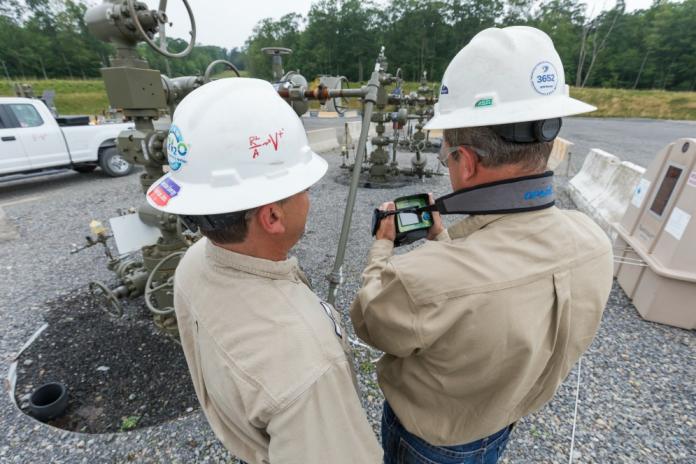 E&Ps are voluntarily banding together to rein in methane losses along the value chain. They’re hitting remarkable targets—and far earlier than anticipated.

Exxon Mobil, ConocoPhillips, Oxy, Pioneer Natural Resources and Shell are among the oil and gas firms that have joined the Permian Strategic Partnership.