Eni has made an oil discovery in the South West Meleiha Concession in the Egyptian Western Desert, the company said July 28.

Drilled in the Faghur Basin to a total depth of 15,800 feet, the SWM-A-6X well hit 130 feet of net oil pay in the Paleozoic sandstones of the Dessouky Formation, Eni said.

The well has been put onstream, producing 5,000 bbl/d, the company said.

The discovery is the result of Eni’s implementation of its near-field exploration strategy with AGIBA, a joint venture with the Egyptian General Petroleum Corp. The well is located in the South West Meleiha Concession, where production started about one year ago.

Eni said new discoveries in the concession have boosted production there to more than 12,000 bbl/d. 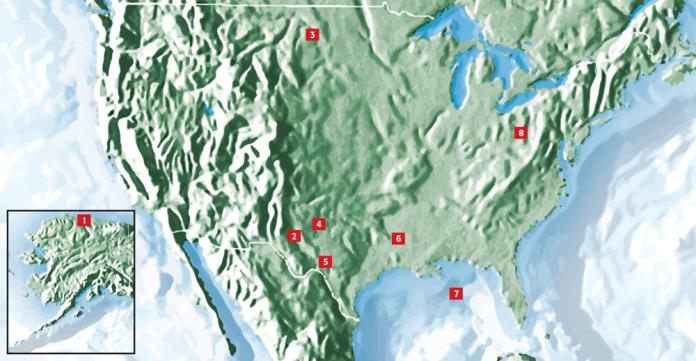