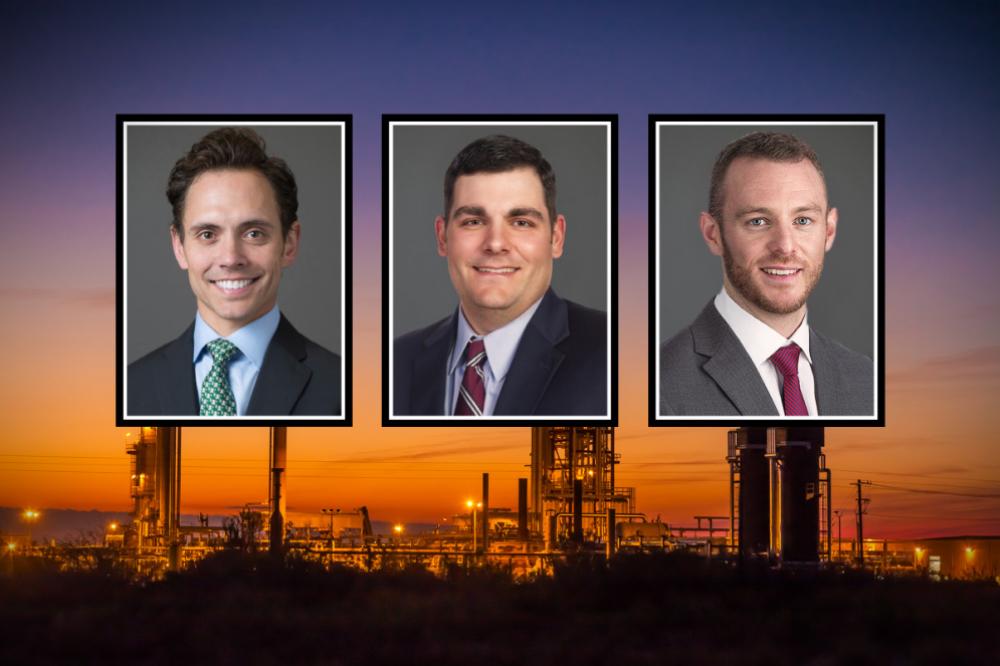 EnCap Flatrock Midstream welcomed in the “next generation of leadership” at the midstream energy investment manager with the announcement of three promotions, according to the firm’s founder, William R. Lemmons Jr.

“We believe in developing and rewarding the next generation of leadership,” said Lemmons, who also serves as EnCap Flatrock managing partner. “Zach, Tommy and Brad have consistently demonstrated outstanding performance in their former roles, and we see them contributing and performing at a very high level in their new positions.”

Kayem joined EnCap Flatrock in 2012 after working as an analyst on the corporate finance team at SWS Group for three years. Meanwhile, Waldrip has been with EnCap Flatrock since the company’s inception in 2008 by a partnership between EnCap Investments LP and Flatrock Energy Advisors LLC.

Misialek, who joined EnCap Flatrock in 2015, was previously a facilities engineer at the Williams Cos. In Oklahoma City and San Antonio.

In a statement commenting on the trio of promotions, Lemmons also added: “They have demonstrated the skills required of successful investors, they contribute in meaningful ways to advance the growth and development of our portfolio companies through their board positions, and they provide effective leadership to others at EnCap Flatrock.”