The Senate Intelligence Committee backed William Burns, a former ambassador to Russia, by a unanimous vote. Burns has been confirmed by the Senate for five previous jobs over 33 years and is expected to eventually be approved by the full Senate.

The hold is a delaying tactic as the Texas senator pressures the administration to sanction ships and companies helping Russia’s state energy company Gazprom build the $11 billion pipeline to take gas under the Baltic Sea to Europe via Germany.

“I’ll release my hold when the Biden admin meets its legal obligation to report and sanction the ships and companies building (Russia President Vladimir) Putin’s pipeline,” Cruz wrote on Twitter late on March 5. The move was first reported by Bloomberg.

After a year’s delay caused by sanctions, Gazprom is racing to finish the pipeline which analysts expect could happen by September. A second vessel, the Akademik Cherskiy, has joined the construction site off Denmark.

President Joe Biden believes the pipeline is a “bad deal for Europe” the White House has said. The pipeline would bypass Ukraine depriving it of lucrative transit fees and could undermine its efforts against Russian aggression.

“It’s hard to see how delaying the confirmation of a CIA Director who enjoys strong bipartisan support makes Americans safer,” said Biden transition spokesperson Andrew Bates. “Biden has been clear that Nord Stream 2 is a bad idea and plays into Russia’s hands.”

U.S. lawmakers from both parties who oppose the project believe about 15 ships are helping to build the pipeline. But the State Department last month only sanctioned one ship in a report to Congress required by sanctions law.

Forty Republican Senators said in a letter to Biden this week that the sanction against the Fortuna vessel will not stop the pipeline, which as of February had about 75 miles left to go off Denmark and 19 miles off Germany.

The State Department is due to submit to Congress another report on Nord Stream 2 on May 16, which could contain more sanctions, though spokesman Ned Price has said sanctions are only “one of many tools” that can be used.

New U.S. Energy Secretary Dan Brouillette praised the gas industry which has seen prices pushed toward a 25-year low as it is produced as a byproduct of the shale oil boom. 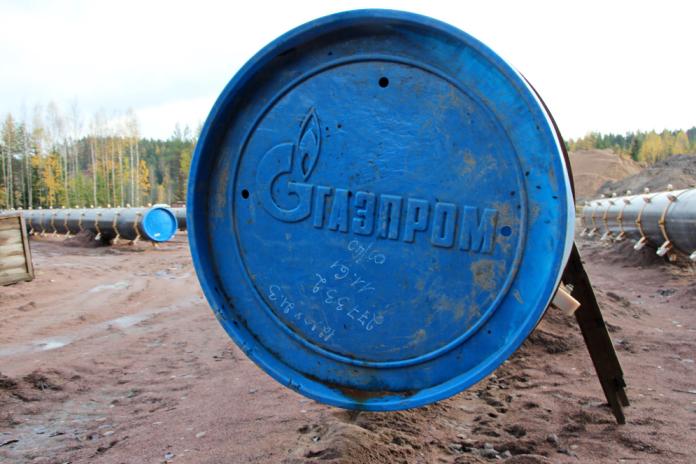