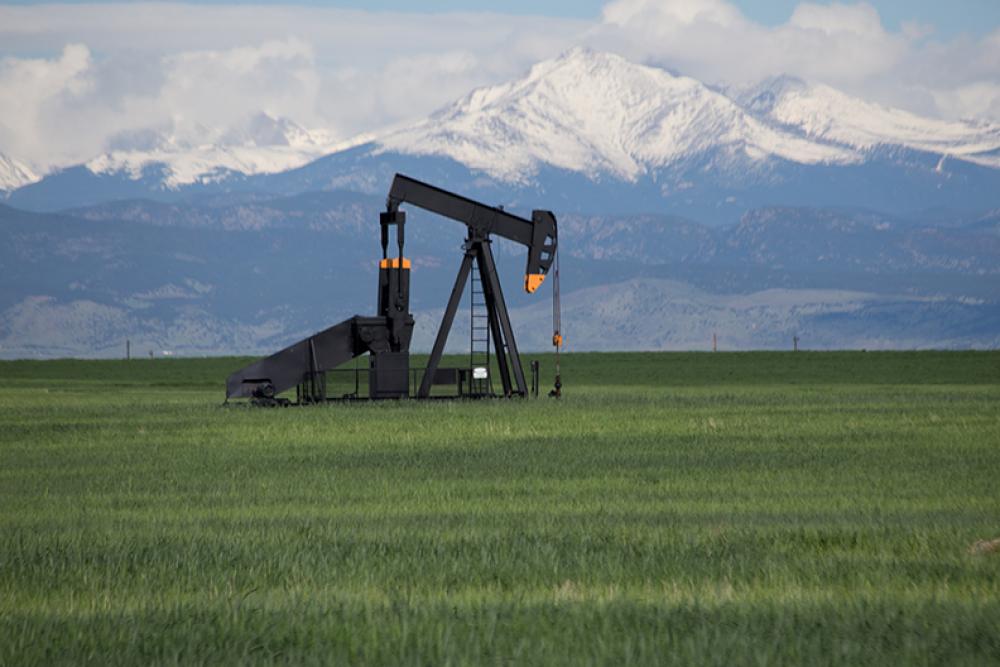 SB19-181 seeks to tighten regulation on the oil and gas industry and hand control of oil and gas permits over to local governments rather than the state. (Source: Shutterstock.com)

Dan Haley, president and CEO of the Colorado Oil & Gas Association (COGA), and Tracee Bentley, executive director of the Colorado Petroleum Council (CPC) released a joint statement on March 3 concerning the introduction of the Colorado Senate Bill 19-181, which seeks to tighten regulation on the oil and gas industry and hand control of oil and gas permits over to local governments rather than the state.

SB19-181 was introduced late on March 1 by Majority Leader Steve Fenberg (D-Boulder) and co-sponsored in the House by Speaker KC Becker (D-Boulder).  It will be heard before the Transportation and Energy Committee on March 5.

Colorado Governor Jared Polis is a stated supported of the bill and appeared with Fenberg on Feb. 28 to discuss to bill.

Haley and Bentley decried the rush to push the bill through committee just two working days after it was introduced.

“We are asking Senate President Leroy Garcia and Senate Majority Leader Steve Fenberg to not rush this bill into committee on Tuesday and instead allow a diverse set of stakeholders more time to review the comprehensive and technical piece of legislation,” the association leaders’ joint statement read. “Senate Bill 181 would impact the livelihoods of Coloradans across the state, including many who live in rural areas and may not be able to make it to the Capitol to testify on such short notice.

“We’re asking that Senate President Garcia and others allow for a transparent stakeholder process that includes impacted Coloradans, including local governments, environmental interests, regulators and industry. Our elected leaders can’t be asked to vote on a bill this complicated and this encompassing—and one with such grave impacts—without first a legitimate dialogue. No good can come out of legislation that is revealed on a Friday night and rushed through the legislative process.”

Under the new measure, the Colorado Oil and Gas Conservation Commission (COGCC) would regulate the industry in a way that proponents say protects “public health, safety and welfare, including protection of the environment and wildlife resources.”

The Colorado Air Quality Control Commission would be charged with requiring oil and gas operators to install equipment monitoring emissions at their facilities “to monitor for hazardous air pollutants” including “methane and volatile organic compounds.”

In addition, local governments would be afforded the ability to regulate incoming oil and gas permits. This means those governments could inspect the industry’s operations, and impose fines, for leaks, spills and emissions, according to reports.

Such a move would enable local governments to regulate the siting of locations of oil and gas facilities and drilling units and land use for surface impacts, according to Tudor, Pickering, Holt & Co. (TPH). It would include the power to inspect oil and gas facilities, impose fines for leaks and spills, and impose fees for the costs of the associated permitting, regulation, monitoring and inspection, according to the analyst firm.

In a morning note concerning SB-181 on March 4 TPH said, “Bottom-line, the first look removes some uncertainty, but the amended form is still TBD with much of the current language open to interpretation, leaving unknowns that keep the group in wait-and-see status for us.”

TPH said the language of the bill concerning the role of the COGCC is “bureaucratic.” The bill would also reduce the authority of the COGCC—the Oil and Gas Conservation Act from 1951 gave the COGCC the dual authority to regulate and develop the industry, with the bill proposing to clarify that nothing in the Act would negate, alter, impair the power of the Air Quality Control Commission, the Water Quality Control Commission, the State Board of Health, the Solid and Hazardous Waste Commission on their respective functions; and local governments with respect to land regulation, according to TPH’s analyst note.

On forced pooling, TPH said the bill proposes the requirement to receive consent representing greater than 50% of mineral interests, which compares to the current requirement calling for consent from just one lease or royalty interest owner and the requirement that operators receive permission from nonconsenting owners for use of surface acreage.

Colorado voters rejected Proposition 112 in November, which would have increased setbacks to 2,500 ft from the current 500 ft around homes and 1,000 ft around schools. The new bill does not include language increasing on setbacks, but Fenberg told reporters that local governments could impose setback rules under the measure.