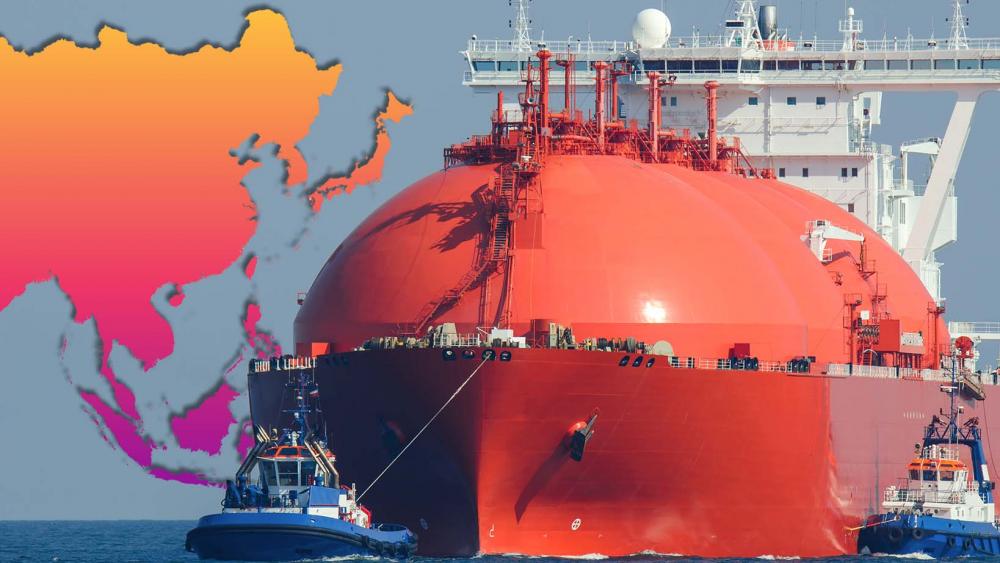 LAUNCESTON, Australia—There are some tentative signs that demand and spot prices for LNG are starting to recover in the top-consuming Asian region, but the vagaries of the way the market for the super-chilled fuel works means producers may not see much immediate benefit.

The spot price for cargoes for delivery to northeast Asia climbed to $2.40 per million British thermal units (MMBtu) in the week to July 17, putting it 30% above the record low of $1.85 in the week to May 29.

While that percentage rise may seem impressive, it’s worth noting that the spot price remains at historically depressed levels, and is about half the price that prevailed at this time last year.

While traders report plentiful cargoes are available, it appears that July may see an uptick in imports in the northeast Asian region, which includes the world’s three biggest LNG buyers, Japan, China and South Korea.

The region is on track to import 15.25 million tonnes of the super-chilled fuel in July, according to Refinitiv vessel-tracking and port data, which was filtered to include only ships that have already discharged, are discharging or awaiting discharge, or expected to arrive and unload their cargoes before the end of the month.

This would be up from 14.43 million tonnes in June and would be the strongest month since March.

Warmer weather across North Asia and a gradual recovery from the economic hit caused by lockdowns to combat the spread of the novel coronavirus are expected to increase LNG import demand in July and August.

The positive demand news does come with caveats for producers.

The first is that the small recovery in demand won’t be enough to offset the surplus in supply, and there will still be too many spare cargoes looking for a home.

Producers in the United States are likely to bear the brunt of the adjustment, as can be seen by the rate of cargo cancellations.

About 40 to 50 cancellations of U.S. LNG shipments were reported for July and August, according to market sources cited by Reuters.

This is likely to drop to around 25 or 26 cancellations by September, some sources said, and may be even as low as 15 to 20 cargoes, according to other sources.

However, the fact that U.S. cargoes are still being cancelled does underline that the global LNG market remains oversupplied, and this will limit the extent of gains in the spot price.

The situation for producers selling cargoes under long-term contracts linked to crude oil prices is somewhat better, but in the next few months they may see revenues drop because of the lag between changes in the crude price and that of linked LNG cargoes.

LNG prices under long-term contracts normally lag changes in crude oil by between three and six months, meaning the period when oil prices collapsed to 17-year lows in April will only hit LNG revenues mainly in the third quarter of this year.

An example of this is Australian producer Santos, which operates the Gladstone LNG project and has a stake in the Darwin LNG plant.

It released second quarter results on July 23, reporting that it received $8.27/MMBtu for its LNG in the April to June period, roughly about four times the spot price during the three-month period.

This is a reflection of Santos’ robust crude-linked pricing, but the chances are it won’t realize as high a price in the current quarter, given this is when the prior weakness in crude prices will reflect in LNG contract prices.

However, by the fourth quarter, the recovery in crude prices that occurred since April will show up again in contract-linked LNG pricing.

Overall, it’s a mixed bag for LNG producers, with some improvement in demand, but not enough to spark a sustained rally, and a modest increase in spot prices being offset by the lagged weakness in crude-linked contract prices.