Cold weather blanketing much of the U.S. this week boosted spot natural gas prices for Nov. 15 to their highest since January in several regions, while natural gas futures slid 10% as investors took profits after a rally that had lifted them to their highest levels in nearly four years.

Front-month gas futures rose as high as $4.929 per million British thermal units (mmBtu) on Nov. 14, their highest since February 2014.

Traders said the cold this week would force utilities to start withdrawing gas from storage caverns that are already around 16 percent below normal for this time of year, prompting concerns of possible gas shortages in some parts of the country later this winter.

Next-day prices for Nov. 15, meanwhile, rose to their highest since January at the Henry Hub benchmark in Louisiana, Dominion South in Pennsylvania and Chicago citygate.

Next-day gas at the Henry Hub rose to $4.57/mmBtu, their highest since January for the fifth day in a row, due to cold weather nationally and as demand at nearby LNG export terminals rose to new highs with the start of new liquefaction trains.

Cheniere Energy Inc. (AMEX: LNG) expects new liquefaction trains at its LNG export terminals in Sabine Pass in Louisiana and Corpus Christi in Texas to enter service in the near future.

Next-day prices at the Dominion South hub rose to $3.68/mmBtu, their highest since January for the seventh day in a row, with the cold weather and as more pipelines entered service in recent weeks, allowing gas trapped in the Marcellus and Utica shale plays to flow to the Midwest and Gulf Coast regions where prices are higher.

The new pipes, including Rover, Atlantic Sunrise, Nexus and Mountaineer, have enabled drillers to boost production in Appalachia and the country as a whole to record highs.

Next-day prices at the Chicago citygate rose to $4.61/mmBtu, their highest for a fifth day in a row on the colder forecasts. 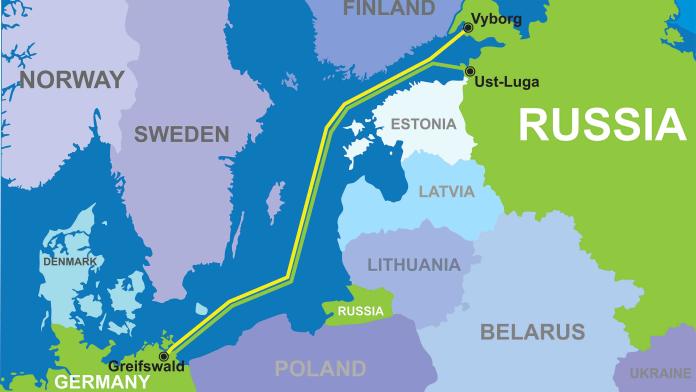 US Report on Nord Stream 2 will Reveal Companies Supporting Project

Sanctions are possible but may take time and depend on White House negotiations with allies and Capitol Hill.