Prices for many Latin American crude grades fell this week to the lowest in more than two decades, meaning a barrel of Venezuelan oil is now worth less than the cost of production. A U.S. government license enabling Chevron to do business with PDVSA despite sanctions on the state-owned firm expires on April 22.

“All contracts and procurement processes by (joint venture) Petropiar have been cancelled, and directions have been given to do the same at Petroboscan,” one of the sources said.

Chevron holds stakes at four oil and gas joint ventures with PDVSA. The Petropiar heavy oil project in the Orinoco Belt and Petroboscan in western Venezuela represent the bulk of the firm’s output in Venezuela, with about 180,000 barrels per day (bbl/d).

Venezuela’s crude output has already fallen by more than 20% in the past month to some 670,000 bbl/d. A drop in maintenance and other fieldwork at the joint ventures could lead to even lower oil production going forward.

In a statement, Chevron attributed the move to a decline in oil prices.

Global benchmark Brent crude plunged to its lowest price in almost 18 years on March 30 while Latin America’s flagship crude, Mexico’s Maya, fell to below $10 per barrel as the coronavirus outbreak continued to shrink fuel demand and a battle between energy powerhouses flooded the market with oil.

“Due to low crude oil prices, adjustments to expenditures, including optimizing contracts and purchases, have been made at the company's non-operated joint ventures in the country," spokesman Ray Fohr said on March 30.

PDVSA, the operator of most joint projects in Venezuela, did not respond to a request for comment.

The Trump administration is considering not renewing Chevron’s license to do business with PDVSA when it expires next month, as Washington seeks to ramp up pressure on Venezuela's socialist President Nicolas Maduro.

Fohr said Chevron is “hopeful” the license will be renewed. He did not elaborate on the firm’s short-term plans, including the management of its staff in Venezuela.

The Venezuelan government published a decree earlier this month suspending public bidding processes that had not yet received offers, to help contain the spread of the coronavirus. That has slowed down work at other PDVSA fields as well, said one contractor.

Bids for a portfolio of Exxon Mobil’s British North Sea oil and gas fields, which is expected to fetch around $1 billion following this year’s oil price weakness, are due on Oct. 28, sources say. 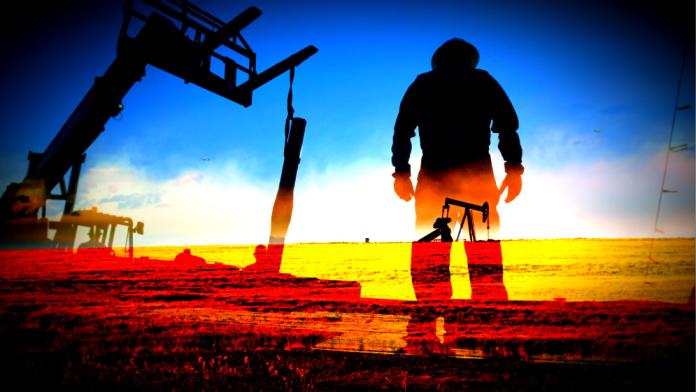 With American giant Exxon Mobil exiting the Dow Jones Industrial Average, it’s hard to imagine a silver lining in a bad year for the industry, but good news—very good news—might be just around the corner.