U.S. LNG company Cheniere Energy Inc. said on Nov. 6 that natural gas and LNG has a key role to play in the global transition to a lower carbon future.

"Natural gas is an affordable, reliable, cleaner burning global fuel source, and we are confident in gas playing an increasingly important role in the global energy mix for many years," Cheniere CEO Jack Fusco told analysts in an earnings call.

"Cheniere delivers abundant, cleaner burning gas from North America to the rest of the world so it can displace dirtier fuel sources like coal and oil, helping these countries achieve their environmental goals," Fusco said.

He said his comments followed "an increasing number of questions from shareholders regarding the global energy transition and the role of gas and LNG in a lower carbon future."

In response to an analyst question about reports that French energy company Engie SA pulled out of a deal to buy LNG from U.S. LNG developer NextDecade Corp. due to French government concerns about its environmental implications, Fusco said "It hasn't come up with us yet, but we are anticipating it."

"The focus on decarbonization is here, it's here to stay ... We're moving forward with quantifying what we can do to make our product much more desirable in the event that we need to," Fusco said.

Cheniere continues "to seek ways to further reduce the environmental footprint of our operations" and help the company's suppliers and customers meet their environmental goals by offering products like LNG for the marine fuel market.

"We are confident that gas and particularly LNG has a key role to play in the global transition to a lower carbon future, given its place at the intersection of reliably powering economic activity and providing a cleaner energy source," Fusco said.

TDI-Brooks International, under contract to TGS, said April 2 it has completed its offshore “seep-hunting” surface geochemical analysis and geotechnical campaign of the MSGBC Basin, from Northern Senegal through The Gambia and AGC zone, into Guinea-Bissau down to the Guinea transform fault. 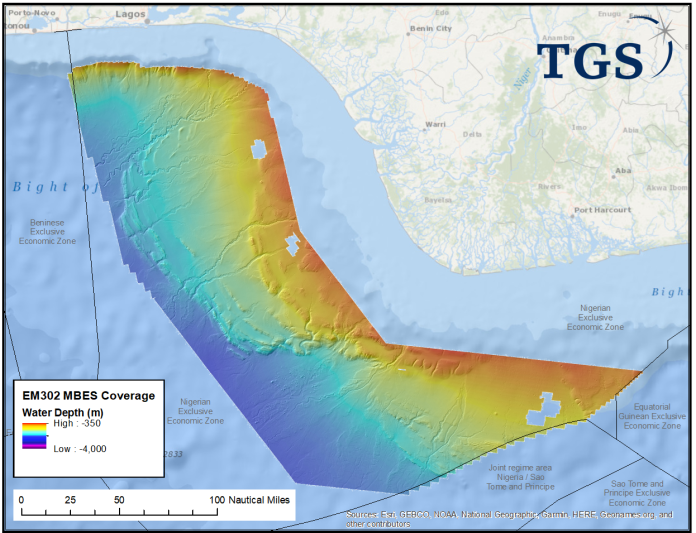 TDI-Brooks International Inc. has completed the offshore multibeam phase for TGS offshore the Niger Delta, the company said on May 15.