Pieridae Energy moved closer to building a LNG export terminal on Canada's East Coast after taking ownership of fields from Royal Dutch Shell which will feed gas into the plant, the company said.

The Goldboro LNG terminal would be the first on Canada's East Coast and compete with the growing number of plants on the U.S. Gulf Coast, hoping its shorter distance to Europe and further west will help sell its LNG by cutting shipping costs.

Pieridae said in a statement late on Oct. 17 it had closed a $145 million acquisition of Shell's gas assets in Alberta's Foothills region, giving it most of the gas needed to supply the first of two plants at the Goldboro terminal.

"We will now complete our negotiations with Kellogg Brown & Root Limited for a fixed price contract to construct the Goldboro LNG facility so that we can then proceed to complete the project financing and final equity raise and make a final investment decision (FID)," Pieridae CEO Alfred Sorensen said.

The Canadian LNG industry has been slower than its U.S. counterpart to take advantage of soaring gas demand around the world and build export plants, in part due to securing feedstock supplies for the terminals.

This contrasts to the U.S. Gulf Coast, where there is so much gas being produced thanks to the shale revolution, some producers have had to pay buyers to take it off their hands. This makes it easier for LNG projects there, which tend to buy gas rather than own gas assets.

Five large LNG export terminals operate in the United States including the 25 million tonne a year (mtpa) Sabine Pass, operated by Cheniere Energy. By contrast, there are no operating LNG export facilities in Canada although Shell has begun constructing a massive one on the West Coast.

Unusually for LNG projects in the developed world, Pieridae has a $4.5 billion German government guarantee and has one German buyer, Uniper, for all 5 million tonnes a year produced by its first train, a large contract by industry standards.

Pieridae said the Shell deal allows it to begin to leverage a $1.5 billion of the German government guarantee for the upstream gas production part of its project. The rest of the guarantee applies to the construction of the terminal itself.

Germany, as yet, has no facilities to import LNG but three import terminals have been proposed, including in Wilhelmshaven, a project owned by Uniper Global Commodities.

Europe's gas production is expected to fall in future years with the shutdown of the huge Dutch Groningen gas field and the gradual depletion of reserves in the North Sea.

As part of Germany's involvement in the project, 1.5 million tonnes of LNG sold to Uniper must land in the Netherlands and the subsequent regasified gas shipped to Germany by pipeline, Pieridae's corporate documents showed.

Biden Administration Probing Why Gasoline Prices Are Not Falling

“There’s lots of evidence that gas prices should be going down but they haven’t,” U.S. President Joe Biden said on Sept. 16, adding his team was “taking a close look at that.”

FTC to Crack Down on ‘Unlawful’ US Oil Industry Mergers

FTC Chair Lina Khan told the White House in a letter last week that she also promised to start an investigation of abuses in the “franchise market” for retail fuel stations, among other steps. 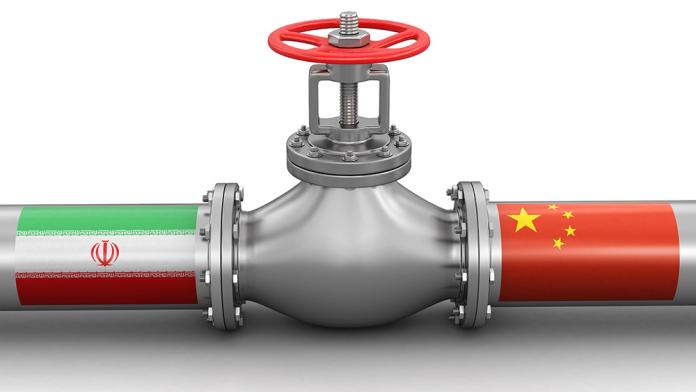