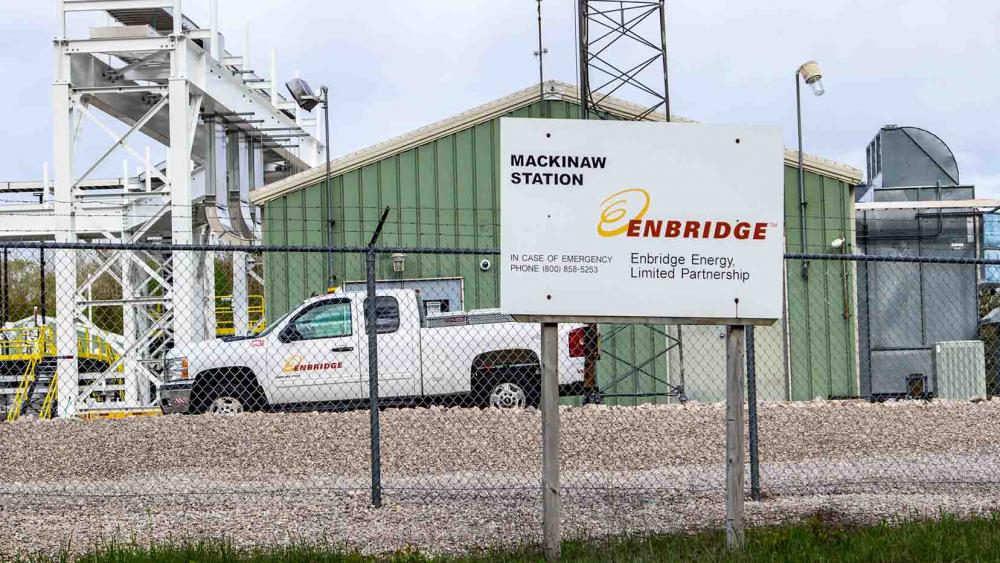 A Line 5 oil pump station at the Straits of Mackinaw. (Source: ehrlif/Shutterstock.com)

CALGARY, Alberta—Canada will take whatever measures are needed to keep the Line 5 oil pipeline open, Natural Resources Minister Seamus O’Regan said on March 4, as the deadline for a shutdown order from the U.S. state of Michigan looms.

Michigan last November ordered pipeline owner Enbridge Inc. to shut down Line 5, which ships 540,000 barrels a day (bbl/d) of crude oil and propane from Canada, in May because of concerns the 68-year-old pipeline could leak into the Great Lakes.

O’Regan’s comments came after Michael Grant, assistant deputy minister for the Americas at the Canadian foreign ministry, said on March 2 that Canada could turn to the Transit Pipelines Treaty of 1977, which provides for the unimpeded flow of petroleum products in pipelines linking the two nations.

“We are preparing to invoke whatever measures we need to in order to make sure Line 5 remains operational,” O’Regan told a parliamentary committee. He declined to comment specifically on the government’s legal strategy.

O’Regan, who spoke with U.S. Energy Secretary Jennifer Granholm on March 3, said he was confident Enbridge and Michigan would be able to come to an agreement, but the Canadian government was fighting “on every front” for Line 5.

Pipeline opponents have been encouraged by U.S. President Joe Biden revoking a permit for the Keystone XL (KXL) pipeline in January, despite protests from Ottawa.

Prime Minister Justin Trudeau’s Liberal government was criticized by oil-producing provinces and the energy industry for failing to safeguard KXL, and is under pressure to ensure Line 5 does not also get shut down.

“It’s vital to Canadian energy security and to America’s. We raised Line 5 directly with the president, and we are looking at all our options,” O’Regan said.

Unlike KXL, which was under construction when its permit was revoked, Line 5 is currently in service.

Enbridge is fighting the shutdown order in federal court and has proposed building an underwater tunnel to house the pipeline where it runs beneath the Straits of Mackinac in the Great Lakes.