The government’s 4.2 MMbbl estimate of the spill size was rejected by U.S. District Judge Carl Barbier, decreasing the potential maximum fine from $18 billion. BP estimated the flow at 2.45 MMbbl. The maximum possible fine would still be the largest U.S. pollution penalty.

The ruling on the spill’s size sets the stage for a trial next week in New Orleans at which Barbier will determine the amount of the fines, based on the law’s provision for as much as $4,300/bbl released and factors such as what BP did to minimize or mitigate the effects of the disaster.

BP still faces multiple claims by private parties and state governments. The company reached an estimated $9.7 billion settlement of claims from most private parties who alleged they were harmed by the spill. The company didn’t settle with banks, casinos, local governments and businesses claiming harm from the deep-water drilling moratorium imposed by the government after the spill. Louisiana, Alabama and other Gulf states are also seeking unspecified damages for harm to natural resources.

“Today’s ruling is a major victory for BP and reduces by billions their potential liability,” said David Uhlmann, a law professor at the University of Michigan and former head of the Justice Department’s environmental crimes division.

“A fine in excess of $10 billion remains possible but is now less likely,” Uhlmann said in an e-mail.

The London-based oil company has set aside $3.5 billion to cover the pollution fines. It has already spent more than $28 billion in spill response, cleanup and claims. It reached a $4.5 billion settlement of criminal allegations in 2012.

The company had taken a $43 billion charge to cover all the costs, according to an Oct. 28 earnings statement. The ultimate cost is “subject to significant uncertainty,” BP said.

“BP believes that considering all the statutory penalty factors together weighs in favor of a penalty at the lower end of the statutory range,” he said.

Barbier isn’t likely to fine BP more than $9.2 billion, Fadel Gheit, an analyst at Oppenheimer & Co., said today in an interview. Gheit bases this estimate on the 67 percent proportion of fault for the incident Barbier assigned to BP. The fine may be as low as $3.5 billion, Gheit said.

BP deserves credit for its response to the spill, which should bring down the ultimate fine, Gheit said.

“They went beyond what any other company would do,” he said. “I would hope the judge takes this into consideration.”

Wyn Hornbuckle, a Justice Department spokesman, said the agency was reviewing the ruling.

Anadarko Petroleum Corp., which owned a 25% share of the doomed well, will also be a defendant in the penalty phase of the trial. Barbier previously ruled Anadarko wasn’t responsible for the spill and is on the hook for pollution fines as a part owner of the well. The U.S. said last month it was seeking no more than $1 billion from Anadarko, which is based in the Woodlands, Texas.

“Today’s ruling regarding the volume does not change the court’s previous findings that we had no direct operational involvement in this event,” John Christiansen, an Anadarko spokesman, said in an e-mail.

BP didn’t extend the spill by lying about its size or misrepresenting the efforts to contain it, Barbier found.

“BP was not grossly negligent, reckless, willful or wanton in its source control planning and preparation,” Barbier said.

The blowout of the Macondo well off the coast of Louisiana in April 2010 killed 11 people aboard the Deepwater Horizon drilling rig and spewed oil for almost three months into waters that touch the shores of five states.

The accident sparked thousands of lawsuits against BP, as well as Vernier, Switzerland-based Transocean Ltd., the owner of the rig that burned and sank, and Houston-based Halliburton Co., which provided cementing services for the project.

Transocean’s $1 billion settlement with the U.S. in 2013 is the largest civil penalty for Clean Water Act violations, according to the Environmental Protection Agency.

Barbier conducted two trial phases in 2013, one on fault and gross negligence, the other on the size of the spill and the efforts to contain it.

Lawyers for the U.S. and oil-spill victims contended in the first phase that BP was over budget and behind schedule, prompting it to cut corners and ignore safety tests showing the well was unstable.

They alleged that Halliburton’s cement job was defective and that Transocean employees made a series of missteps on the rig, including disabling safety systems and failing to adequately train its crew and maintain the installation.

BP Exploration & Production is “subject to enhanced penalties under the Clean Water Act” because the discharge of oil was the result of its gross negligence and willful misconduct, Barbier held Sept. 4.

BP has appealed that decision.

In the second phase of the trial, which ended in October 2013, the U.S. government contended BP’s well put 4.2 MMbbl of oil into the Gulf before it was capped almost three months later. BP estimated the flow at 2.45 MMbbl.

Both agreed that their numbers would have been higher if 810,000 bbls hadn’t been captured by a siphoning device at the wellhead.

Barbier concluded that 4 MMbbl of oil spewed from the well, and he subtracted the amount captured at the wellhead. That left 3.19 MMbbl that will be considered in determining the civil penalty, he said.

In the penalty phase, Barbier will consider eight criteria in setting the fine, including the seriousness of the violation, the degree of culpability, any history of prior violations, any other penalties for the same incident, and what BP has done to minimize or mitigate the effects of the spill.

Barbier also must consider the possible economic impact of any penalty on the company.

The U.S. said in court papers last month that it was seeking $16 billion to $18 billion in fines, based on its estimate of the size of the spill.

The case is In re Oil Spill by the Oil Rig Deepwater Horizon in the Gulf of Mexico on April 20, 2010, MDL-2179, U.S. District Court, Eastern District of Louisiana (New Orleans). 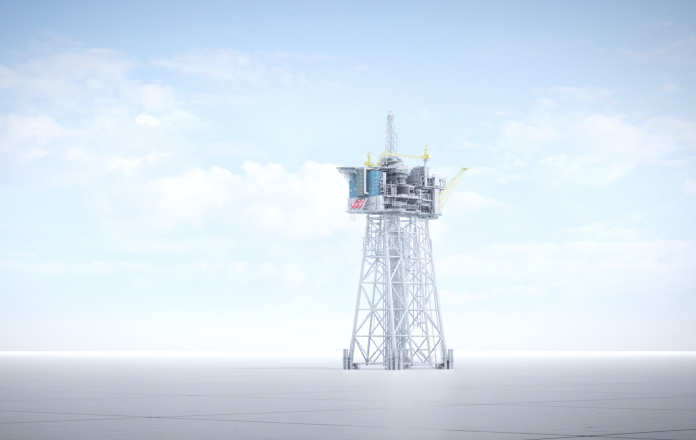 OTC 2019: BP Plans To Develop Offshore Platform Of The Future