U.S. energy firms cut the most oil rigs in a month in April since 2015 with oil prices down over 70% since the start of the year as steps to curb the coronavirus pandemic cut global crude demand faster than producers can shut wells, causing storage tanks to fill rapidly.

Drillers cut 60 oil rigs in the week to April 24, bringing down the total count to 378, the lowest since July 2016, energy services firm Baker Hughes Co. said in its weekly report.

The oil rig count, an early indicator of future output, is down 53% from the same week a year ago when 805 oil rigs were active.

More than half of the total U.S. oil rigs are in the Permian basin in West Texas and eastern New Mexico, where active units dropped by 37 this week to 246, the lowest since December 2016. That was the biggest weekly cut since February 2015.

Analysts at Raymond James projected total U.S. oil and natural gas rigs would collapse from around 800 at the end of 2019 to a record low of around 400 by the middle of the year and around 200 at the end of 2020. The investment bank forecast the rig count would average a mere 225 rigs in 2021.

The total number of oil and gas rigs active in the United States was down 64 to 465 this week, closing in on the all-time low of 404 rigs during the week ended May 20, 2016, according to Baker Hughes data going back to 1940. In Canada, meanwhile, the total oil and gas rig count fell to a record low of 26, according to Baker Hughes. The prior all-time low was 29 rigs during the week ended April 24, 1992.

U.S. crude futures traded around $17 per barrel April 24, putting the contract on track for a third straight weekly loss as production shutdowns failed to keep pace with the collapse in demand caused by the coronavirus crisis.

Looking ahead, U.S. crude was trading higher at above $24 per barrel for the balance of 2020 and below $32 for calendar 2021 on expectations demand will jump in coming months as the economy snaps back after governments loosen travel and work restrictions once the spread of coronavirus slows. That compares with an average of $57.04 in 2019.

U.S. financial services firm Cowen & Co. said 32 of the independent E&P companies it tracks have cut their spending plans since the failed OPEC+ oil production cut agreement between Russia and Saudi Arabia on March 6, implying a 41% year-over-year decline in 2020 capex.

Delfin expects to make an FID this year. 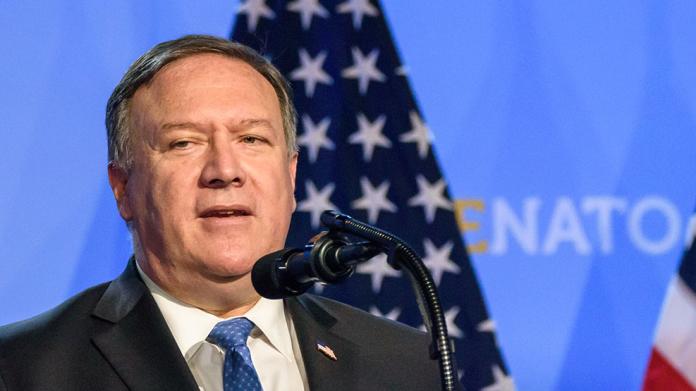 Pompeo: Investors in Russian Pipeline Projects at Risk of Sanctions

US targets participants in the Nord Stream 2 and Turkstream natural gas projects.

AiRXOS, a leading provider of unmanned traffic management (utm) solutions, on July 15 revealed a comprehensive unmanned aircraft systems (UAS) solution for energy organizations to plan, schedule, operate and monitor all facets of their UAS operations from a single platform.