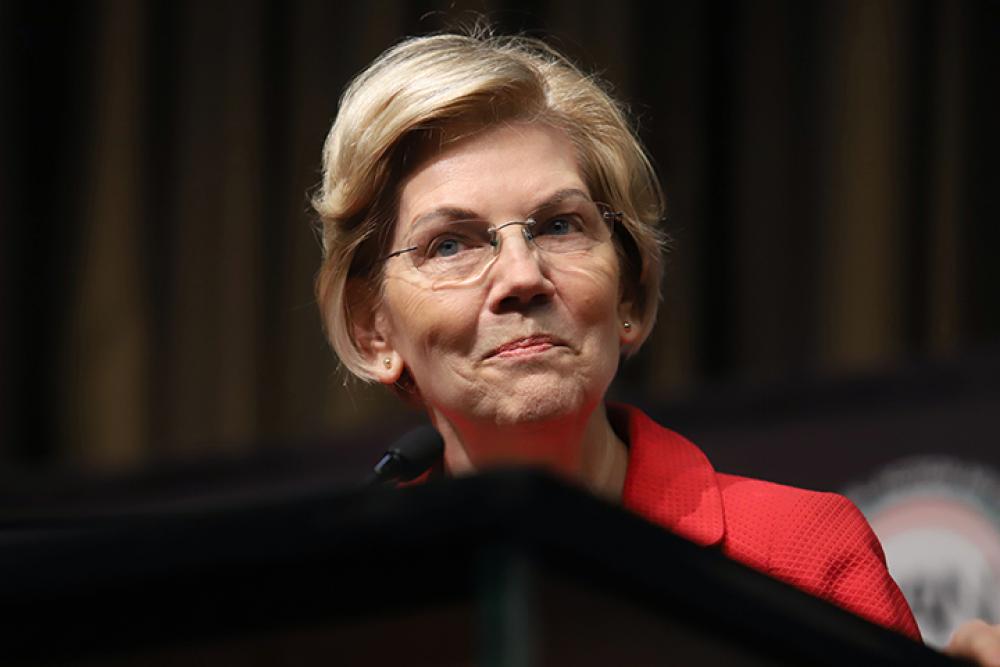 Democratic presidential candidate Elizabeth Warren recently said, if elected, she would call for an immediate nationwide ban on hydraulic fracturing. Other candidates have hinted at similar positions. According to Michael Cemblest of JP Morgan Asset Management, who says it doesn’t matter, it’s what it may mean that is important.

“The United States has undergone an energy boom recently which has finally erased the long-standing U.S. net energy deficit,” Cemblest wrote in an analyst note Sept. 13. “This outcome is mostly the consequence of hydraulic fracturing.”

He released charts to prove it. 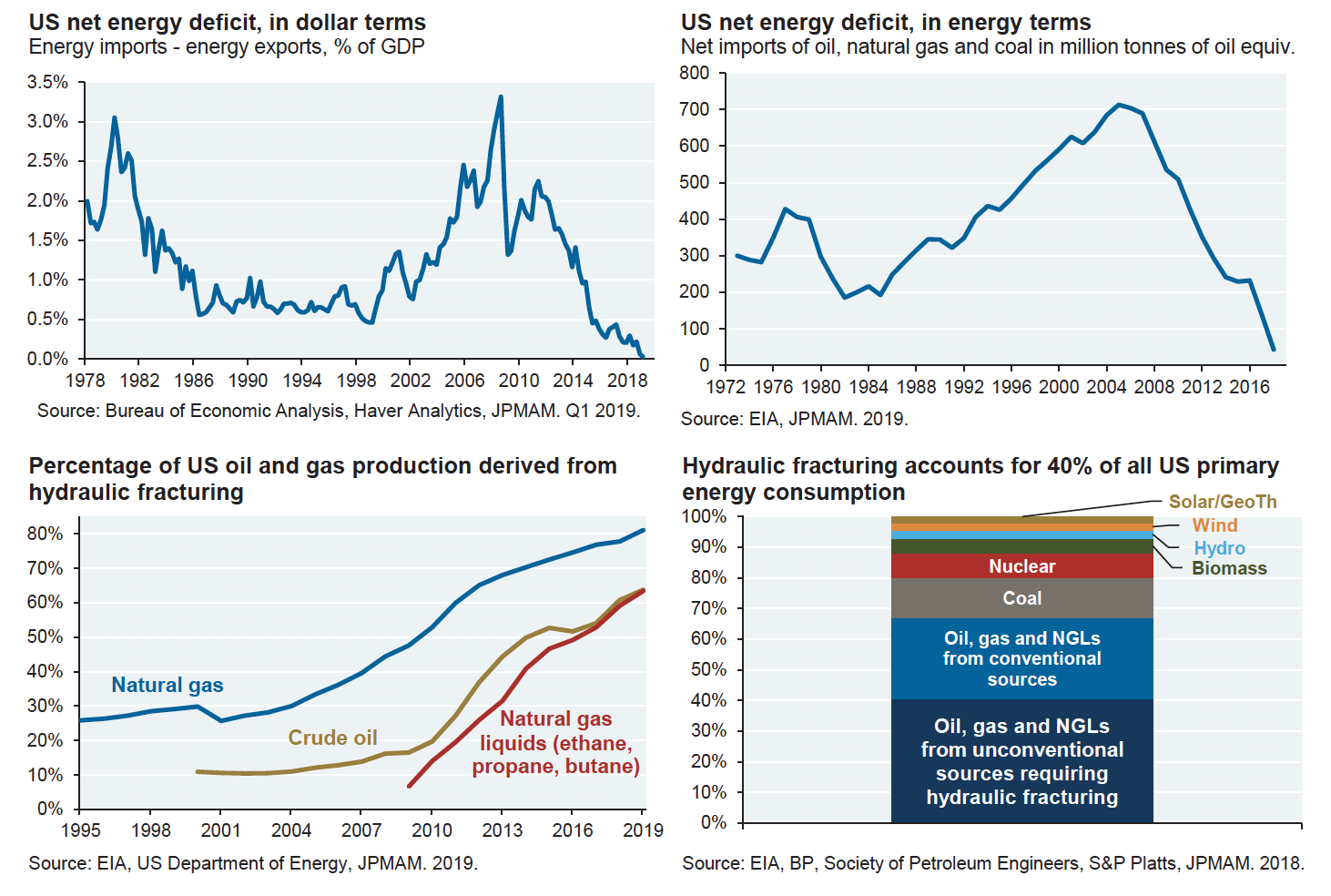 He argued that many of the issues associated with hydraulic fracturing can be addressed through regulation and oversight, rather than via an outright ban. “Hydraulic fracturing and wastewater handling is much less complex than other industrial and energy processes such as crude oil refining and nuclear power,” he wrote.

“While U.S. renewable power generation is growing, the pace is not fast enough to abandon fractured natural gas and oil given U.S. goals of decommissioning aging coal and nuclear power plants, and reducing reliance on foreign oil,” he continued. “Natural gas is a critical complement to intermittent renewable energy in the absence of a nationwide electricity grid  and cheap energy storage.”

And then he asks a poignant question, “Have proponents of an immediate ‘cold turkey’ ban on 40% of the U.S. energy supply thought through possible consequences for growth, employment, energy prices, energy independence, the dollar, geopolitical/military risks and productivity? For a variety of economic and geological reasons the U.S. energy boom will not last for decades, but the consequences
of bringing it to an abrupt end are almost certainly not well understood.”

However, a New Hampshire siting committee unanimously rejected the proposal since it worried that the 192-mile transmission line would disrupt streets and harm tourism.

Concessions by the Northern Pass group to bury 52 miles of the route and set aside 5,000 acres of preservation and recreation land were insufficient to change the outcome.

In July 2019, the New Hampshire Supreme Court rejected and killed the proposal.

The non-profit grid regulator ISO New England warned last year that the region's power system may soon be unable to meet electricity demand and maintain reliability without some degree of emergency actions such as rolling blackouts and controlled outages.

And Cemblest pointed out, “the U.S. generates over 4 billion MWh of electricity each year, but only has around 1,500 MWh of utility-scale energy storage. Pumped-storage hydropower in geological reservoirs accounts for 95% of storage capacity.”

The existing Medallion pipeline is a network of approximately 800 miles of 6-inch and larger crude oil pipeline in the Midland Basin.