Most North Sea oil and gas fields can make money at $30 per barrel, but stakeholders in the fields that have to be shut in the current price rout are set to face a huge bill for removing facilities like platforms and subsea infrastructure, Wood Mackenzie said.

The North Sea between Britain and Norway, home of the Brent crude stream that underpins global oil prices, is one of the world’s oldest and most expensive oil basins.

Crude oil prices have posted four straight weeks of losses and dropped more than 60% since the start of the year.

Oil and gas producers across the globe are slashing budgets.

Last week, Britain’s oil and gas sector called on the government to help it survive, as the oil price crash triggered the first field shutdowns.

“In the short term, the North Sea can survive. Cost reductions achieved during the last downturn mean 95% of onstream production is ‘in the money’ at $30 a barrel,” Wood Mackenzie North Sea upstream analyst Neivan Boroujerdi said.

“But close to a quarter of fields will run at a loss in this price environment. The major concern here is not volumes. Early shut-ins would accelerate $20 billion in decommissioning spend.”

If oil and gas companies cannot pay for decommissioning, taxpayers may ultimately be liable.

With oil service companies, which provide physical assets, engineering and staffing services to producers, already squeezed since the last oil price slump in 2016, most savings are likely to come from cutting future development, rather than current operations.

“Annual investment in the UK could fall below $1 billion as early as 2024. The threat of stranded assets is real—we estimate nearly 6 billion barrels... could be left in the ground,” Woodmac said.

The deal between the Norwegian Shipowners’ Association and the Industri Energi, Safe and DSO labor unions comprises around 7,500 workers. 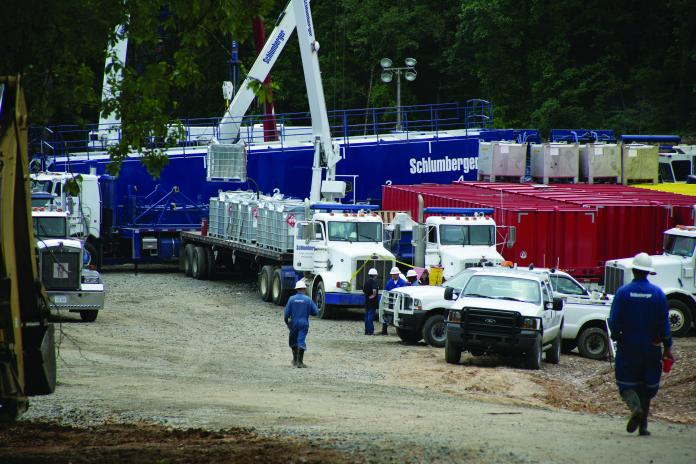 The sale of the OneStim fracking business by Schlumberger to Liberty Oilfield Services is expected to create one of the largest pressure pumping companies in North America.