Plentiful oil supplies are pinning oil prices near a two-year low as the U.S. extends its campaign against Islamic State militants into Syria.

Brent crude, which has traded below $100 a barrel for more than two weeks, touched $95.60 a barrel Sept. 24, the lowest since July 2012, after the broadest Arab-U.S. military coalition since the 1991 Gulf War struck Islamic State targets in Syria. U.S. aircraft began bombing the group six weeks earlier in Iraq, OPEC’s second-largest producer and holder of the world’s fifth- biggest reserves.

“The impact for oil prices from the U.S. airstrike is effectively zero,” Giovanni Staunovo, an analyst at UBS AG in Zurich, said by e-mail. “The market focus has shifted from supply risks to oil glut fears to weak oil demand from China, Europe and Japan.”

An increase in global crude supply that prompted the Organization of Petroleum Exporting Countries to consider cutting its production target is helping to calm markets in the face of potential output disruptions, according to the International Energy Agency. Oil demand is growing at its slowest since 2011, while the U.S. shale boom means production outside OPEC is rising by the most since the 1980s, the Paris- based IEA said in a monthly report Sept. 11.

U.S., Saudi Arabia and United Arab Emirates warplanes attacked 12 modular oil refineries yesterday in eastern Syria controlled by Islamic State, U.S. Central Command said in an e- mailed statement. The strikes against the refineries are the latest by the U.S. and its allies, which also include Jordan, Bahrain and Qatar. Earlier attacks struck an Islamic State finance center.

“The current attacks won’t in the short term defeat ISIS,” Gala Riani, a Middle East analyst at consultants Control Risks in London, said yesterday by phone, using a former acronym for Islamic State. “In Iraq they’ve already shifted tactics, for example, by moving in smaller groups to avoid attack, and they will probably also do so in Syria.”

Brent, a benchmark used to price more than half the world’s oil, surged to a nine-month high in June after the militants emerged from Syria, where they had seized land and oil fields, to capture large parts of northern Iraq.

While fighting in Iraq has spurred companies including BP Plc and Exxon Mobil Corp. to evacuate workers from the country since June, the country pumps and exports most of its crude from its Shiite-dominated southern region, where Islamic State’s Sunni insurgency has had little impact. The conflict has largely spared the south, home to about three quarters of Iraq’s oil production according to the U.S. Energy Information Administration.

Iraqi oil exports will increase this month to 2.5 million barrels a day, up 5.5 percent from August, because of better stability of shipments from southern terminals, Abdul Ilah Qassim, an adviser to the government’s Council of Ministers, said by phone.

“There is limited amounts of infrastructure that the Islamic State could easily reach out and attack that it doesn’t already control, even if it wanted to retaliate,” Richard Mallinson, an analyst at Energy Aspects Ltd. in London, said by phone.

Iraq’s export pipeline from northern oil fields into Turkey has been out of operation since March 2, and the central government now exports all its crude by sea from southern terminals. The semi-autonomous Kurds of northern Iraq are producing crude and exporting it without the government’s approval through their own pipeline to Turkey.

“Most of the production in the regions controlled by Islamic State is already lost to the market,” Mallinson said. “Syrian production was lost several years ago early in the civil war there, and Iraqi production in the north has been shut in or disrupted for several months now.”

Syria produced 56,000 barrels a day of crude in 2013, while Iraq pumped 3.141 million that year, according to data from BP. Syria’s crude reserves of 2.5 billion barrels are a fraction of Iraq’s 150 billion, the data show.

U.S. crude production climbed to 8.87 million barrels a day last week, the highest level since 1986. A combination of horizontal drilling and hydraulic fracturing, or fracking, has unlocked supplies from shale formations.

“The perception that we are facing a well-supplied market now, partly because of rising U.S. production, means there is a lot less concern about problems with oil supply disruption,” Michael Lynch, president of Strategic Energy & Economic Research in Winchester, Massachusetts, said.

Concerns for the long term remain, Mallinson said. Non-state armed groups in the Middle East and North Africa, including Libya, with Africa’s biggest oil reserves, continue to wield military might and challenge the authority of governments.

“At the moment there’s not so much impact for prices because there’s no distortion of supplies yet, but it is destabilizing the situation in the whole region,” Eugen Weinberg, head of commodities research at Commerzbank AG, said yesterday by phone from Frankfurt. “The real concern is whether Islamic State will infiltrate Sunni states like Saudi Arabia -- then it’s a grave danger.” 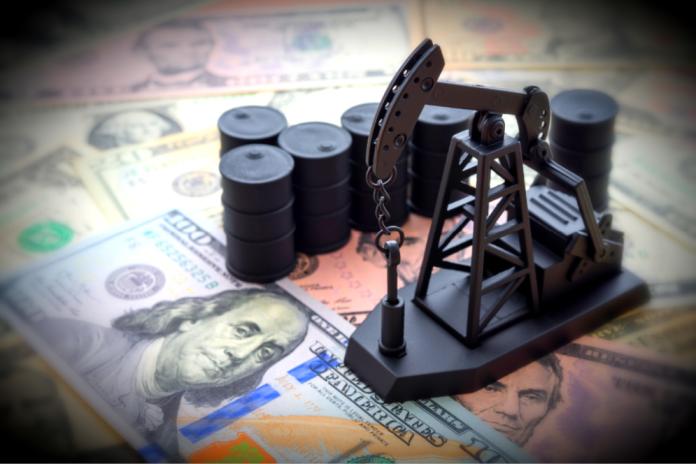 What the Oil Downturn Means for Capital Providers

While some private-equity investors have closed new funds, others are looking for ways to navigate market volatility.