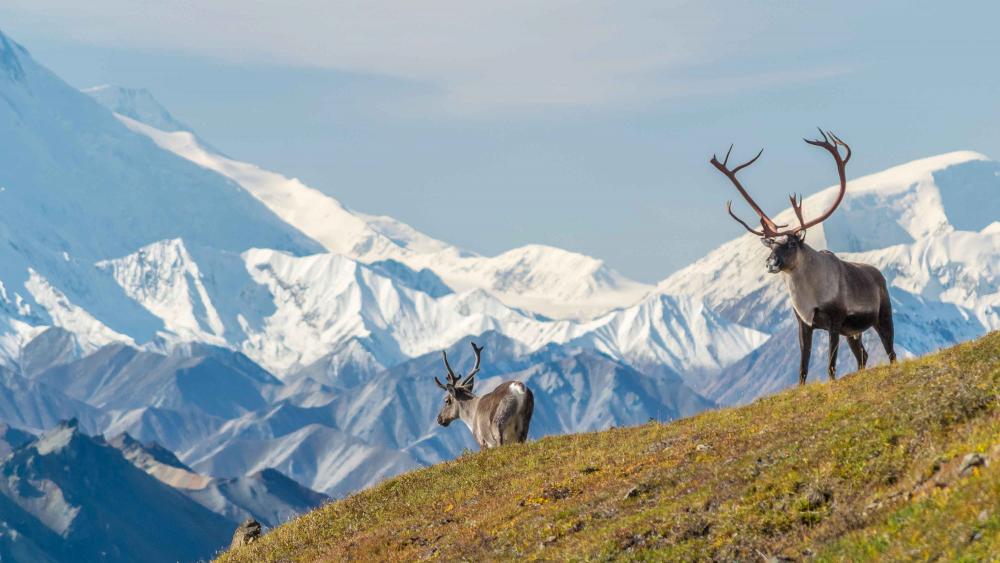 Caribou near Mount Denali in Alaska. A FERC report said caribou would be subject to "adverse and significant" impacts by a proposed LNG project. (Source: Shutterstock.com)

A U.S. energy regulatory report for Alaska Gasline Development Corp.’s proposed Alaska LNG project found it would provide economic benefits to the state but could cause some significant adverse environmental impacts.

In the final environmental impact statement (EIS), issued on March 6, staff at the Federal Energy Regulatory Commission (FERC) concluded that most environmental impacts “would be reduced to less than significant levels with the implementation of proposed or recommended” measures.

But it added: “Some impacts would be adverse and significant,” including to the permafrost, wetlands, forest and caribou.

The EIS is a mandatory step toward gaining federal approval to build and operate the project. FERC is the federal agency responsible for authorizing onshore LNG facilities for the export of natural gas.

FERC is scheduled to issue its final order for the project in June.

“The final EIS is a milestone in the Alaska LNG permitting process—a process still with significant hurdles,” Alaska Gov. Mike Dunleavy said in a statement.

“We look forward to reviewing the EIS and receiving the record of decision from FERC, at which point we will evaluate our next steps,” Dunleavy said, noting the project must be led by private enterprise.

Alaska Gasline, which has estimated Alaska LNG would cost about $43.4 billion, has signed agreements with BP PLC and Exxon Mobil Corp to help advance the development of the project.

BP and Exxon Mobil produce massive amounts of oil in Alaska and have discovered huge gas resources that are stranded in the North Slope. The project would allow that gas to access markets around the world.

Alaska LNG is designed to liquefy about 3.5 billion cubic feet per day (Bcf/d) of gas from a facility to be built in Nikiski on the Kenai Peninsula southwest of Anchorage. It includes an 807-mile pipeline from the North Slope.

Alaska LNG is just one of more than four dozen LNG export projects under development in the United States, Canada and Mexico, including at least two others in Alaska.

Just looking at projects under construction, U.S. LNG capacity is expected to jump to 10 Bcf/d by the end of 2020 from 8.5 Bcf/d now, putting the country on track to become the world’s biggest LNG exporter by the mid-2020s.

BJ Services has entered into a multiyear contract with Aethon Energy on March 11 for the deployment of the company’s first TITAN next-generation fracturing fleet in the Haynesville shale.