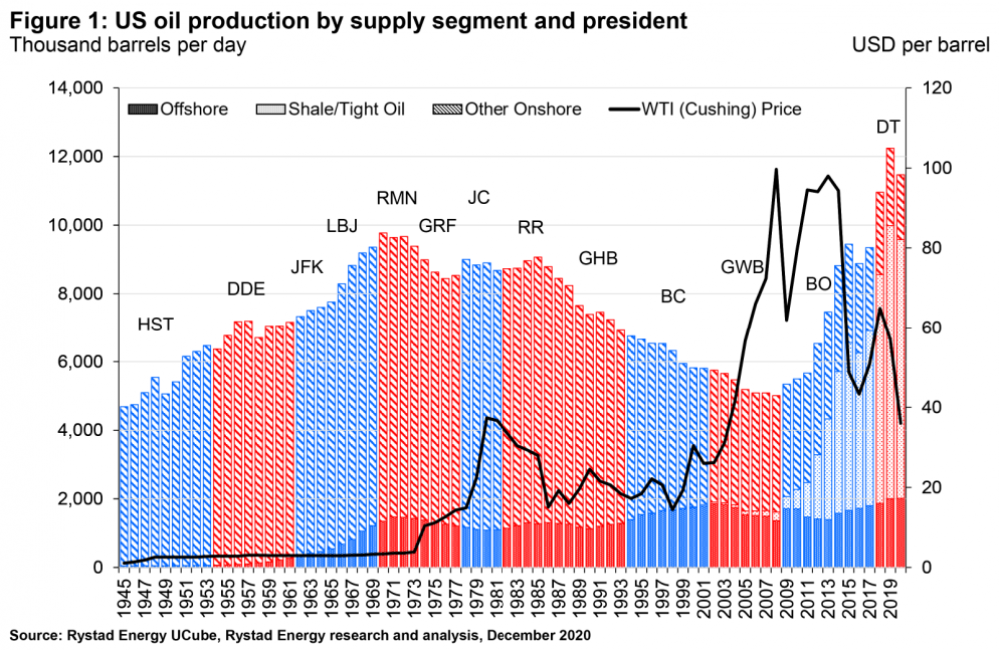 With the US presidential election now in the rear-view mirror, oil and gas producers and the broader associated businesses – from services companies, equipment manufacturers to truckers – are closely monitoring the outlook for this industry as President-elect Joe Biden responds to calls from a section of his base for swift climate action. The seasoned politician will have to strike a fine balance between the aspirations of young voters seeking stringent measures on issues such as emissions and a fracking ban, with a sector that has helped propel the US to the league of top global producers in less than a decade, and was a key driver of jobs growth. With exports surging to 3 million barrels per day before the Covid-19 pandemic hit, the US also helped plug major holes in the global supply chain with disruptions in output from major exporters such as Libya, Iran and Venezuela. That’s kept pump prices for gasoline and other fuels under control and ensured macroeconomic stability with benign inflation rates.

While the shale boom began under President Barack Obama, President Donald Trump, a self-proclaimed American oil champion, reversed and revised many climate initiatives of the previous government, perhaps quickening the decision-making process for companies and supporting their ability to grow production rapidly following a recovery in prices after an initial crash in 2015. A key component of Trump’s assistance to the industry was a 14% corporate tax break in 2017 for operators, part of his signature legislation to reduce US corporate taxes to make companies more globally competitive. Besides the tax break, and following on from his 2016 campaign pledges, President Trump relaxed various energy and environmental sector policies. Just four days after being sworn into the White House, on 24 January 2017, the president signed executive orders to allow construction work to begin on the divisive Dakota Access and Keystone XL oil pipelines. These proposals were previously vetoed by President Obama, partly due to environmental concerns in Nebraska. If built, Keystone XL would provide the US with improved access to supplies from Canada and transport links from North Dakota, Montana and Oklahoma to Gulf coast refineries, in addition to creating jobs, additional tax revenue and investment from the industry. On 4 August 2017, barely six months after Trump’s inauguration, the administration submitted a formal request to withdraw the United States from the Paris Climate Deal, a United Nations-led agreement to address and combat climate change.

The full article details 2021-2023 price forecasts for Brent, our outlook on what fracking bans could look like and where they could occur, and dives deep into our estimates for renewable energy additions. Register your details now to download the full article.