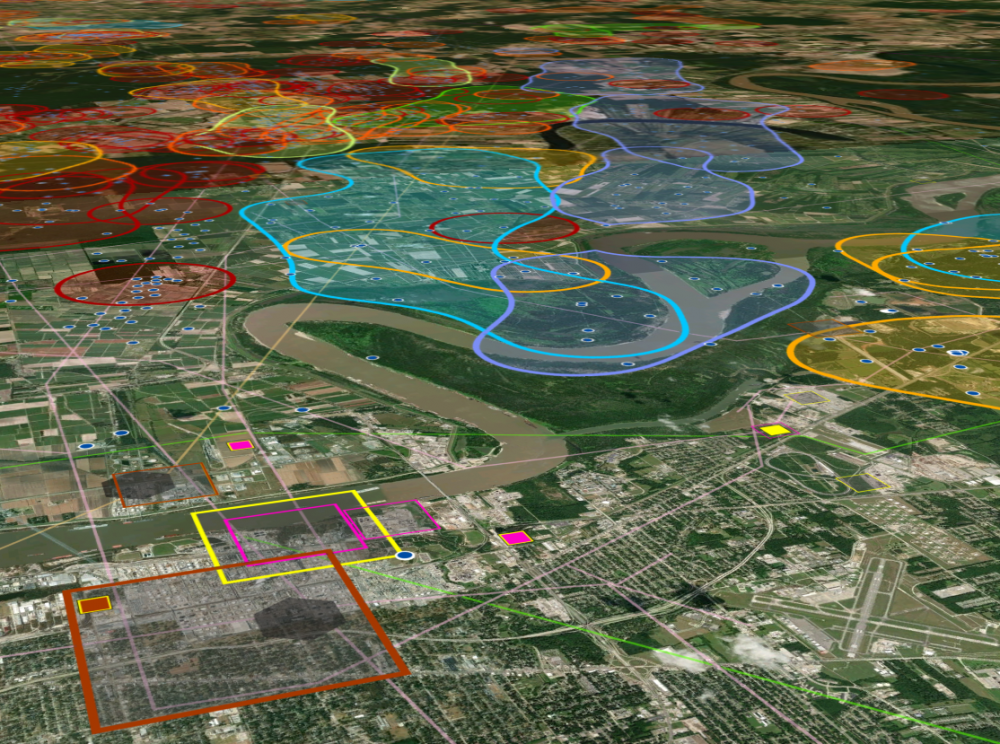 The largest energy projects of the next decade and beyond will be combinations of oil and gas, offshore wind, and Carbon Capture and Storage (CCS). As budgets come under greater scrutiny and competition in alternative energy solutions increases, companies must maximize existing data resources to model potential investment returns and assess risk more accurately. Energy data specialists such as TGS are developing the right tools to identify and release opportunities within each of these sectors more efficiently.

In the years immediately prior to 2020, the most significant investments in the development of new global energy resources were often oil and gas projects. Exxon's Liza Destiny FPSO, one of several to be installed in their Guyana acreage, is a typical example at a cost of $3.5billion. Oil and gas projects will continue to represent some of the largest energy industry investments over the next decade. However, integrated energy companies are increasingly considering investments in capital-intensive developments such as offshore wind, CCS and other energy transition theme initiatives. Each business decision within these industries requires specific geoscience and real-world market insights to support the business case. Along with traditional tools associated with seismic and well logs, energy data specialists are developing additional solutions that support the most critical decisions within each of those themes.

The relevance of offshore wind to oil and gas explorers.

As an example of the diversification of traditional energy data sources, in May 2021, TGS acquired 4C Offshore, the world's leading market intelligence company specializing in offshore wind. At the core of 4C's analysis sits a bespoke, authoritative platform known as ForeSEE- providing critical business insights for every existing and proposed offshore wind farm globally. This unique tool allows users to analyze every element of offshore windfarm development- from pre-bid assessment, consent application, construction and through to ongoing operational requirements.

Crucially, the relevance of the ForeSEE platform is not limited to pure-play offshore wind companies. An increasing number of leases are now bid upon, awarded to, and operated by companies traditionally associated with oil and gas production. The diversification strategies of the likes of Equinor, Shell, Total, BP and ENI are well-publicized. Still, some readers may be surprised to learn that even the less vocal ExxonMobil has an interest in offshore wind projects through the Hywind Tampen project. This project consists of an offshore wind farm under pre-construction development in Norway designed to power two oil platforms.

Analysis from 4C Offshore reveals that traditional oil and gas companies hold worldwide interests in 64 offshore wind farms, representing a total planned capacity of over 39GW; greater than the entire existing offshore capacity at the end of 2020. Once developed, these projects will contain over 2,300 turbines. The majority of these projects, individually, carry costs comparable with a typical offshore oil and gas development; Equinor's Dogger Bank A (one of three on Dogger bank due to start in Mid 2022) has a predicted project budget of $3Billion.

Increased competition from oil and gas companies is a relevant challenge to all companies participating in offshore wind, no matter their background, as their influence rapidly grows. It is worth noting that, in the recently-closed Scotwind lease round, 5 out of the 14 bid groups included an oil and gas company. Market intelligence companies in the offshore wind sector, such as 4C Offshore, pride themselves on providing a powerful database of information to allow new offshore wind entrants such as these to identify emerging opportunities and significantly de-risk their investments. Such insights are critical to understanding both initial moves and long-term strategy. However, there is also a key relevance to this data for those not currently considering offshore wind. Tracking the capital investments of competitors has always been an essential component of market analysis for oil and gas companies. As the offshore wind pipeline grows, this will become an increasingly significant constituent of some companies' annual investments. There is also geographical influence regarding the locations of these offshore wind projects, competing with oil and gas operations for space and, of course, their overall input to energy grids - something genuinely relevant to the energy transition.

The increasing momentum around Carbon Capture and Storage (CCS)

Although currently few in number, CCS projects also command a significant amount of capital to bring them to fruition. Chevron's CCS facility at the Gorgon LNG project on Australia's North-West Shelf, currently the world's largest, required initial investments of around $2.5billion. The Langskip CCS hub project, approved in Norway in late 2020, is predicted to cost a similar amount, around $2.7bil. A recent report into the development of CCS in the UK estimates total costs across the complete CCS chain to £40bil over the next 15 years, split between several hub concepts focused on the U.K.'s industrial centres.

A key present-day challenge facing CCS is identifying the most cost-effective, safe location to sequester CO2 beneath the ground. Sub-surface specialists such as TGS can provide valuable insight through bespoke analysis of their vast multi-client seismic and well data library. In Europe, this includes high-resolution 3D seismic over several of the key CCS storage hubs under development there including Northern Endurance and Acorn in the UK. In addition, the unique Facies Map Browser (FMB) product can interrogate a cloud-based geologically consistent well data framework to assess analogous storage resources across the entire North Sea and North-West Europe.

In North America, CCS hub development concepts and standalone projects are also progressing. Here, TGS is leveraging its unique well database comprising over 9 million well logs to prepare the most detailed systematic analysis of existing well and pool information in focused locations across the U.S. and Canada. To put this into context for companies considering CCS projects at their facilities, TGS integrates emitter data points alongside storage resource assessments to identify suitable storage prospects local to sources of CO2 emissions.

Cost competitiveness of future oil and gas developments continues to fall under increasing scrutiny. With it comes an expectation that projects will be delivered below break-even price barriers set at ever decreasing levels. As a result, focus inevitably turns to the extraction of maximum insight from relatively low-cost sources of information such as seismic data to fuel final investment decisions. TGS and its partners are working at the cutting edge of Artificial intelligence (AI) and machine learning (ML) to provide these insights from well data and high-resolution 3D and Ocean Bottom Node (OBN) seismic volumes.

A recent ground-breaking project based on the TGS Utsira Ocean Bottom Node (OBN) dataset in the southwest of the Norwegian continental shelf is the first example of AI geological interpretation on a large-scale, densely sampled OBN exploration dataset, with a set of derivative products provided at scales not hitherto achieved through OBN data.

Using ML, well log interpretations were aligned and integrated with the angle stack data from the OBN survey. ML models were trained on this data to quantify the relationships between the seismic and the target properties of interest. As a result, 3D property volumes of lithology, porosity, density and Vp velocity were deduced. Crucially, the Vp velocity was benchmarked against traditional inversion output and found to provide a more detailed picture of the subsurface.

TGS holds the world's most extensive subsurface data library, including seismic and well data sets. When run through Earth Science Analytics' EarthNet software, the leading software for working with large data sets and AI-assisted analysis, this data can be maximized to provide significant insights into subsurface potential.

Competition for capital within oil companies is not the only element that intrinsically links these themes. How their production is consumed, whether as electricity, fuel or for industrial processes, has changed many times through history, though perhaps not in such a transformational format as is expected in the next ~10 years. The distribution and variability of wind (and solar) resources will affect gas demand in the future. This consequence will become more stochastic as renewables contribute more to total grid capacity. But predicting demand trends are essential to new oil and gas projects to ensure their longevity and break-even potential. In addition, the viability of local carbon storage resources will likely influence the FID for production of new oil resources, especially those with high CO2 content. The complexities within these relationships require more than manual interpretation of the trends; increasingly, Artificial Intelligence (AI) and Machine Learning (ML) techniques are applied to these problems - techniques energy data providers such as TGS have been pioneering for many years. Fully de-risking the most significant energy projects of the future will require the understanding and manipulation of all energy data components.