What is this?
IndustryVoice- Video 5 - Pioneering the Design of Salt Caverns

When U.S. Midstream enterprises go shopping to store energy, they have a few options. Above-ground tanks abound—just drive over Houston’s Beltway 8 East bridge, north of the Houston Ship Channel, to get a bird’s eye view of a huge tank farm. What you can’t see is the extensive network of underground storage facilities —facilities that contain natural gas and natural gas liquids in underground chambers called caverns—that serve the midstream.

Underground storage is a cost-effective, safe and long-term solution for storing industrial quantities of hydrocarbons. WSP has supported midstream clients for decades with its “one-stop-shopping” storage solution, ranging from planning, engineering and permitting to cavern construction.

When a major midstream company needed to develop a cavern to store ethane, a natural-gas-liquid derivative, they knew how much had to flow. The myriad other details still had to be defined. At that point in the project, the company turned to WSP to take on the challenge and manage the project. 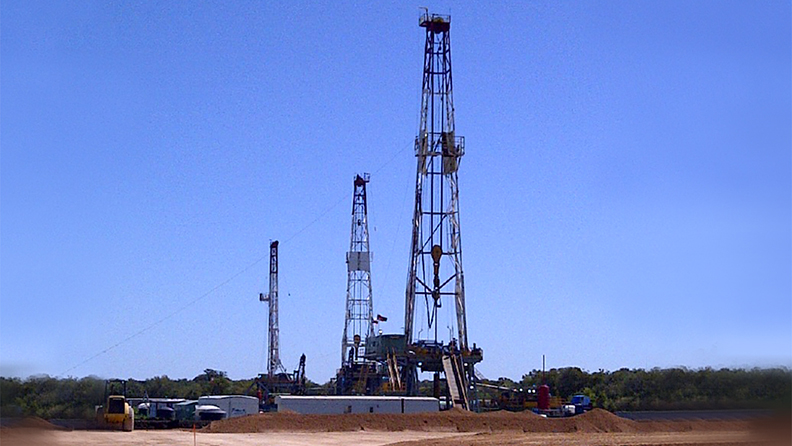 Cavern permitting was completed early in the project, which enabled a quick turnaround on securing the drilling permit. WSP inspected the client’s existing leaching facility, including tanks, pumps, piping, valves and controls to ensure they were ready for operation. Following inspection, WSP reconditioned and installed pumps, valves, and meters. Reusing existing assets was important to help keep costs as low as possible. Meanwhile, a 2000-horsepower, triple-electric drilling rig was mobilized at the site to safely drill the massive well to the required depth in the natural salt-dome formation. Drilling and completions wrapped up at about the same time that the overhaul of the leach plant was finished. This set the stage for leaching to begin. WSP provided the specialized operations staff and expertise to safely circulate water and produce brine, thus creating the underground cavern. As the cavern was completed, the brine was pumped into several injection wells that had been drilled by WSP and approved by the appropriate regulatory body, for safe disposal in underground formations. After about sixteen months of leaching, the well was tested and put into service storing ethane.

Behind the scenes, a team of procurement and project-controls personnel hovered over every detail to ensure that the right materials and subcontracts were available in the field when needed. The client was always kept up to date on safety; drilling progress metrics; plant repair, tank restoration and procurement status; cost projections and other critical project-control activities. By the time that the new cavern well was turned over for leaching, the client knew exactly how much it cost to drill and complete the well—as well as how much was spent preparing the pumps and other equipment—so that the well could be leached. Once again, WSP delivered on its commitment to quality and provided a “no surprises” experience for the client.

Several factors contributed to the success of this project. Cavern permitting was secured early in the project phase, and that allowed the drilling permit application to be processed routinely. When an ethane well was required later in the project, WSP could quickly move forward with plans to drill the well.

As with every WSP project, health, safety and environment (HSE) take priority, and the company’s “Zero-Harm” safety policy governed this project. This meant that it was not enough to work safely; teams proactively looked out for one another on every step of the job. WSP’s attention to managing HSE was in line with client priorities, resulting in the completion of a well-thought-out and enduring storage cavern.

Learn more about WSP’s work in underground storage and disposal at www.wsp.com/en-US/hubs/underground-storage