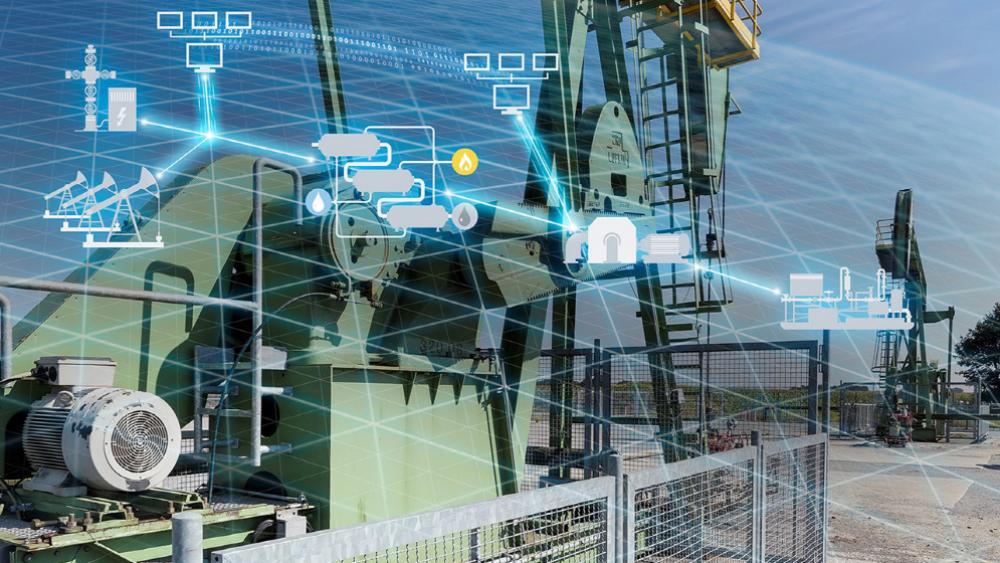 If one word might describe the mindset of today’s E&P operators in U.S. shale plays, especially the Permian Basin, it’s urgency. Time is everything. Uptime. Downtime. Time to first oil. Time to cash. That urgency has sent drilling intensity and production from the nation’s tight oil formations soaring.

But while the industry’s cash is indeed flowing, drilling and completion (D&C) costs are rising sharply as supply shortages emerge in equipment, labor, and even fracking sand. Takeaway pipeline infrastructure for both production and disposal of used proppant is limited, so those costs are growing fast, too.

These issues are also pushing out D&C schedules, which is as much a problem for operators as costs. As one analyst recently said, “Once you're losing time, you're losing return.”

That’s why, even as more capital spending pours into the ground, productivity has started to lag. According to Rystad Energy consultants, E&P capital budgets in the Permian rose by 8 percent in the first half of 2018, yet oil production volumes grew by just a 1.4 percent.

The implication is a decline in the industry’s overall capital efficiency—how well capital is employed to drive production. Compounding that are accelerating declines in legacy well production.

The result? E&P operators must drill faster and faster just to keep pace with their debts to service and dividends to pay. They need ways to cut their operating expenses to boost profitability without affecting output, safety, or compliance.

One proven approach to cutting expenses and faster project executions is to better optimize both completions and production. How? With digital technologies proven in sophisticated manufacturing industries, such as aerospace, automotive, pharmaceuticals, and semiconductors, to name a few.

While the digital oilfield concept isn’t new, its time has come—especially in tapping shale oil formations faster, safer, and more economically. Digitalization also has a critical role to play in helping to manage an emerging trend that takes drilling intensity to much higher levels but with much greater complexities.

It’s called “the cube.” It refers to a 3D model of all the shale layers lying under a producer’s acreage and uses manufacturing concepts to tap multiple layers in a shale play simultaneously. So, while many multi-well operations may have 6–8 wells per pad, others, such as Encana, Devon Energy, and Concho Resources, have gone big with 10 or more wells and up to 28 wells on a pad.

As the world’s leading provider of digital manufacturing technology, Siemens welcomes this thinking as a sign of the shale-oil industry’s growing sophistication.

In fact, we pioneered the application of proven manufacturing technologies—electrification, automation, and digitalization—in shale oil E&P just as we have in conventional E&P activities globally. For decades, we have provided and serviced these technologies to the world’s oil and gas industry in the Americas and Arctic, plus the Middle East, Europe, and Asia, for both onshore and offshore requirements.

Oil and gas operations need more than incremental efficiency improvements; they need quantum gains like what the latest digital automation technologies can deliver.

Consider, for example, the savings from deploying a variable frequency drive (VFD) in a fluid flow control application versus the pairing of a fixed-speed motor with a regulatory control valve. By using the VFD to control the flow rate directly, as much as 50 percent less energy is needed.

Also, with service intensity increasing, complexity is increased that must be managed digitally because manual methods simply can’t scale, not to mention they’re labor-intensive and error-prone.

Historically the industry has been slow to deploy advanced automation, especially smaller onshore operators with fields that may be easier to reach, even if remote, than those of their offshore counterparts. Many may still use time-tested methods and technologies, often manual and no matter how outdated. If automation is employed, it often consists of localized, standalone mechanical and relay-based solutions.

In contrast, modern automation technologies use intelligent sensors and can be networked, often via highly secure, encrypted wireless communications. Many feature onboard web servers, so they can deliver real-time operating data not only to someone sitting in a driller’s chair on-site but also to supervisory personnel thousands of miles away on their tablet computers or even smartphones.

Producers can use these capabilities to derive insights for making better, more informed decisions at all management levels—field office, corner suite, or boardroom—about how to improve asset utilization, while gaining more operational visibility and information-sharing across a much wider reach of their oil and gas enterprises.

Downtime is costly. But because it happens, it must be minimized in both frequency and duration as the costs of unplanned disruptions can be extreme. An idle rig can cost upwards to $16,000 a day in mid-2018.  That doesn’t count idle labor costs and lost output, the latter of which can dwarf all other costs.

Lack of reliability also can have consequences aside from costs, such as life and habitat safety. These impacts can make lost production a secondary concern and spur much greater costs in remediation, reparations, reputation, litigation, and penalties. Even without them, regulatory violations due to equipment breakdowns can prompt penalties and even shutdowns for non-compliance.

Fact is, regulators and the fates don’t care that oil and gas facilities are inherently hazardous. Nor do they care that production is often located in remote, hard-to-reach places, subject to some of the worst weather and environmental conditions possible.

That’s why it’s critical to deploy ruggedly engineered systems and components with safety built-in, not built-on. Digital self-diagnostics and performance alerts must be able to support predictive maintenance, so engineers can schedule upkeep and repairs proactively, instead of reactively.

If service is needed, knowing in advance what’s wrong can reduce or eliminate troubleshooting time. Plug-and-play modularity and self-configuring components further reduce the time needed on-site and minimize the skills required for making repairs. Service intensity makes this more critical than ever.

Halliburton reports that service intensity in shale-oil plays is shortening equipment lifecycles and raising maintenance costs. Sand volumes pumped in 2018 are three-to-four times what they were in 2014, and slickwater fracs are replacing gel-based ones, increasing equipment abrasion even more.

Figure 1 below illustrates the classic “bathtub” curve of component and system failures over time due to early-life burn-in, random lifecycle failures and physical, end-of-life deterioration. Beneath the illustration are ways to mitigate failures in these phases using digitalization to maximize uptime.

What follows are examples of advanced digitalization that are available to enhance shale-oil operations with many of them adapted from technologies proven for years in other advanced manufacturing industries.

Unfortunately, current diesel drivers, whether mechanical or for power generation, fall short of those needs. And that’s not to mention diesel fuel costs that have risen steadily nearly 30 percent between January 2017 and late 2018  — and is expected to rise even further in the future.

The other challenge is regulatory limits on flaring produced gas, which is burned because remote production wells often lack the gathering pipeline infrastructure to get it to market. This has caused some unconventional producers to ramp down production because they would otherwise exceed their flaring permit limits.

To address these issues, Siemens introduced electrified pressure-pumping capabilities that consist of rugged, severe-duty, and outdoor-rated Siemens traction motors and drives that have been operating reliably in the mobile mining industry for nearly 20 years.

Their industrial turbines are similar to Siemens models used in manufacturing and process industries and their digital sensors can provide real-time operating visibility.

Truck-borne or available on skids, they are compact, turbine-based drive trains. Some can be rigged up and down in 4 hours or less, and be started in less than 8 minutes. Modular in design for easy scalability, they’re equipped to safely provide both onsite power and mechanical drivers economically and safely by using produced gas or other fuels more cost-effective than diesel.

ESP condition-monitoring and predictive maintenance. Another example of adapting manufacturing digitalization to oil and gas applications is the use of artificial intelligence (AI) to enable the condition-monitoring and predictive maintenance for fleets of electrical submersible pumps (ESPs) providing artificial lift for wells.

In collaboration with a global independent E&P operator, Siemens recently conducted a successful trial of 30 ESPs, with pumps ranging from 200–500 kW in power, installed in a medium-depth onshore oil field. It supports a predictive maintenance model that can accurately identify abnormal ESP operating behaviors in advance before an ESP can fail and disrupt production.

Originally deployed in the Marcellus and Utica shale fields, HydroWatch automates every step in a fracking well’s water management. Among its many capabilities are extraction control; impoundment monitoring; real-time water truck GPS tracking; frost control; report generation; security camera integration; and optical character recognition of truck license plates. These and many more features are accessible on site via an HMI or remotely with a web browser, all with the highest levels of security.