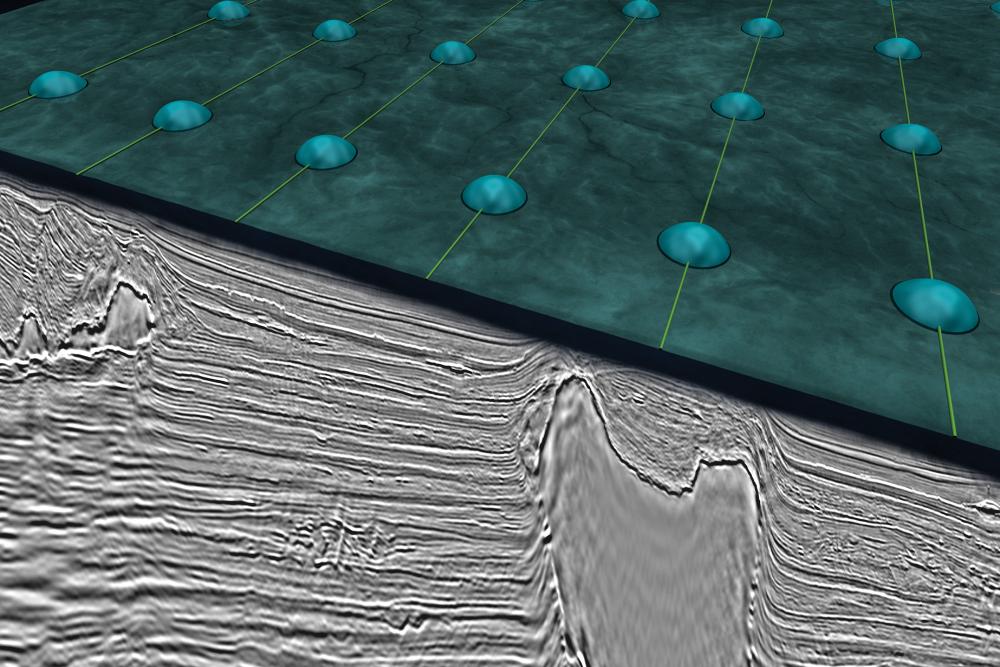 For exploration and production (E&P) companies, a key driver is to maximize the life of producing fields and production facilities. Ocean-bottom node technology (OBN) is already proving to deliver the highest quality seismic data, and is becoming more competitive compared to traditional seismic methods. Earlier this year the industry’s first and largest ultra-long offset deepwater multiclient OBN survey was completed by TGS. This achievement represents a significant step-change in industry approach and could pave the way for a whole new era of exploration growth strategy.

OBN acquisitions have been in the industry since the early 1990s, beginning in the North Sea. Growing in popularity in the 2000s, this marine technology played a significant role in seismic acquisition focused on small production projects. OBN acquisition provides a much cleaner seismic signal than conventional narrow-azimuth or wide-azimuth streamer surveys, and OBN can be utilized to focus on 4-D with unmatched repeatability. By the early 2010s, OBN technology became more reliable, flexible and affordable to take on larger scale acquisitions.

E&P companies are increasingly looking to ocean-bottom nodes, combined with advanced processing, as the next-generation technology to support both exploration and development activities in the Gulf of Mexico. Ocean-bottom node technology has traditionally been focused on development and time-lapse 4D seismic applications, but multiclient node projects also have significant impact on potential plays near active fields and in new field development.

OBN is the ultimate imaging tool for complex geological challenges. With full-azimuth acquisition, complex geology can be illuminated in all directions allowing structures, and attribute variations to be properly understood. Signal-to-noise ratio improves greatly and the interpreter can better distinguish between structure and attribute anomalies that they can trust. Other advantages include ultralong offsets, measurement of the full wavefield and measurement of both P and S-waves. These advantages make more accurate characterizations of fluids in a reservoir possible.

The annual OBN market is now estimated to be worth $1 billion versus a combined streamer market of $3.5 billion, according to the Nordic Banking powerhouse ABG Sundal Collier. The OBN market is expected to grow beyond $1 billion in 2020.

The recent closing of the price differential between streamers and OBN is opening large multiclient OBN investment opportunities in areas with complex geology, a conglomerate of license holders and acreage turnover. The Central North Sea and Viking Graben are examples of such areas. There are several companies, including TGS, that are positioning themselves to take the lead on multiclient OBN adaption and grow this market over the next decade.

Already being applied in a multitude of offshore basins around the world, OBN offers enhanced data quality to help operators overcome imaging challenges. TGS has recently undertaken projects in the Mississippi Canyon and Atwater Valley protraction areas of the U.S. Gulf of Mexico (GoM). This year TGS has planned to complete the 602.3 sq mile (1,560 sq km) Utsira OBN in the North Sea in cooperation with AGS and, in the years to come, expects to expand further in selected areas on the Norwegian and U.K. continental shelves. In the North Sea TGS plans to capture dense OBN data for improved imagery. A successful and efficient dense OBN multiclient project can pave the way for similar initiatives in the GoM, Brazil and other regions.

In 2015 TGS and Fairfield Nodal acquired two OBN multiclient surveys in the Gulf of Mexico Ogo Fan 3D and Nessie Fan 3D they were the first OBN surveys completed by TGS. Located on the shelf in water depths from 50 ft to 500 ft these surveys provide full azimuth and offset distributions that lead to improved imaging in the historic productive intervals of the Pliocene and Miocene while also providing a significant uplift to the deeper exploration targets in the Oligocene and Eocene. A maximum fold of 960 is achieved in the Ogo FAN 3D survey makes superior reservoir analysis possible with AVA and AVAZ.

By acquiring sparse node data and combining with existing WAZ data TGS will gain uplift in the velocity model via Full-Waveform-Inversion (FWI) and imaging from the ultra-long offset full azimuth dataset. Geologically reasonable data-driven velocity model building is one of the most critical processes for a seismic imaging project. Often this depends on ensuring that the model is tied structurally to the underlying geology, with model features following the large-scale imaging trends. Refraction and reflection-based FWI model updates can provide details of the high-resolution velocity contrasts, and alternating iterations of image-guided tomography are then able to resolve the larger scale velocity updates needed to correct for bulk travel time errors. This approach leads to a velocity model that is geologically constrained in most areas, with very high-contrast features responding well with the imaged anomalous regions. Observed structure below the features are greatly improved.

Deployment of nodes began in early May with the firing of 1.6 million shots, and recovery of the nodes was completed in August 2019. The crew consisted of two ROVs laying out nodes in a 1-km by 1-km grid and three source vessels to record the active node patch. This four-month survey was conducted without any HSE recordable incidents.

The Amendment survey was designed with a receiver carpet of 2,700 sq km and a 50-m by 100-m shot carpet of 8,000 sq km. The nominal offset is 40 km and the max-min offset range is 20 km in the shot halo. This full azimuth dense shot project was designed to deliver a dataset that is suitable for both full-waveform inversion (FWI) velocity and seismic imaging updates. The source volume was a 5110 cu in. air gun used to record signal down to 1.5 Hz at 20 km offset. In production shots the larger source was used for stability reasons and to acquire low frequency signal below 3 Hz to give FWI more reliable signal for velocity model building.

One of the primary objectives for this large deepwater exploration scale survey is to improve illumination of targets, especially in subsalt basins. This is obtained by a very dense and large offset shot grid that allows ray paths to travel, reflect and refract deeper with the salt flanks interfaces. With the improved subsalt refractions diving waves easily reach to the Louann Salt.

We expect significant uplift in data quality over existing data. The uplift will come from the unprecedented sampling of azimuths and ultralong offsets. This will be a challenge for the preprocessing in terms of deghosting, demultiple and other pre-imaging steps. This is a step change in the application of refraction FWI to improve velocity model building and we are expecting the increased coverage of the subsurface will result in subsalt events for reflection FWI and multi-arrival tomography.

OBN is defining a new baseline for quality subsurface imaging using full-azimuth, ultralong offsets, small bin size and exponentially more measurements per area. This technology could well form the cornerstone of the exploration growth strategy implemented throughout the next decade and beyond. TGS plans to be at the forefront of OBN multi-client acquisition in the coming years and is already off to a great start with record breaking surveys in key basins.