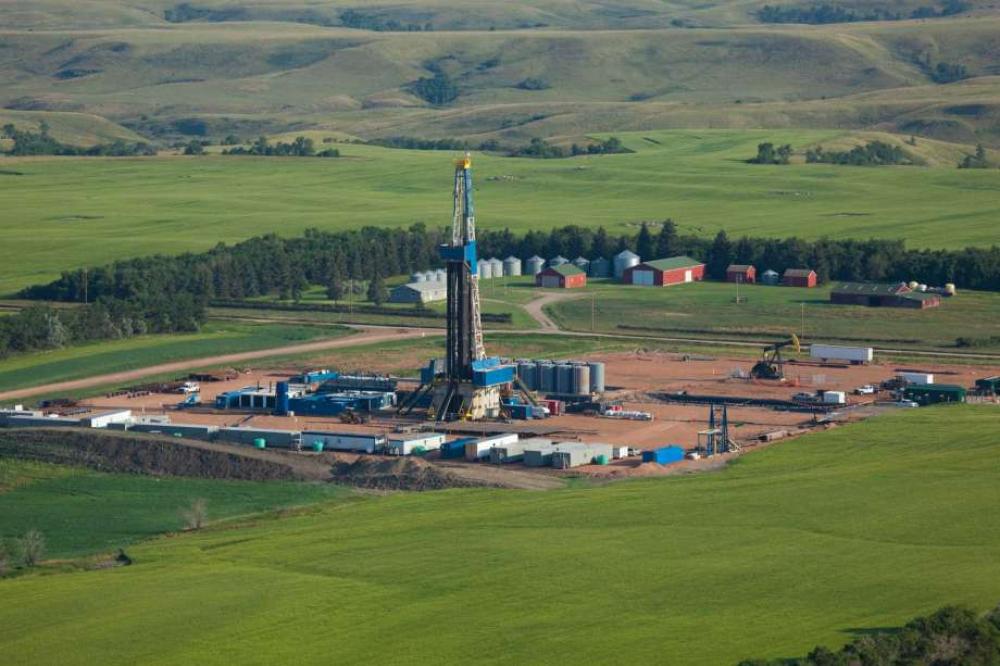 The Challenge
Microseismic analysis for a horizontal well completed in the San Andres in Cochran County was used to measure the geometry of the created fracture network, evaluate optimization potential for the treatment design, and understand wellbore density for highest capital efficiency.

The Solution
Acoustic data were acquired with an 11-arm star-shaped surface array during the treatment and used to image microseismic events and the created fracture network. Analysis showed a hydraulic half-length of about 300 ft with a propped half-length of about 80 ft. While a significant amount of activity was observed above and below the target interval, the total propped height was only 140 ft. Microseismic activity was fairly symmetrical about the wellbore with fracture planes oriented mostly at 93° and some failure between 100-130°. Maximum horizontal stress direction was determined at around 40°. Horizontal stress anisotropy was observed to be low.

The Results
MicroSeismic-based reservoir simulation shows that depletion occurs outside of the created fracture network as expected for a carbonate reservoir but indicates that wellbore density can be increased from four to six wells per section. In addition, treatment size may be increased for additional frac length and improved drainage. The project also showed that high quality microseismic data can be recorded with a surface array in the area with calibration shot errors of approximately 10 ft in x, y, and z, and accurate magnitude detection down to a moment magnitude of -3. The high quality data allowed for observation of multiple types of rock failure which are typical for the San Andres. 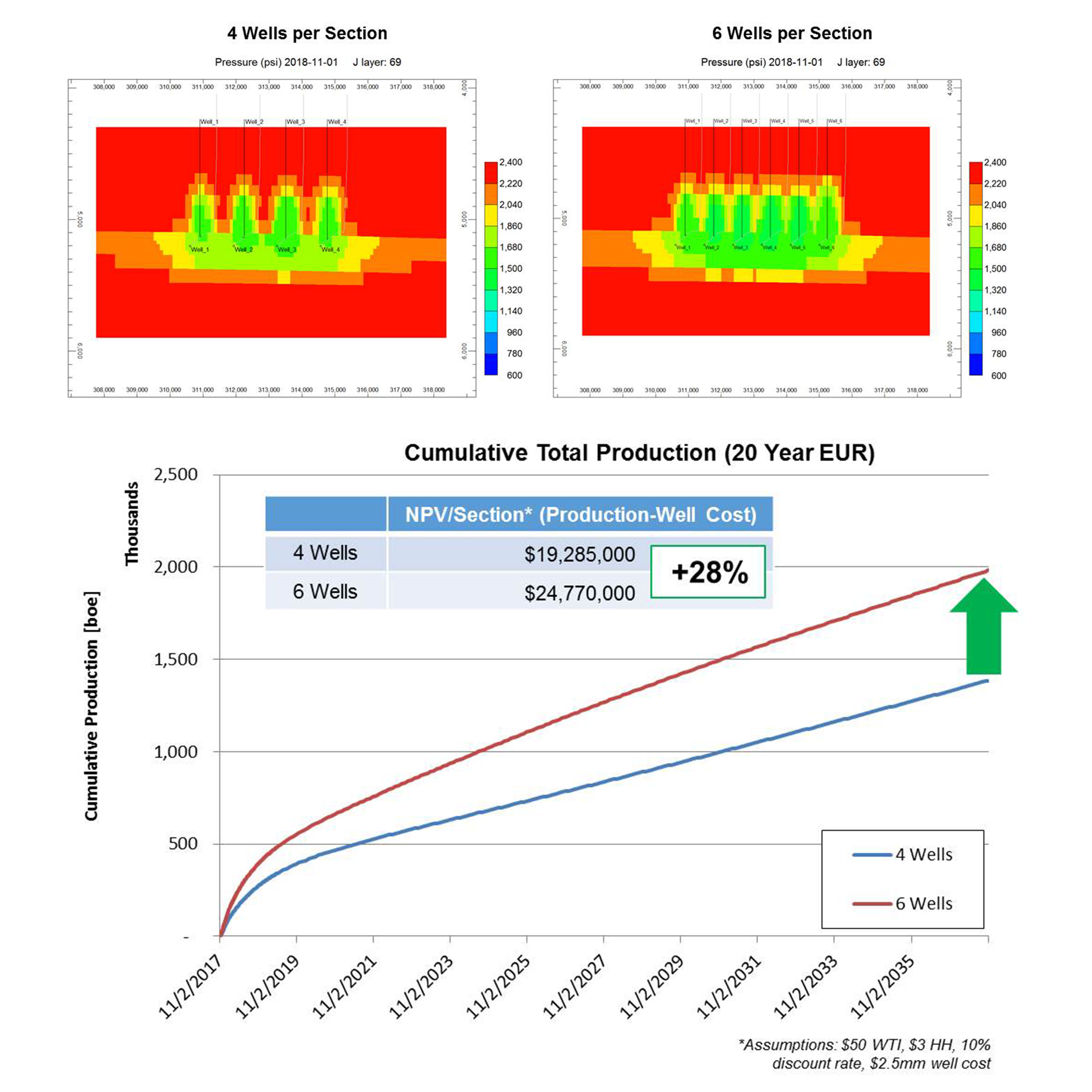 The Value
The fracture geometry and drainage achieved with the current treatment design allow for developing the asset with six wells per sections instead of four leading to an EUR increase of 43%! Despite a slight increase in interference, the additional production more than offsets the cost of two additional wellbores and results in an effective increase in NPV of 28%.