After entering the oil and gas industry in late 2014, Wilkie Colyer worked for three and a half years in a single-family office until three years ago, when he left to work for Contango Oil & Gas Co. Since then, he has worked his way up to the rank of CEO at only 36 years old after putting in hard work and leading his team by example.

“I went from managing one person at the family office I was with to over 300 today,” Colyer said. “When I joined Contango, the company was struggling from a non-competitive cost structure and lack of strategic direction. Since then, we’ve been able to right size the organization, procure a new bank facility, complete four significant acquisitions, sign a $5.5 billion merger and a smaller acquisition, which will both close later this year, and increased production by over five times.”

At Contango, Colyer serves as CEO in Fort Worth, Texas, where he lives with his wife, Cameron, and his daughters, Peyton and Wesley.

Foot in the door

“I entered the oil and gas industry full time, at least tangentially, in late 2014 after the significant commodity price drop in the back half of that year. I was working on the buy side at the time and spent the next three and a half years managing a portfolio of energy investments for a single family office before formally entering the industry when I joined Contango in mid-2018.

My involvement with Resolute Energy during my time on the buy side was another accomplishment I’m proud of. We started out buying the unsecured bonds of Resolute in early 2015 at distressed prices, which led us to get to know the team, which ultimately led to us becoming the Company’s largest shareholder by early 2016. At the time, we finished buying stock to stay under 10% of shares outstanding. We owned over 90 days of volume, so we viewed the investment in both equity and debt as very much a private investment in a public entity."

“The acquisition of White Star ‘on the courthouse steps’ in Oklahoma City certainly comes to mind. Prior to acquiring Will Energy from my now business partner, Farley Dakan, in September of 2019, he had been following this situation for months. We were able to get qualified to bid the night before/morning of the auction, and our deposit hit about 15 minutes before the hearing started, otherwise we would have been disqualified. Farley and I ended up with our outside counsel in the bathroom of the courthouse getting approval from our Chairman (John Goff) to increase our bid. We lost the subsequent round of bidding and made it 30 minutes south of Oklahoma City before turning around and ultimately prevailing in the auction later that day. Farley still has the parking ticket from the courthouse in his office…if we had tried to park the car legally, we wouldn’t have made it back in time."

Skin in the game

“The biggest thing I had to do when I stepped in at Contango was to make sure I led by example. I spent the first 15 months on the job commuting down to Houston from Fort Worth Monday through Friday to make sure our employee base knew I was committed to turning the business around. The other way I led by example was by having ‘skin in the game.’ We changed our compensation structure to lower cash compensation substantially (and I personally cut my salary in half) with the vast majority of compensation dependent on the success of the business. I think showing employees that I was willing to play the long game was important to convince them to do the same. Lastly, I had ‘skin in the game’ by making a substantial personal investment in the business, so that if it did not work out, investors and employees alike knew I would be sharing in the pain."

“I’m not sure it’s totally unique to those under 40, but I think embracing technology will be a big differentiator of the energy company in the future. It has been surprising to me how antiquated some of the processes in oil and gas are. We are making a big push to use technology to make our employees more efficient and better leverage their time. We want to be able to add assets and cash flow much faster than we add employees, and that’s what technology should be able to do for you when utilized correctly.

The industry needs to be a better advocate for itself. Aubrey McClendon was a huge champion for the industry, specifically natural gas, but I don’t feel like we have many of those personalities these days. Hydrocarbons are utilized in almost every facet of modern life, yet the average person only makes the connection while filling up at the gas station. Oil and gas has become a political football in a very divisive time, and I don’t think we are doing a good job of telling our side of the story." 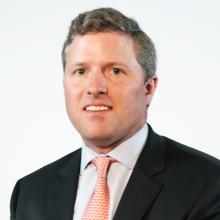