Molly Smith has been adamant in her career about taking steps to be the best leader possible. Earlier in her career, she took a step back from a leadership position to take the time to learn how to be the kind of manager her team needed. Now, she has the skills to be a great leader for her company.

“Earlier in my career, I intentionally took a ‘step back’ from a leadership role onshore to an individual contributor role offshore to learn that side of the business,” she said. “There was a steep learning curve, but I took advantage of every opportunity to be in service providers’ shops supervising downhole tools builds and then going offshore on deepwater drillships to execute jobs.”

Smith now serves as general manager, drilling and completion at Murphy Oil Corp. in Houston. She lives west of Houston with her husband and two children.

“While working as Operations Manager overseeing Murphy’s western Eagle Ford Shale asset, I was responsible for managing a team of more than 100 all-male, field-based contractors, and was seeking ways to reduce expenses. We first implemented a contractor conversion effort that relocated workers and their families from Louisiana to South Texas, thereby removing the company-provided housing. This presented unique challenges of organizational structure, compensation, relocation incentives, policies and procedures, and role-specific training and competency programs. Once onboarded, we began optimization efforts by examining People, Process, Technology and Tools. To create a baseline, we evaluated all work tasks performed and focused on what could be eliminated by leveraging technology such a telemetry, what work could be transferred like daily report to a central person in an office environment and what could be automated like notifications. Through expanding our Remote Operations Center (ROC) and developing our Integrated Operations Platform (IOP) software, we empowered the ROC to more efficiently direct resources.

One of the biggest challenges was earning buy-in from the operators, which we accomplished by achieving small, quick wins. This highlighted the ability to focus on more impactful efforts, and soon after the team began presenting their own ideas for improvements, which was the most rewarding. Overall, our efforts saved $17 MM annually, and reduced operating costs by 20%."

“Leaders need to be intentional about building teams. We need diverse skillsets to solve the energy needs of the future and with that a good leader must create an atmosphere of trust.  It is important that all team members feel comfortable to speak up, particularly – in operations where safety is on the line, but also in the office, in order to make better business decisions. Part of Murphy’s values is ‘Don’t settle for good enough,’ so a diverse team must feel psychologically safe enough to not only speak up, but also to challenge each other.

I have had various managers throughout by career, from delegating micromanagers to those who were hands-off. One of the best managers I had early on, and who I try to emulate, was a leader who told me that he would ‘give me enough rope, but not enough to hang myself.’ I thrive with this approach of learning by doing, while knowing there is a safety net. As a manager, I try to create a similar environment filled with stretch development opportunities in which individuals feel empowered, and then I step out of their way. I am there if needed and rely on one-on-one coaching, which includes candid feedback. Additionally, I think it is just as important to celebrate successes – both at the team level and personal recognition when individuals are going above and beyond."

“Short term, I want to continue building diverse teams and growing future leaders at Murphy, both within my department and in the larger organization. To do this, I have built on what I learned while volunteering as a mentor with Women’s Energy Network in Houston and developed a similar monthly circle internally where employees meet and discuss assigned developmental mixed media, with topics from self-motivation to leading teams. Longer term, I want to influence the O&G industry as we continue to evolve within the ESG space. I aspire to serve on corporate boards where I can leverage my business acumen and continue to use my voice to challenge the norm and provide direction aligning company culture with shareholder returns.

Younger industry members have grown up around technology, so not only do we naturally connect with others using it, but we also expect to have a live stream of data inflow at our fingertips. The challenge now is how to break down silos between departments and weave all this information together to make integrated, data-driven decisions. We have also embraced automating repetitive, manual tasks, thereby increasing the time spent on value-add initiatives, which is important to the younger generation as we look for meaning and purpose in our work.

The O&G industry must continue to evolve to remain competitive in fulfilling the energy demand of the future. What initially attracted me to this industry was the entrepreneurial spirit and advancing technology that has allowed us to extract hydrocarbons safely and commercially for more than a century. We will need to leverage this spirit to meet the increased emphasis on ESG near-term, while preparing for the energy transition longer term. We are fortunate that digital technology is evolving at the same time, though the O&G industry needs to exploit this to work more efficiently. Additionally, for us to remain competitive, our industry must continue to attract and retain the best talent. We must recognize the younger generation’s desire for a more balanced life with less focus on clocking hours, and higher priority on deliverables. Employees are also aligning their places of employment with their own personal values. We need to recognize that the line between a work-self and home-self is disappearing; people are looking to bring their whole self to work, so we as an industry need to react accordingly." 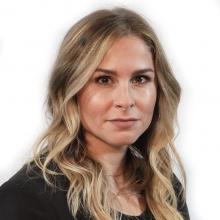