At the age of 19, JD Smith held the title of youngest modern frac operator in 2001. Starting out in the oil and gas industry as a roughneck for Rowan Drilling, Smith now owns EnCore Permian and serves as CEO.

“When I was 16, I worked for a local auto repair shop as an apprentice mechanic,” Smith said. “The owner was a great guy who opened my eyes to the possibility of working for myself. The greatest advice I have ever taken was later when, as an engineer tech, the production engineer I worked for said I had too much bull**** and that I needed to be a landman!”

Smith lives in Midland, Texas, with his wife, Kara, and their three children, Jordan, Justin and Jax. In addition, he is the founder of the John 4:14 Foundation, which provides clean water in eastern Uganda.

Getting a foot in the door

“Initially, I started as a roughneck with Rowan Drilling in the GoM [Gulf of Mexico] working two weeks on, two weeks off. I was training to become a commercial pilot during my time off. Due to 9/11 and the airline industry crashing, I just stayed with oil and gas.

Creating an oil company [was a major career milestone for me]. Two major factors were growing up in West Texas and having become a landman in 2008. Then the generation gap, I think of myself as the old young guy. I sat in a Permian Basin SPE lunch & learn presentation in 2007. The subject was ‘The Great Crew Change,’ [and] this was one of the first times I heard of the generation gap in oil and gas. From this point on, I knew that all I needed to do was hold fast."

“I got to spend the 2006 World Cup Series offshore in the Adriatic Sea of Italy doing stimulation work with Baker Oil Tools. It was great because Italy, Croatia and the U.S. wound up playing each other. In the offshore Adriatic oil field, the company men are all Italian, the service companies were ex-pats or Italian, and the roughnecks were Croatian. I could not believe how much booze came out of hiding during the match; the whole platform shut down for this soccer match. I had some nice wines with the companymen in their office and had moonshine/Croatian grappa with the Croats. Eventually, Italy won the cup and my flight was canceled out of Rome, so I spent the night celebrating down by the Colosseum."

“We [industry leaders] try to create incentive plans that allow employees to invest in deals heads up. We think this enables everyone to get on the same page regarding purchase price, capital deployed and sales pricing. We stay humble, hungry and smart. It becomes too easy to allow ego to drive decisions, and I think that is how a lot of great teams have gone off the rails.

I think that a career in oil and gas is still possible for young professionals, and the guys who come out of school or enter the industry on a downcycle or just before have to just hang in there. Shale has a very fast decline and 2031 is going to look a lot different than what we have today—these changes can be great opportunities to make money."

Expanding in the future

“EnCore would love to grow into an independent Permian Basin leader. Additionally, we would like to have a greenfield development opportunity someday. I love change and the new opportunities that technology creates in this industry.

We have to do our best to keep leftism culture from ruining our industry. I know this is not popular, but headwinds look like we are going to fight California-type U.S. regulations that only hobble us against foreign producers." 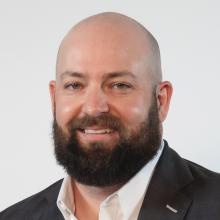