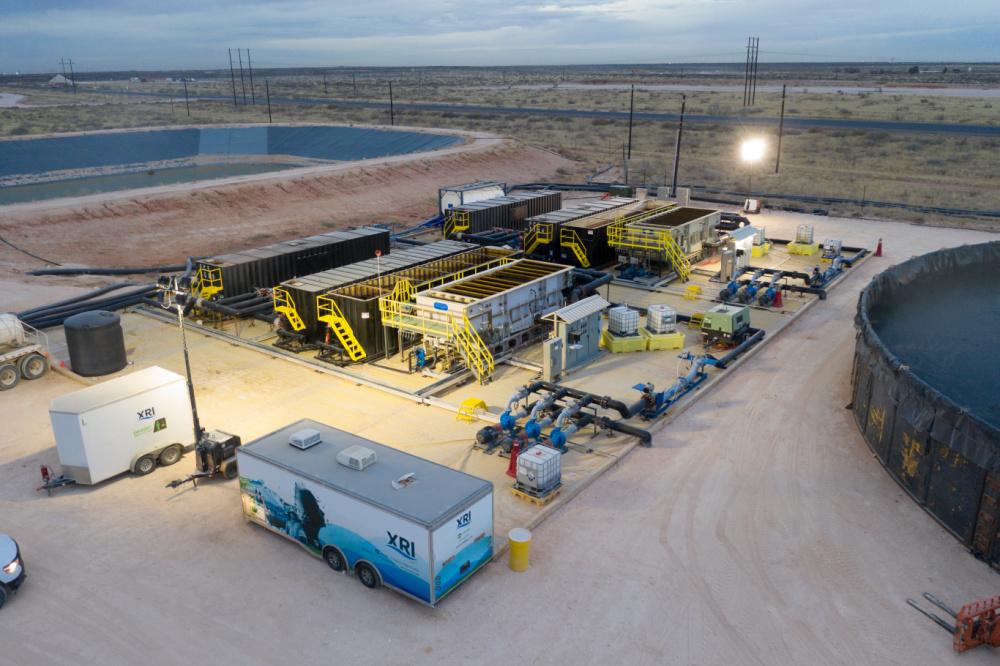 Water recycler XRI Holdings said Dec. 1 it had started construction of its sprawling Evolution Pipeline System, which will link the company’s existing system in Midland County, Texas, to its facilities in neighboring Reagan and Upton counties in the Permian Basin.

Expected to be fully operational in first-quarter 2023, the combined system will total about 230 miles of pipeline, along with recycling facilities and produced water disposal wells covering much of the Midland Basin, the Houston-based company said in a statement.

“Recycling is the most obvious beneficial option to the produced wastewater coming out of oil and gas,” said Matt Gabriel, founder and CEO of XRI, at Hart Energy’s ESG conference in September in Houston. “Recycling is hitting its renaissance.”

Capacity of the Evolution system will be about 500,000 bbl/d. Long-term contractual commitments have already been made with operators including Chevron Corp., Exxon Mobil Corp. subsidiary XTO Energy Inc. and leading Permian producer Pioneer Natural Resources Co.

Evolution is just one example of continued water recycling growth in the Permian. Aris Water Solutions recycles around 400,000 bbl/d of water across eight locations in the basin and continues to expand its footprint.

“Our customers—being majors, large independents and privates—are all wanting as much access to recycled water for use in their operations as they can get,” Aris President and CEO Amanda Brock told Hart Energy earlier this year.

Aris is also involved in research with Texas A&M University that studies how treated produced water might be used for non-consumptive crop irrigation. It would be a way to utilize the water for industries outside of oil and gas.

The XRI system is located in particularly seismically sensitive areas of the basin, including the Gardendale Seismic Response Area, which will diminish the need to produce water. A 5.4 magnitude earthquake struck West Texas in mid-November and more than 200 quakes rattled the state in 2021, most of them in the Permian Basin.

Evolution will move produced water south to XRI facilities as far as 50 miles from major population centers. Recycling the water with customers on the system will ease overpressurization of deep disposal formations and lessen seismicity risks in sensitive areas.

“The project is a win-win-win for the industry, community, and environment,” Gabriel said on Dec. 1. “The Evolution Pipeline mitigates overpressurization risks caused by injection into saltwater disposal wells, reduces the use of groundwater, particularly potable water sources and lowers our customers’ costs.”