As a Vancouver native, Shauna Noonan certainly wasn’t raised with the thought of oil and gas being in her future. “There is not much of an oil industry there,” she says of her upbringing in the Fraser Valley, British Columbia. In fact, she had her mind on medicine at first.

“I had no intention of going into engineering out of high school because I couldn’t stand physics,” quips the now highly successful petroleum engineer who serves as the director of artificial lift at Occidental Petroleum Corp. in Houston and is currently president of the Society of Petroleum Engineers (SPE). All that changed when she got to the University of Alberta, where she credits some “wonderful professors” for awakening her interest in physics and engineering.

“At the same time, I was not enjoying myself in pre-med. It was just so cut-throat,” she says. The collaborative nature of engineering appealed to her much more.

She also has a professed love for geology, which she says stems from her experiences in the Canadian Rockies as a child. “Any chance we had from school breaks we went back into the mountains, went hiking, looked at the rock formations, collected rocks,” she remembers.

So, when it came time to pick an engineering path, petroleum engineering was the perfect fit.

Since that fateful decision, she has enjoyed a long oil and gas career. She started as a rig supervisor for Chevron Corp. in northern Alberta, where she says she was generally treated well by her male colleagues but endured challenges along the way.

“The working environment at times was very uncomfortable when the walls around me in treatment vans or wireline trucks of our service providers would be covered with pictures of naked women and pornography,” she says. “I did not make a scene and complain at the time because there was a job to do. When those providers would ask me later why I did not call back those crews, I would have a frank discussion, and they made changes promptly afterward to remove all offensive material from their wellsite vehicles and shacks.”

The job also offered an opportunity. “The premise at the time for Chevron and its training program was if you pulled it out of the well you followed it to the shop,” she says. “The fields I was working in had a lot of artificial lift. I spent a lot of time seeing all of the dismantles. Those are the fields I continued to be a field engineer in when I graduated the training program.”

She also noticed that her mentors were in their 50s and no one in her generation sought to specialize in artificial lift. Not only did she enjoy working with artificial lift technology, she saw specializing in a field with an aging workforce as a means to job security. She caught the eye of Chevron’s corporate artificial lift group when she published an SPE paper. The paper outlined field trials of a technology that Chevron wanted to use. Soon, she was transferred to Houston on a two-year assignment. “I never left,” she says.

These days, Noonan says she has reached two major career milestones. The first was being named director of artificial lift at Occidental. The second was being named SPE president.

On her position with Occidental, she says, “Getting the chance to work for the top company in artificial lift technology utilization and lead its efforts in that area was a dream come true.” She also says the company is inspiring, citing its “very strong women in senior executive positions, including our fantastic CEO, Vicki Hollub.”

She also says she has no problem staying motivated in her career.

“There are [approximately] 840 million people on this planet that still do not have access to electricity,” she says. “Knowing that I work in an industry that contributes to reducing energy poverty and improving the standard of living for individuals in this world is such a motivation. The exploration, development and production of oil and gas is challenging and the technology advancements being made to overcome those challenges and the major innovations that allow us to do so in an environmentally responsible manner makes being in this industry so exciting.” 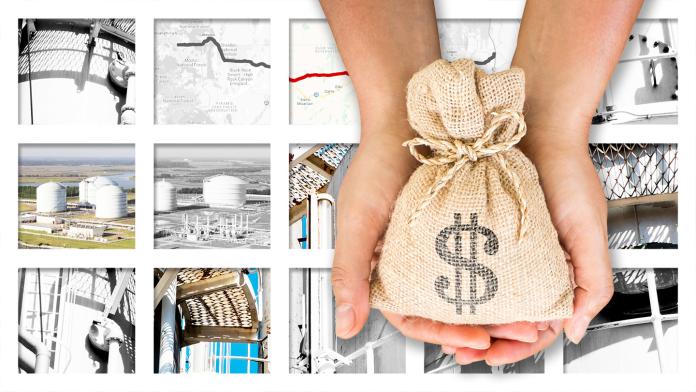 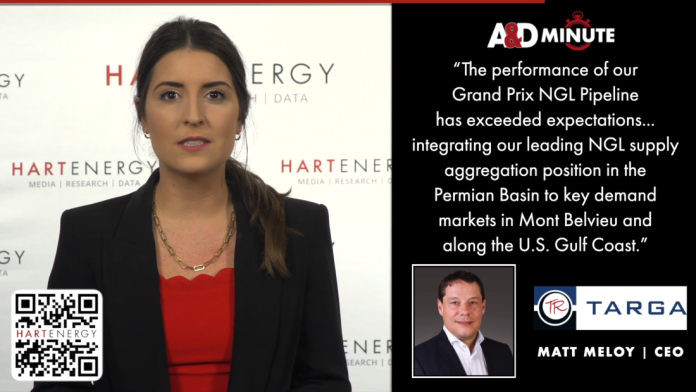 2023-01-04 - Also in this week's A&D Minute: Targa Resources snatched up Blackstone's 25% stake in the Grand Prix NGL Pipeline, and check out which companies snuck midstream deals in before the new year.