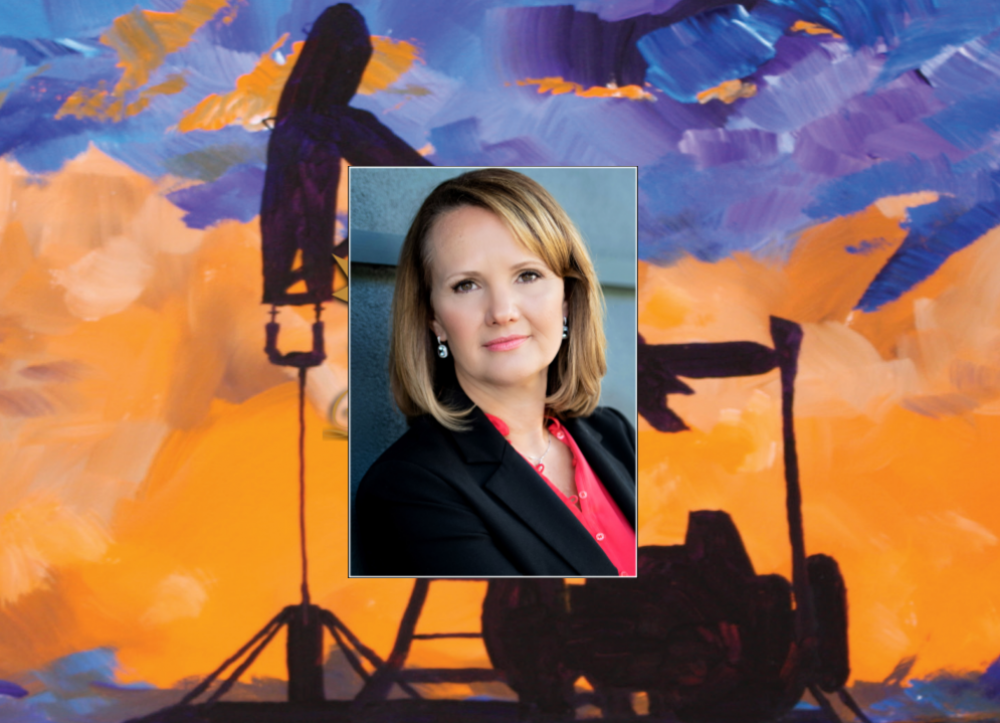 Liz Schwarze fell in love with science decades ago, captivated by sediments, outcrops and the joy sparked by nature. Recalling an introductory geology class at Duke University, the vice president of global exploration for Chevron Corp. says, “It’s all the sciences together. You have physics in there; you have math; you have a little biology; you have a lot of chemistry. Every aspect of science has a home in what we do as geologists and geophysicists.”

At the time, Schwarze had not targeted a career in energy but knew it was an option, given that many neighbors in her hometown of New Orleans were oil and gas people. An internship offered by Chevron while she was in graduate school at The University of Texas at Austin in 1989 helped her realize she had a chance to knit together the patchwork of sciences.

“Essentially, puzzle solving was something that we did in oil and gas,” she says. “My internship project was to take these pieces of data, get them together in a map and present” what might be there. “It was just a blast.”

Today, her team is charged with exploring existing acreage, looking for new places to enter and appraising discovered resources to reduce uncertainty and determine commerciality— all while ensuring money is spent appropriately and efficiently, she says.

“Finding the next barrel” keeps her motivated.

“We provide energy that enables human progress. Nearly everything we do or touch has a connection to hydrocarbons and being in the exploration business,” she says. “It is a noble and daunting task to find that next barrel.”

For Schwarze, success comes via a “strong combination of technical skills and soft skills” she believes all leaders must possess.

“On the technical skillset, it starts with doing, and through doing you learn how to evaluate and ask questions. … The technical part of my development was all about weaving together the story strongly grounded in the data that are available. What do we know? What do we not know? What’s our hypothesis? What can we do to test that? And then I couple that with strong interpersonal skills— the ability to ask the questions, influence, either with or without actual direct authority.”

Her leadership style is focused on data, strong relationships, and listening and asking rather than speaking and directing, she says. It’s also goal-oriented.

“I naturally want people to understand what a goal is and head in a common direction,” she says. “I don’t know where I got that innate ability or that part of my personality. I’m an only child, so growing up it wasn’t like I had a whole lot of extra people to direct.”

When she is not traveling to visit exploration teams—hearing ideas, giving feedback and helping advance projects—she is communicating via video conference. A typical week in Houston includes meeting with exploration and upstream leadership teams. Plus, “I try to do a fair amount of visiting with the teams on the floor,” learning and keeping up with map-making processes that enthrall her.

Her most memorable days on the job, however, were offshore. Early in her career, an offshore installation manager gave her a tour from the moon pool to the top of the derrick of a semisubmersible rig in the U.S. Gulf of Mexico. It was “one of the coolest experiences ever.” The other was more recent: While visiting an offshore platform, she spent time with the father of a geologist she hired a few years prior. “I love that there are so many multigenerational families in our industry,” Schwarze says.

She’s spent her entire 30-year career with Chevron and has never thought of leaving.

“We’ve had various programs that have helped me grow and helped my peers grow through training classes and through different assignments,” Schwarze says, noting she’s always felt she’s had an opportunity to grow within the company. “But fundamentally, it comes down to I love what I do and I am inspired by the people I work with.”