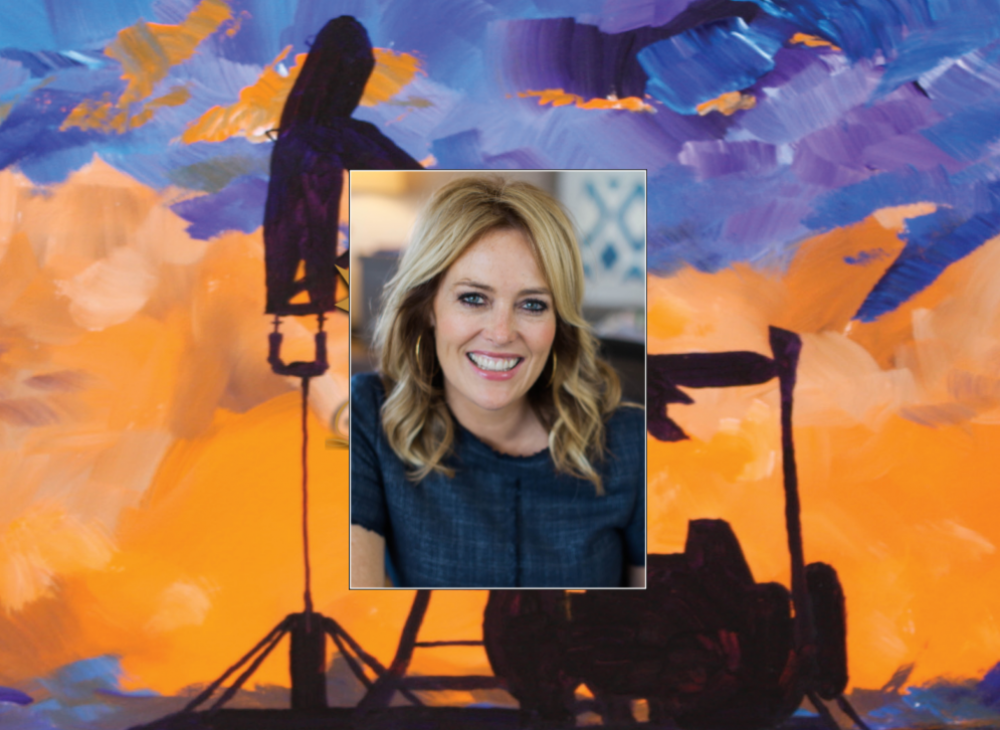 Kristin Thomas entered the energy sector in 2009 to promote a single company’s message about the benefits of oil and gas to the world, and along the way she became a significant influencer in America’s journey to energy independence.

As the oil and gas resurgence took hold, Continental Resources Inc., and particularly its CEO, Harold Hamm, wanted to educate people on the true impact of the American energy renaissance. They tapped Thomas to help tell that story.

“Our goal was to move America to a place of energy independence and leadership, then to communicate the benefits of that to the world,” she says. “Our light, sweet crude and clean-burning natural gas can power the world, all while lowering emissions.”

Before joining Oklahoma City-based Continental, Thomas had a deep resume in public relations, including executive positions at large firms such as The Richards Group and Hill & Knowlton, yet her experience was outside of the oil and gas industry. It only took a few moments with Hamm, though, to bring her on board.

“He is such an inspiration to anyone who is around him,” Thomas says. “Within 15 minutes, I wanted to be a part of this movement to really change the narrative in America.”

While the oil and gas industry knew of Hamm and Continental, the broader public wasn’t as familiar with them. “It was my job to help people get to know Mr. Hamm, Continental Resources and our bold vision,” Thomas says.

Early on, she read economist Stephen Moore’s writings in The Wall Street Journal, and she began calling—and calling. Her persistence led to a meeting, and a kinship, between Hamm and Moore. Moore identified North Dakota, the site of Continental’s largest oil play, as the next Saudi Arabia.

“That article really articulated the vision of what we were working to accomplish,” Thomas says. “It put a stake in the ground on the vision for what American energy could mean to the future.”

Thomas played an integral role in getting Hamm recognized as an unrivaled expert in American oil and gas, one whose tireless lobbying was able to overturn a 40-year-old ban on oil and gas exports. Hamm also became an energy policy advisor to President Donald Trump.

“It begins with a strong team. I don’t take for granted that I am surrounded by the best executives and staff in the industry,” she says. “We believe we’re on a mission to change the world.”

Thomas, a single mother who enjoys running and spending time with family and friends, says women are increasingly being recognized in leadership roles for their contributions to the oil industry.

“I do feel as a senior executive it’s my duty to remind women there is opportunity here,” says Thomas, who was the first woman to become a senior vice president at Continental. “You’ve got to be tough if you want to do anything big, but we’re making a difference. You can have it all: [a] strong family and a great career.”

Thomas is also an avid volunteer. She serves on the board of the Harold Hamm Diabetes Center, which Hamm established to cure diabetes “in our lifetime.” She is on the board of HealthCorps, which is “like a Peace Corps for health in schools across America.” She is on the Oklahoma Energy Resources Board, where she helps develop an ambassador program to empower oil and gas employees to better communicate the massive benefits of hydrocarbons.

Thomas also championed a change in Oklahoma’s domestic abuse law, lowering the threshold for what was considered a pattern of abuse. Kristin’s Law became effective Nov. 1, 2016.

“Once I’m behind championing a cause, I will work tirelessly to make it happen,” Thomas says. “This work was on behalf of all of the women who don’t have the wherewithal to fight for themselves.”

She credits her faith with giving her a sense of vision, purpose and meaning. She believes that her work is a calling, both on behalf of the industry and the causes she supports. Thomas knows there is still work to be done. She believes those that oppose hydrocarbon fuels lack understanding, which motivates her to educate Americans about the industry’s direct impact on their everyday lives.

“We believe in our mission: We’re exporting energy freedom to the rest of the world,” she says. “We’re proud of being America’s oil champion. We’re responsibly changing lives for the better.”