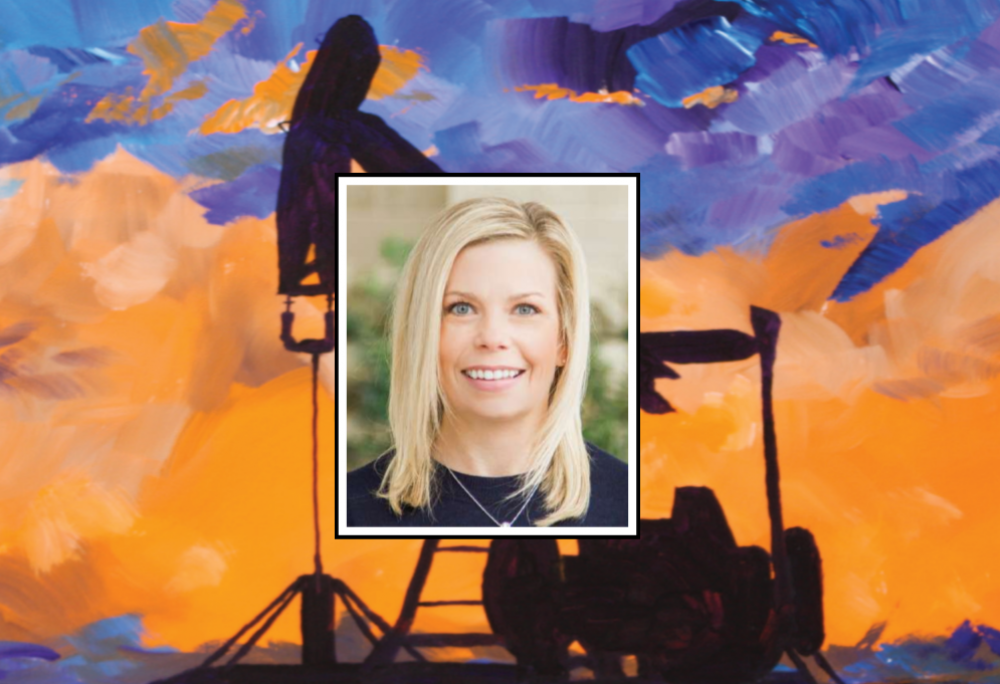 Emily Baker entered the world of oil and gas after graduating from Oklahoma State University where she studied finance. Her first job out of college was an accounting position with PricewaterhouseCoopers where she did accounting for supermajor BP Plc. It wasn’t until her next role at TEPPCO (acquired by Enterprise Products Partners LP) where she would become immersed in the midstream side of the industry.

“I interviewed for an operational position there—pipeline scheduling—and I remember coming home from that interview just being fascinated by the fact that there are pipelines under the ground that transport crude and gas,” she says.

With 15 years of oil and gas experience under her belt, Emily Baker used her extensive expertise in pipelines to launch Lotus Midstream LLC, an independent energy company focused on the development of midstream infrastructure and services.

Founded in 2017 with partners Mike Prince, CEO, and Jen Fontenot, COO, Baker serves as Lotus Midstream’s chief commercial officer and is responsible for all of the commercial and business development activities of the company, including asset management and marketing.

Baker’s leap out of the MLP world became one of her biggest milestones. “Working for a large publicly traded company where you felt secure, and walking away from that and starting your own deal, starting from scratch … it has been a huge learning experience,” she says.

Baker explains that after founding Lotus Midstream, the company quickly went from seven employees to 300 employees after acquiring Centurion Pipeline LP from Occidental Petroleum Corp. “Closing that deal in six weeks with seven employees was one of my biggest accomplishments,” she says.

While Baker says she’s been very fortunate in her upbringing in the industry, she never thought about the lack of women in leadership roles until she became a partner of Lotus Midstream.

“EnCap Flatrock [Midstream], our financial backer, told me and Jen Fontenot, my partner, that we were the first two women founders for EnCap. At that moment, you think, ‘Wow.’ I never thought about how few women there are in executive roles,” she says.

However, Baker recognized that throughout the majority of her career, in most situations, she has been the only woman involved. “Not that you have to act differently, but I learned early on in my career to fit into a man’s world,” she says.

“I will say I have been fortunate to work with great men over the years that have treated me with respect and mentors in my life that treated me no differently than my male peers, which I’m very grateful for,” she continues.

One of those mentors who’s been influential in Baker’s career is Lotus Midstream’s CEO, Mike Prince.

“He was the first person who ever sat down with me and said, ‘What do you want to do? How can I help you achieve your goals?’ I think that was one of the greatest things that could have been said to me because it wasn’t somebody dictating my career path; it was me being able to say what I wanted to do and him helping me achieve that.”

For the young women entering the oil and gas workforce, Baker advises “don’t get discouraged and have thick skin.

When she’s not leading her team on the next big pipeline project, Baker spends time with her husband and two children. She also devotes her time volunteering for Dress for Success Houston, a nonprofit focused on empowering women to achieve economic independence.