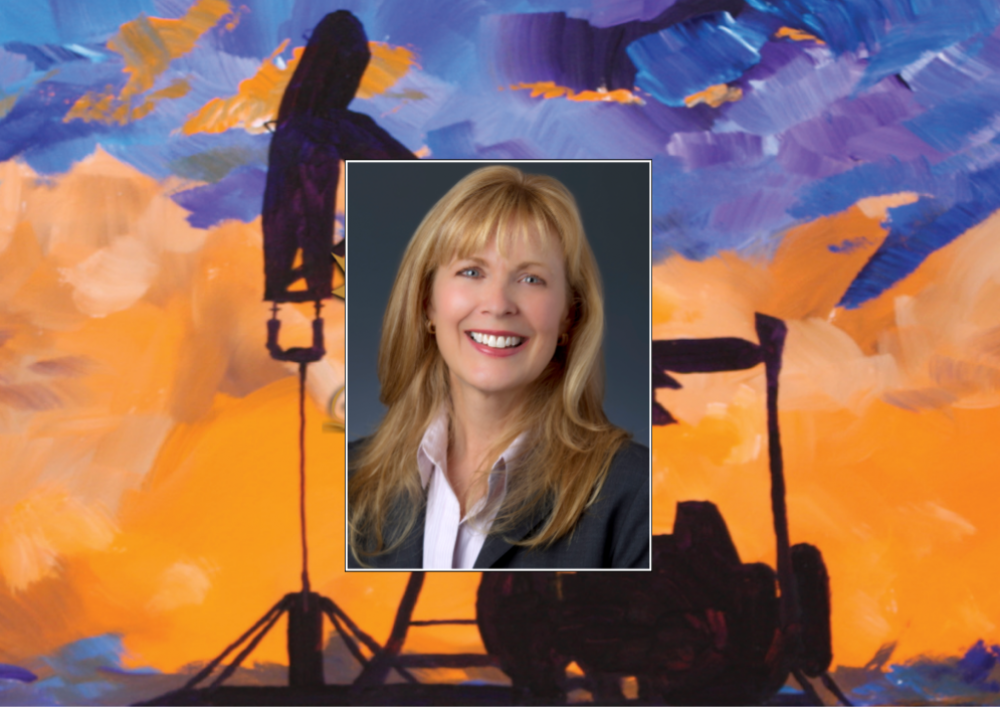 Cindy Yeilding’s first dance with a sleeping elephant came during a summer internship with Standard Oil of Ohio (Sohio) in 1982. It taught her how to identify oil and gas on well logs collected from the mature fields of the Permian’s Delaware Basin.

“I observed zones that looked like they had hydrocarbons in them, but they didn’t look like the others that were pointed out as oil- and gas-bearing,” she says. “As any good intern would do, I asked my boss why they were not being produced. He would say, ‘Oh those are waste zones; there’s not much left to play for in the Wolfcamp.’”

Times change, technology evolves and new insights are made. A 2018 assessment by the U.S. Geological Survey determined that the Bone Spring and Wolfcamp contain an estimated 46.3 billion barrels of oil and 281 trillion cubic feet of natural gas.

“Looking back at it after 30 years, obviously I didn’t come up with the technology solution on how to get the oil out, but I wish I had,” says Yeilding, senior vice president of strategic initiatives for BP America Inc.

The experience foreshadowed the arrival of another elephant named Thunder Horse in Yeilding’s long career as a geologist instead of the architect that she once had planned to become.

Her initial studies were in art history and math at Dallas’ Southern Methodist University (SMU). However, she found herself enjoying her geology classes more than math in part due to a childhood spent collecting rocks and hunting fossils with her mom, which fueled a lifelong interest in the physical world.

After earning her master’s from the University of North Carolina and bachelor’s in geology from SMU, Yeilding started her career at Sohio (now BP) in 1985 as an exploration geologist. She has worked as an exploration, production, appraisal and well-site operations geoscientist in basins around the world, chief geoscientist for the Gulf of Mexico, and global geoscience technology and R&D manager for BP as well as vice president of Gulf of Mexico and vice president of global new access in her career. Most recently, she chaired the working team that delivered the 2020 National Petroleum Council study on carbon capture, use and storage.

Yeilding cites her time as the exploration team leader at the Thunder Horse discovery in 1999 as one of her career highlights.

“Many thought the Gulf of Mexico Basin was over and done with, but BP really believed in the potential of the basin, allowing us to do the fundamental science and continue exploring in the basin in spite a string of industry dry holes,” she says. “What came out of that fundamental science and pushing the boundaries of technology were discoveries like Thunder Horse. Just being involved in something that helped unlock a new play in a basin that many had walked away from is really significant for me and for the team that enabled the delivery of it.”

Twenty years later, Thunder Horse continues to be one of BP’s largest deepwater producing fields in its Gulf of Mexico portfolio.

Over the course of her career, Yeilding has been recognized for numerous awards, including the American Association of Petroleum Geologists (AAPG) naming her a “Legend in Exploration” in 2003. She is founding member of BP’s AAPG Women’s Committee and initiated and implemented the Women’s Networking Session and the High School Energy Challenge at the Offshore Technology Conference (OTC). She serves on the OTC board of directors and is its chairperson for 2020-2021.

“Most don’t realize it’s a not-for-profit organization. The revenues are re-allocated every year to the 13 founding technical societies,” she says. “It’s a really cool way to give back to the industry and ensure that these technical societies receive much needed funding.”

Looking forward, Yeilding believes the next generation of leaders would do well to embrace the concepts of the energy transition.

“Through lowering our carbon footprint, developing and implementing new forms of energy, we will find there are many roles for geoscientists and engineers,” she says. “There’s so much synergy with the experience and the projects that have been delivered by the industry over the past 50 years. Embrace the transition and the opportunities that it will bring.”