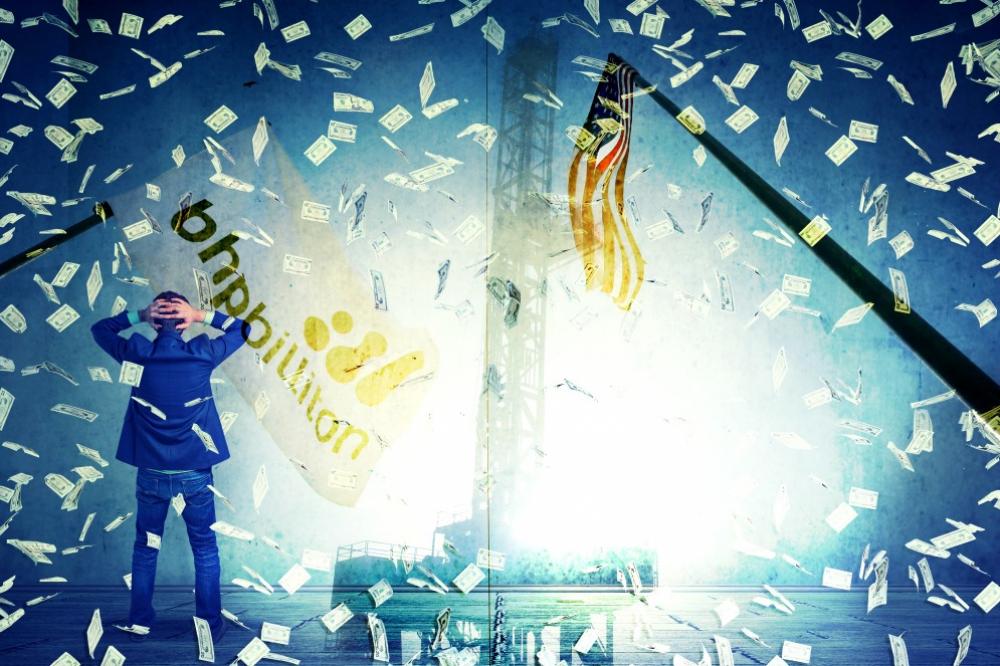 Whether the price was too steep—BP officials say the market will decide—the company clearly needed assets in the Permian Basin and Eagle Ford and Haynesville shales if it was going to hit its goal of lifting Lower 48 oil production 20-fold by the middle of the next decade.

Bernard Looney, CEO of upstream for BP, said in a July 27 conference call that the company produces 86% gas and just 10,000 barrels per day (bbl/d) of oil.

To reach its stated goal of producing 200,000 bbl/d of oil in the Lower 48 by the mid-2020s, BP was willing to pay for the Eagle Ford’s current production and the potential of the Delaware Basin’s Reeves County, Texas. Reeves, with a 3,000 ft hydrocarbon column, is one of the most active Permian counties, operating about 72 rigs in July.

“This deal transforms BP’s U.S. business. It will immediately raise its U.S. production by almost a fifth while providing competitive returns and volumes growth,” Petrov said. “We see BP’s combined U.S. production hitting 1 million boe/d in 2020, with the potential to reach close to 1.4 million boe/d by 2025.”

However, BP remains somewhat hamstrung by market visibility into its U.S. assets—and more physical constraints due to infrastructure needs in the Permian Basin. The company said it’s taken the Permian bottleneck into account and will more slowly put capital into the play and $2 billion to $3 billion in the BHP assets in each of the next few years.

For BHP, the shale assets were an albatross for the Australian mining giant. In the past three years—through July 27—BHP bled $12.9 billion in value through impairments to its shale business.

To offset the BHP deal’s costs and also buy back shares, BP plans to increase its divestitures by at least $5 billion. The company already had plans to divest up to $3 billion.

“The acquisition provides BP growth optionality in oily Permian and Eagle Ford and creates immediate value assuming divestments are sold for fair value. However, the deal lifts leverage from 28.1% to near the 30% ceiling of the target range and will result in BP selling assets to fund a share buyback program,” Jason Gabelman, an analyst at Cowen & Co., said in a July 27 report.

The most valuable part of the package is BHP’s Eagle Ford position given its scale and attractive economics, WoodMac's Petrov said. The Permian acreage offers the biggest longer-term upside, with some of the best breakevens in the play, well below $50 per barrel Brent prices.

“Similarly, the Haynesville assets have some of the most attractive shale gas economics outside the Marcellus, and nicely compliment BP’s existing acreage in the play,” he said.

Looney said the BHP acquisition gives BP a split of gas and liquids that holds “the potential to transform the Lower 48 business.”

Cowen’s estimated the acquired resource is about 60% gas, based on BP’s data, with potentially 15% of the resource and production NGL, based on historical BHP data.

Still, analysts on the conference call asked about possible risks associated with assets that have previously been heralded for their “proven growth profile”—comments made seven years ago when BHP paid $15.1 billion to acquire more of them from Petrohawk Energy Corp.

Looney twice said the company had examined “well by well, location by location” the BHP assets. The company also repeatedly drew attention to excluding zones such as the Avalon and potential Bone Springs and Wolfcamp benches in an effort to highlight that they weren’t included in BP’s base valuations.

On the conference call, Deutsche Bank analyst Lucas Herrmann questioned whether BP, in securing the package among a weight crop of suitors was “probably paying a premium for this asset relative to what others might have been willing to pay at this time.” Herrmann asked how the company would give the market visibility into their value or face the danger that “more value becomes trapped in these assets.”

BP CFO Brian Gilvary said the market will judge whether the company paid a fair price for the assets, though he said: “I don’t believe we’ve paid a premium at all.”

The company purposefully valued production at oil prices below $40 per barrel, and the deal still remains accretive in its first year, he said. A $10 per barrel change in oil prices results in roughly a $4 billion change in value, BP said.

“We don't know what oil prices will do. We'll continue to plan on $50 to $65, which we think is a good run long-term assumption,” he said. “But there is no question as we hit the front-end of this curve of this transaction, we're likely to be able to achieve much higher values.”

Looney also noted that the company has made strides in improving its production through technology. The company will also acquire “a thousand miles of oil and gas and water gathering systems that we’re buying as part of this system as well as five gas facilities.”

The majority is in the Eagle Ford and operated through a joint venture with Kinder Morgan Inc. (NYSE: KMI). The company will also acquire some gas and water lines in the Permian.

“So, $10.5 billion, $1 billion to $2 billion for the midstream, $2 billion to $3 billion of synergies—you get to see why we think this is an attractive value proposition,” Looney said.

The deal is the most notable Lower 48 transaction for BP since its acquisition of 33,000 gross acres and roughly 480 gas wells in the San Juan Basin assets from Devon Energy Corp. (NYSE: DVN) in 2015. Neither company disclosed the acquisition price.