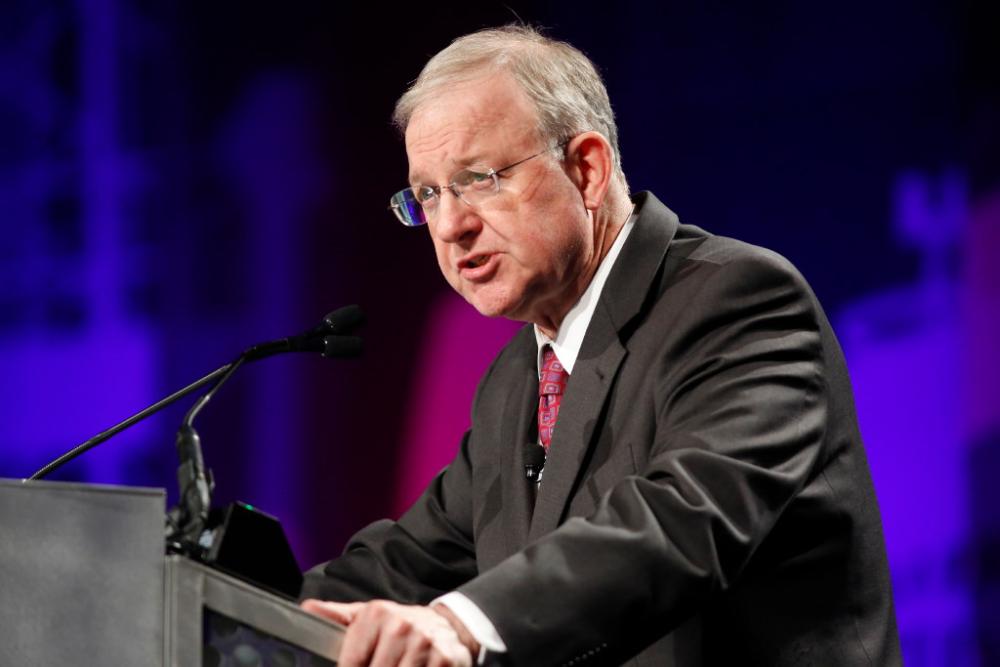 At DUG Permian Basin, Tom Petrie advised that the U.S. is poised to become a key driver of the oil supply equation. (Source: Hart Energy.)

FORT WORTH, Texas—Ongoing political and social unrest in the Middle East, ever-increasing domestic oil production, and unpredictability in President Donald Trump’s administration are all shaping a fluid geopolitical environment that will certainly impact the global energy market, according to Tom Petrie, chairman of Petrie Partners, an investment banking and advisory services firm to the oil and gas industry.

Petrie made his comments during Hart Energy’s recent DUG Permian Basin conference. He said the fluctuating dynamics of the global energy marketplace could result in the U.S. becoming an even bigger player on the world stage.

“A new oil world is unfolding, and the U.S. is on the verge of becoming a key driver in the global oil supply equation,” Petrie said.

The seeds of the current global oil marketplace were planted during the 2011 Arab Spring, which resulted in three failed states, at least two civil wars and a virtual cold war between Iran and Saudi Arabia. The changes in Middle Eastern political structures, combined with post-9/11 economic relationships, created profound changes in the geopolitical environment, Petrie said.

“We saw a profound change in geopolitical powers post-9/11,” he said. “There was a situation where reliance and cross-trade between the Middle East, European economies and North America were well defined. Post-9/11, there’s increasing emergence and overlapping triangular economic relationships, which is a challenge for Western policymakers.”

One of those challenges facing the Trump administration is tax reform and its potential impact on the economy, Petrie said. House Republicans have proposed a border adjustment tax, an idea Trump vehemently dismissed initially but now appears to at least be considering, and one that could create “some unusual distortions,” Petrie said.

A border adjustment tax would place a value-added tax on imported goods, and is designed to reduce a company’s incentive to offshore products.

Another signal on the commodity market horizon is Saudi Arabia’s potential listing of Saudi Aramco, which is widely believed to be the world’s largest-ever IPO, should it come to fruition. Saudi Aramco’s possible listing could raise as much as $100 billion, according to Reuters.

Global exchanges are jostling for position to list the IPO—Japan, New York, Singapore, London, Toronto and Hong Kong are among those interested—with some analysts predicting New York could land Aramco. Others believe legal and regulatory barriers could likely kill a New York offering.

In addition to its potential IPO, as the leader of OPEC Saudi Arabia will soon lead discussions on whether to extend the OPEC production cuts another six months. But Petrie said there is some question about how much member nations are actually abiding by the agreement put in place in the fall of 2016. He said Russia has cut just one-third of what it initially promised it would cut under the agreement.

Amid such dynamics, the U.S. is producing oil at record levels, and doing so profitably in a $50 per barrel (bbl) environment. In mid-March, U.S. companies produced 9.1 MMbbl/d. On April 12, the Energy Information Administration predicted a jump to 9.9 MMbbl/d in 2018.

“The notion of 12 million barrels per day as a theoretical has to be questioned,” Petrie said.