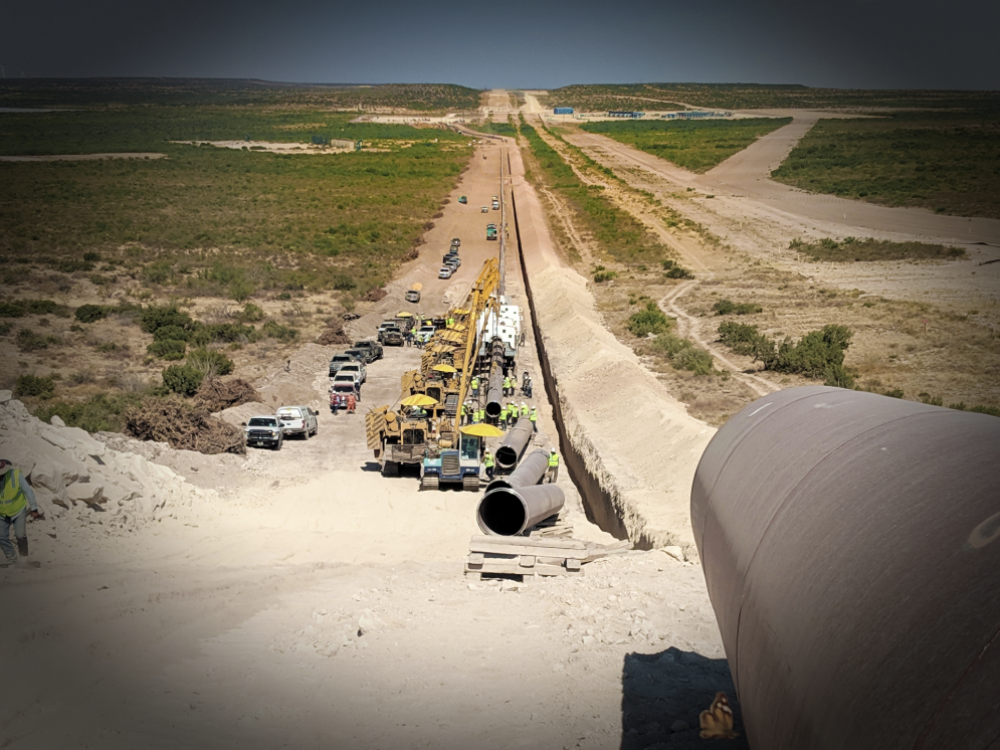 The Waha gas storage facilities will provide material storage capacities to customers of both the Agua Blanca and Whistler pipelines in the Permian Basin. (Source: Pictured is the construction of the Whistler pipeline by WhiteWater Midstream LLC)

Enstor’s Waha gas storage assets have the capacity, when fully developed, to store approximately 10 Bcf of natural gas and include six underground storage caverns and permits for five additional caverns. The assets will be held in a newly formed joint venture (JV) entity, Waha Gas Storage LLC, which will be jointly owned by Whistler Pipeline LLC and Delaware Basin Residue LLC, owner of Agua Blanca.

According to WhiteWater, the Waha gas storage facilities will be connected to Agua Blanca’s Waha header system and will provide material storage capacities to customers of both the Agua Blanca and Whistler pipelines.

The Agua Blanca pipeline, a JV between MPLX LP and WhiteWater Midstream, is capable of moving 3 Bcf/d of gas from Delaware Basin gas process plants in the Permian to delivery points in and around Waha. Meanwhile, the Whistler pipeline, currently under construction, is owned by a JV between MPLX and WhiteWater Midstream plus Ridgemont Equity Partners and a JV between affiliates of Stonepeak Infrastructure Partners and West Texas Gas Inc. Once in operation, the Whistler pipeline will be capable of delivering 2 Bcf/d from the Permian Basin to South Texas.

WhiteWater, which is the operator of both Agua Blanca and Whistler, has reached final investment decision on roughly $3 billion in greenfield development projects since its inception in 2016, according to a company release. The Austin, Texas-based midstream company is partnered with multiple private equity funds including but not limited to Ridgemont Equity Partners, Denham Capital Management, First Infrastructure Capital and the Ontario Power Generation Inc. Pension Plan.

Backed by private equity firm ArcLight Capital Partners LLC, Enstor is one of the largest and most geographically diverse, independent natural gas storage operators in the U.S., according to a company release. Headquartered in Houston, Enstor’s eight storage facilities are strategically located across five states and Alberta, Canada.

Enstor was represented in the transaction by Willkie Farr and Gallagher LLP. Sidley Austin LLP provided legal counsel to WhiteWater.