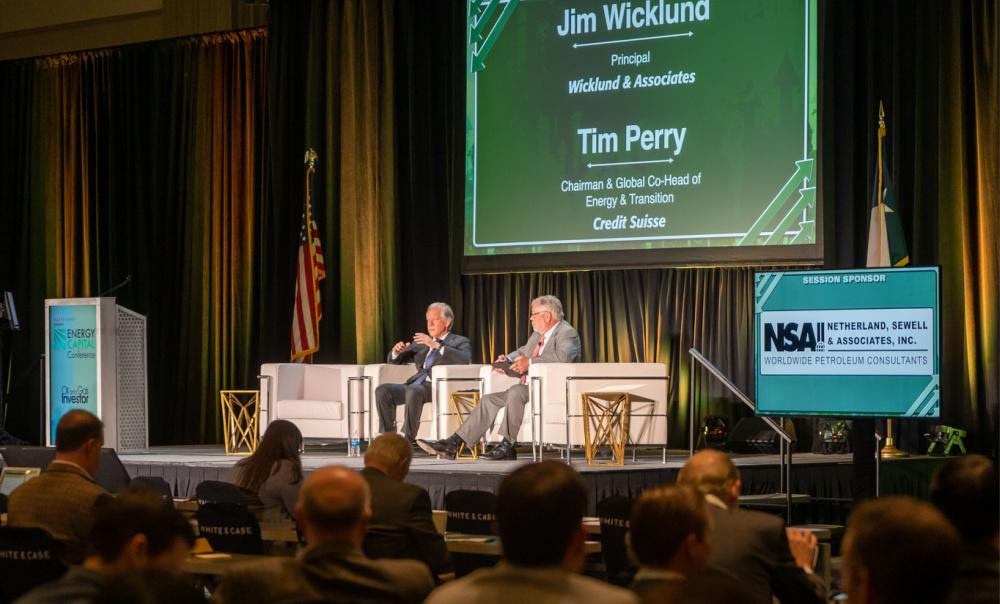 DALLAS—Energy went from being the worst-performing sector in 2020 to being top dog. But is it enough?

Tim Perry, chairman and global co-head of energy and transition at Credit Suisse, doesn’t think so. The reason: this cycle is different.

“In upstream at least, we had one IPO in 2021. And then in 2022, we’ve had exactly zero,” Perry told conference attendees at Hart Energy’s Energy Capital Conference hosted by Oil and Gas Investor on Oct. 25.

As Perry explained during an opening keynote discussion with industry veteran Jim Wicklund, from energy security to energy transition—the landscape for the industry is different in 2022. 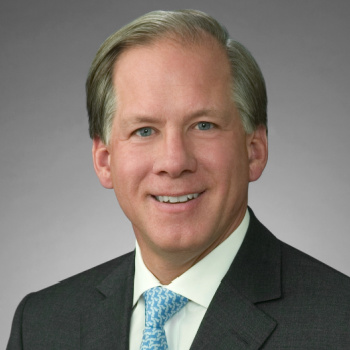 “We are starting to see the long-only [investors] come back in… but frankly, they’re dipping their toes. They’re not in as much as we would like.”—Tim Perry, Credit Suisse

After deserting the sector, some investors are returning. However, the capital formation realm has shifted in three big ways.

First, a lot of companies have chosen to sell out rather than go public. Meanwhile, others have simply chosen to stick it out, which Perry attributed to a good “hold case” because of strong free cash flow.

“The third reason is frankly, the multiples they can get out in today’s market is really low and much lower than historical,” he added.

The upstream industry used to trade at forward multiples of 6x to 8x, particularly in 2015 during the throes of the shale revolution, according to Perry. Now the multiples are somewhere between 3x and 5x.

“It’s a very different environment than it was seven years ago,” he said.

“The world of investors on the leverage and the leveragability of energy companies is very different,” he continued.

Unlike during the shale revolution when upstream companies could lever up to 4.5x to 5x, equity investors now prefer leverage of 1x or below.

“Even the high yield markets, if a company gets over 2x levered, they get nervous about it now,” he said. “It’s a very different environment.

For equities to trade well, they need to be at the leverage number of 1x or below.

“The bank market really has come back,” Perry said.

The bank left the sector or, at the very least, he said, reduced exposure to the sector.

“Those funds are available,” he said. “Traditional bond bases are absolutely available. And then we’re seeing banks that are growing with companies.”

Diamondback, the Midland, Texas-based independent focused in the Permian Basin, went public in October 2012. At the time, Diamondback was producing about 3,000 bbl/d. Today, Perry said the company’s production is somewhere around 381,000 bbl/d.

“It’s an incredible growth rate, but the point is that at 3,000 barrels per day, today that would be considered too small to take the company public,” he said.

Today, a company that size would have to be funded more by traditional bank debt or private equity than the capital markets.

In private equity, in particular, Perry has seen some firms reduce exposure to the energy industry or almost leave it altogether.

“I think private equity has realized the lack of capital that frankly has been available to the energy industry so they have stepped up to fill that gap,” he said.

To the family offices, cash-on-cash returns are particularly important.

“If you look across the S&P 500, the energy industry is having the highest cash on cash returns,” he said.

Perry estimates companies will be able to return equity capital in three to four years with free cash flow yields of 30%-35% or at least 25%.

“Relative to other industries, that’s an enormous cash-on-cash return,” he said noting that is driving an increase of family office coming into the industry.

The boost in returns is also helping the sector’s performance in the S&P 500.

As Perry reminded attendees, energy was the worst-performing industry in the S&P 500 back in December 2020. However, today, it’s been the best performing.

“There has been a huge reversal,” he said.

If you look at energy as a percentage of the S&P 500, it’s typically somewhere around 8%-11%. The all-time low is below 3%, which is the current weighting of the energy sector in the S&P 500.

“We are starting to see the long-only [investors] come back in… but frankly, they’re dipping their toes,” he said. “They’re not in as much as we would like.”

The return of institutional investors, or the “long-onlys”, would mean the IPO market would be available once again for the energy sector.

“That capital is even available now as I’ve talked about, but again, perhaps at discounts that companies are choosing to hold onto the cash flows,” he said.

Answering a question from the audience, Perry noted the growing importance of energy security and the implications for geopolitics around the world.

“Energy security is already part of the discussion and I think [energy security] and [energy transition] are one in the same,” he said.

In the span of a year, energy security has very much become part of the lexicon and Perry believes the effect will be tremendous for U.S. natural gas producers and the LNG sector.

“Eventually what this means in energy security, of course, is the U.S. has an opportunity to basically replace production that was provided to Europe from Russia,” he said.

“I wouldn’t take one or the other [energy security or transition],” he continued. “I think both are very important right now in terms of the energy industry.”