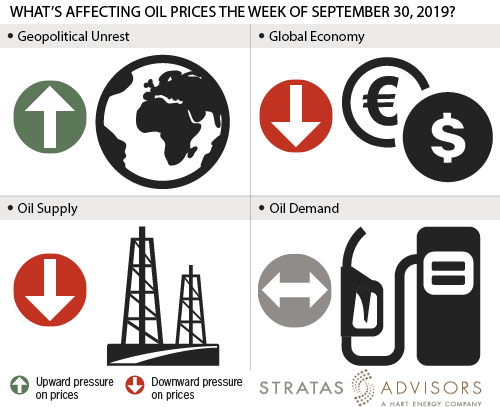 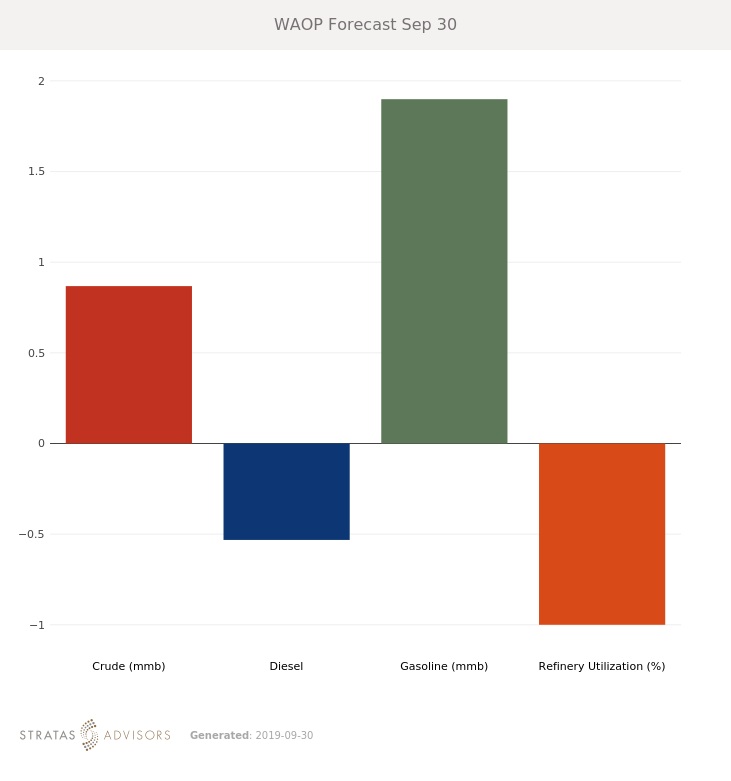 Brent fell $2.19/bbl last week to average $62.98/bbl. WTI fell $2.37/bbl to average $56.95/bbl. Brent is now only $1.69/bbl above pre-Saudi attack levels and will continue to fall until reaching pre-crisis levels. The question then becomes whether or not negative momentum carries prices even farther down. For the week ahead, Stratas Advisors expect Brent to average $60.50/bbl.

A raft of European economic data is due out this week, including unemployment, consumer prices and retail sales from Germany. As the engine of growth in the EU lately, any slowdown in German data bodes poorly for the rest of the region. Disappointing numbers out of Germany could reignite fears about demand and push crude even lower.

The biggest threat to demand continues to be the U.S.-China trade war. Almost lost in the noise about the attack on Saudi Arabia and impeachment in the U.S. have been updates on trade discussions. Preliminary discussions between delegations from each nation appear to have gone well. China’s Vice-Commerce Minister, Wang Shouwen, announced that Beijing will send Vice-Premier Liu He to lead negotiations in early October. By sending such a high-ranking official, Chinese leadership is signaling confidence in the direction of discussions. However, the next week could be tricky as China prepares to celebrate the 70th anniversary of the founding of the People’s Republic of China. Leadership will celebrate with military parades and a series of speeches touting the nation’s success. While no dramatic pronouncements are expected, any statements seen as too inflammatory or derogatory to U.S. power could sour attitudes in the White House. 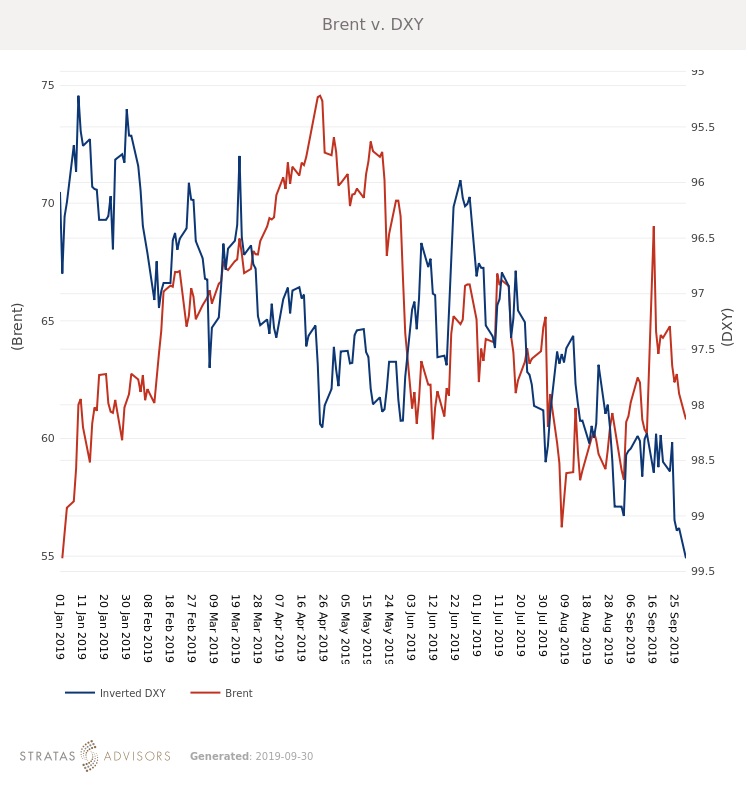 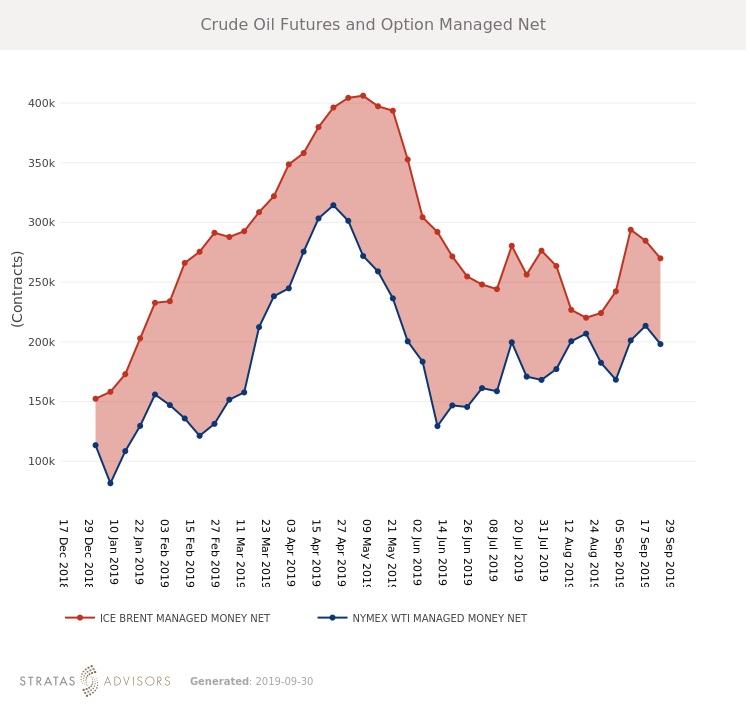 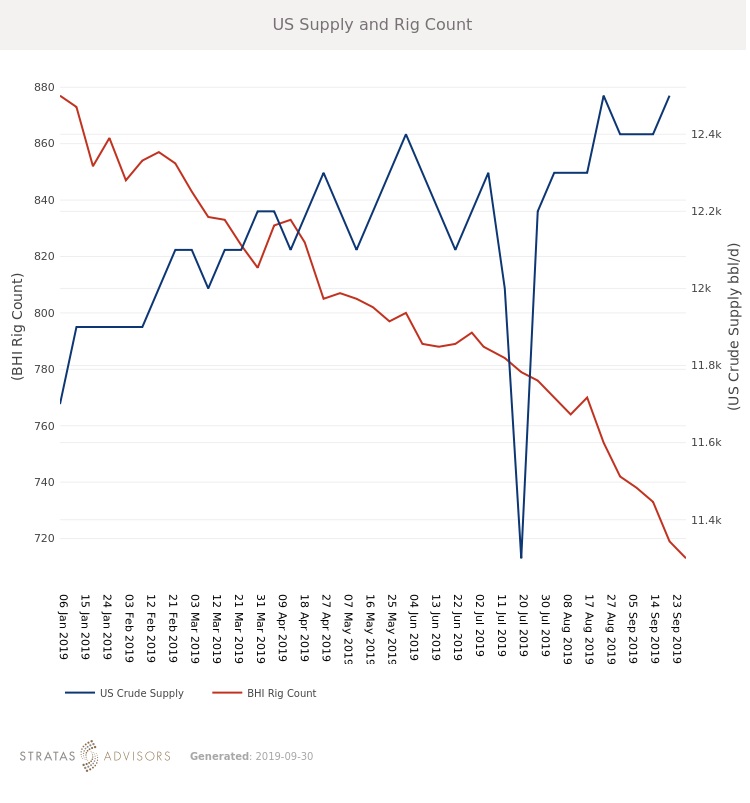 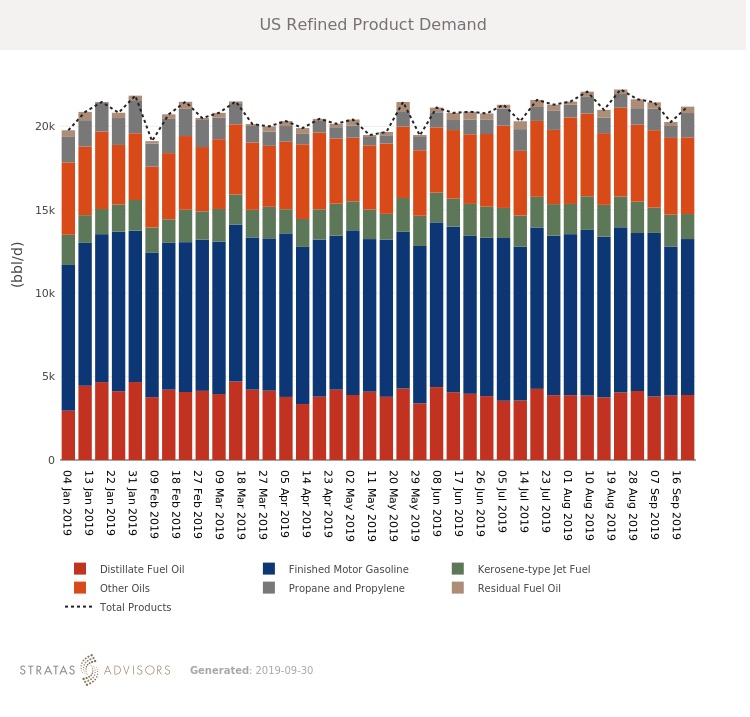 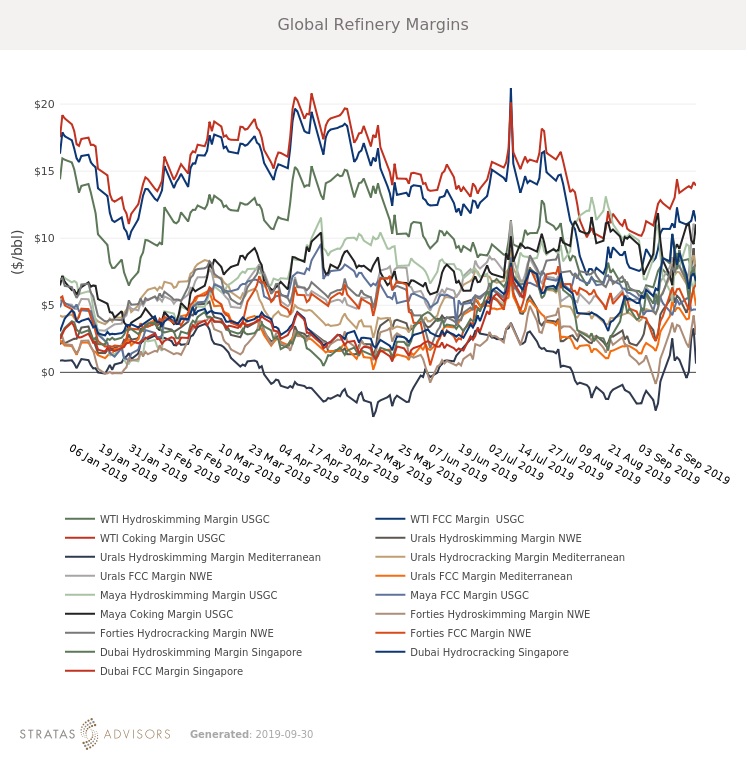 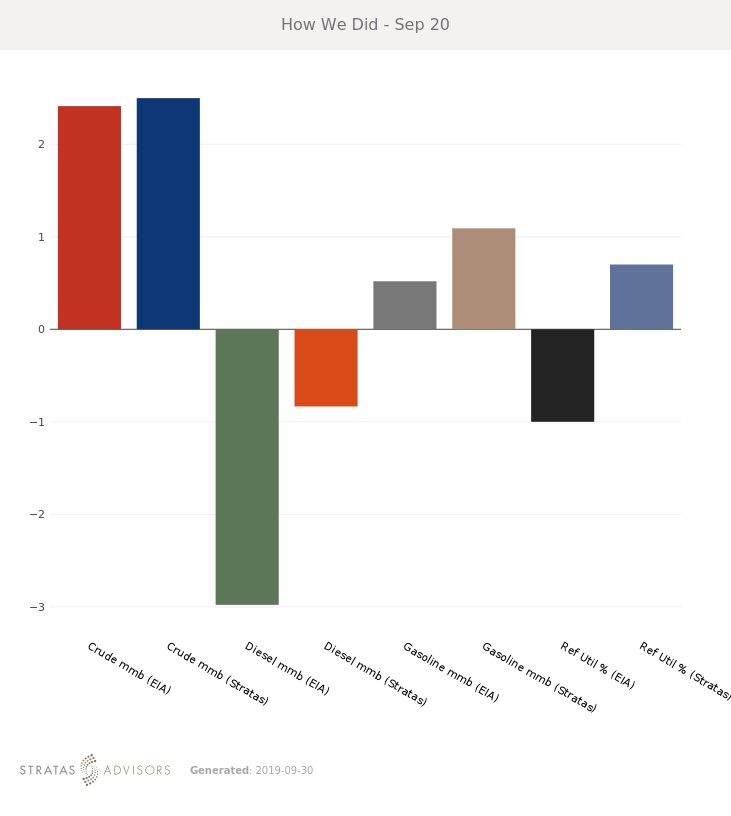 Similar to its peers in the service sector, Basic Energy Services has made moves over the past several months to protect its balance sheet as oil and gas operators slam on the brakes on activity.