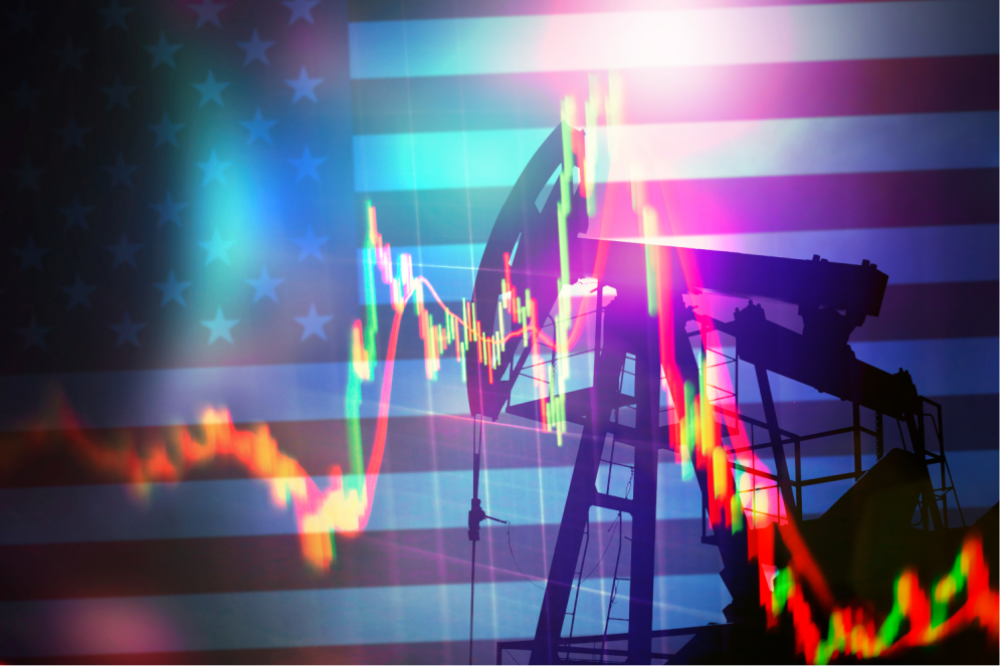 The U.S. upstream sector had found a plateau since end of May, for over three months  production in the United States was hovering 11.2 million bbl/d, sometimes varying by 100,000 bbl/d up or down. In parallel, crude prices had also found a seemingly reasonable equilibrium—hovering around $42/bbl to $45/bbl during this same period. (Source: Shutterstock.com)

The U.S. Energy Information Administration (EIA) reported last week that crude production in the United States declined to 9.7 million bbl/d, a sizeable reduction of 1.1 million bbl/d versus the prior week. The U.S. has not seen production this low since January 2018, when it was producing 9.7 million bbl/d for a brief time prior to continuing increasing towards 13 million bbl/d by March of this year.

On a global basis crude supply has been relatively stable, with most countries fulfilling their pledge to cut production, Iraq clarifying that was not seeking authorization to exceed its promised volume for the remainder of the year and most producing countries focusing on their contribution to crude price stability.

The steep decline in U.S. production and compliance associated with the OPEC+ deal are signs that supply still remains an issue for the crude markets. As such, for this week supply is seen as negative issue.

The China-India border dispute continues to heat up with both sides’ mutual incursions and provocations. Even though the feud continues to be relatively isolated into the Himalayan region, the potential for a larger conflict between two of the largest Asian oil consumers would be disruptive to the oil markets.

Additionally, the growing tensions between China and the US is another factor that has the potential to negatively affect the oil markets.

For this specific week we see this variable as neutral but will continue monitoring for the upcoming weeks.

The U.S. Bureau of Statistics reported last week that the unemployment rate is now at 8.4%, which includes a rise in payroll employment of 1.4 million. Spain and Japan continue to see increased infections as well, which are requiring additional—but localized—steps towards controlling certain economic activities.

We see this variable as impacting positively oil markets this week.

Global consumption continues to be sluggish within the context of COVID-19. But in this context, U.S. Gasoline stocks have fallen back to range of the five-year average, after decreasing around 30 million barrels since April, which is supportive for gasoline prices and refining margins.

The diesel market is not as bullish as gasoline because of the overproduction from refiners around the world, which has created a glut that is likely to impact refining margins for the rest of the year.

Because of this ambivalent clean products environment we see consumption as a neutral variable for prices this week.

Refiners around the world have seen marginally better margins over the last few days, mainly because crude price reductions. Taking into consideration that now oil markets are entering: a time of refinery maintenances and seasonal demand doldrums, there is a potential for margins losing momentum.

Consequently, for this week we see refining to be a negative variable with respect to oil prices.

The last week of activity saw open interest for the Nymex light sweet contract marginally increasing by 1%. For this week, this variable is viewed as neutral with traders weighing positive U.S. labor information within the context of the end of the U.S. driving season and the ongoing concerns about COVID-19 and its continued impact on oil demand.

NP Resources retained Detring Energy Advisors for the sale of its oil and gas leasehold and related interest located within the Williston Basin in North Dakota’s Billings, Golden Valley and McKenzie counties.

Black Falcon Energy LLC, as managing company, retained EnergyNet for the sale of a Midcontinent opportunity in Arkansas, Kansas, Oklahoma and Texas through a sealed-bid offering closing June 3.

Henry Resources LLC has retained TenOaks Energy Advisors as its exclusive adviser in connection with the sale of its nonoperated working interest properties in the Permian Basin across West Texas and southeastern New Mexico.