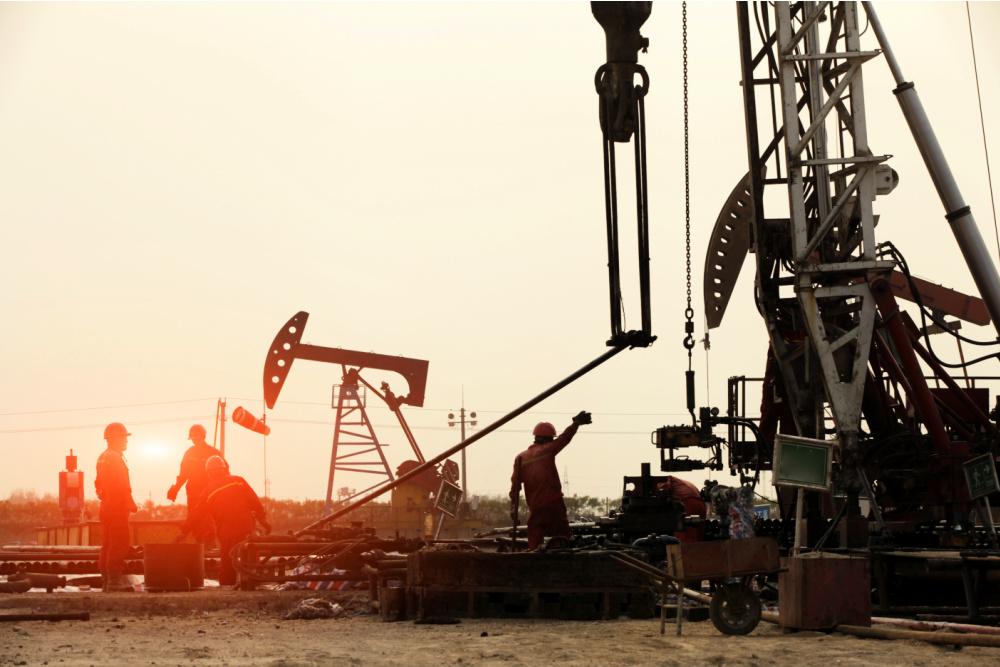 In last week’s note, we highlighted several emerging positive factors for oil prices and developments of last week only provided further evidence for the positive factors. Firstly, is the expectation for the continuation of accommodating monetary policies by the U.S. Federal Reserve and the European Central Bank (ECB). After the recent major speech by the chairman of the U.S. Federal Reserve and the outcome from the Sept. 9 meeting of the ECB, we are still holding to our expectation that these entities will err on the side of being too accommodating, instead of tightening too soon and stifling the economic recovery. Additionally, as has been the situation for the last several weeks, there continue to be signs that the latest wave of COVID-19 is rolling over. From a global standpoint, cases over the last 14 days declined by 18% and deaths declined over the last 14 days by 13%. For the first time since the beginning of the current wave, cases are now declining in all regions: Europe, Middle East, Latin America, Africa, Asia—and finally North America. It is also worth noting that the number of cases and deaths in the current wave never hit the peak of the previous wave that took place in April/May of this year. Cases only reached about 80% of the previous peak, and deaths only reached about 70% of the previous peak.

Additionally, there are factors that will contain oil prices. If prices move too high, the stability of OPEC+ will be more difficult to maintain, since higher oil prices will encourage further supply from OPEC+ members who are eager to pump more oil. Higher prices will also encourage more drilling activity from the shale producers in the US, although this group has been maintaining focus on generating free cashflow and limiting capex. Large consumers of crude oil will also react to higher crude prices, as illustrated by China releasing crude oil from its crude-oil reserve. The action indicates that China is still sensitive about rising oil prices, even though China’s currency has strengthened against the U.S. dollar. Additionally, China will utilize counter-cyclical purchases—buying more when prices are low and reducing purchases when prices are high. 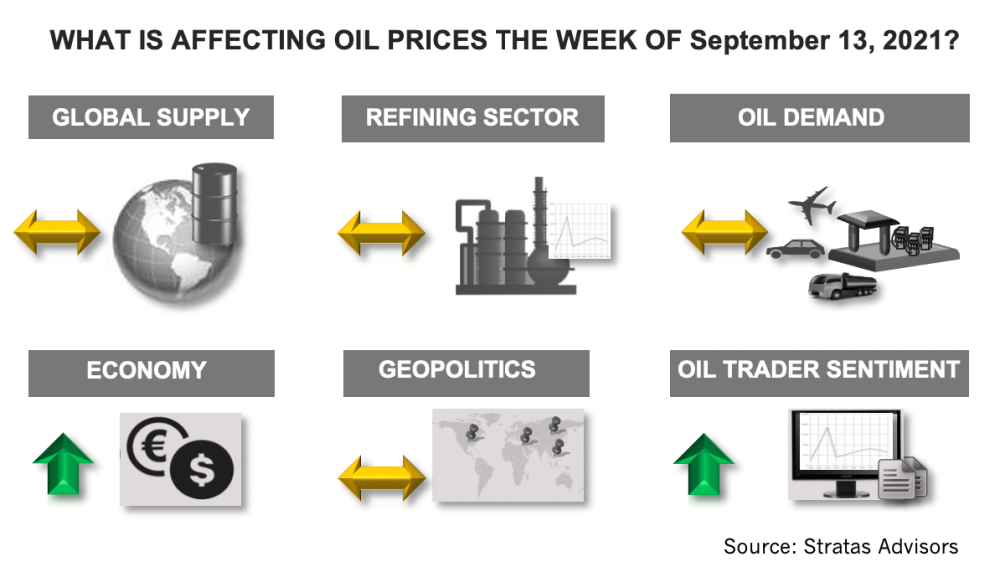 Oil Heads for Third Week of Gains as Output Stumbles

Oil prices steadied on Sept. 24 near a two-month high above $77 a barrel and were headed for a third straight week of gains, supported by global output disruptions and inventory draws.

The loss of up to 250,000 bbl/d after Hurricane Ida has some U.S. refiners seeking replacements for fourth-quarter delivery, especially Iraq’s Basra crude, traders said. Others received supplies of sour crude from U.S. storehouses.