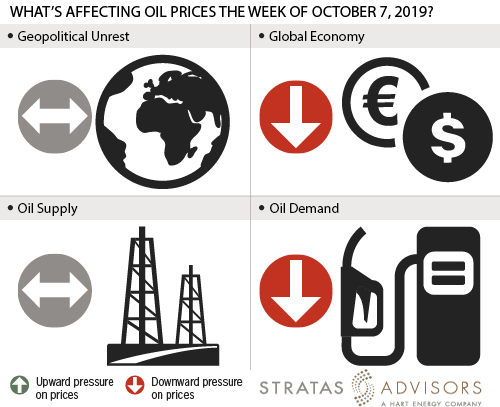 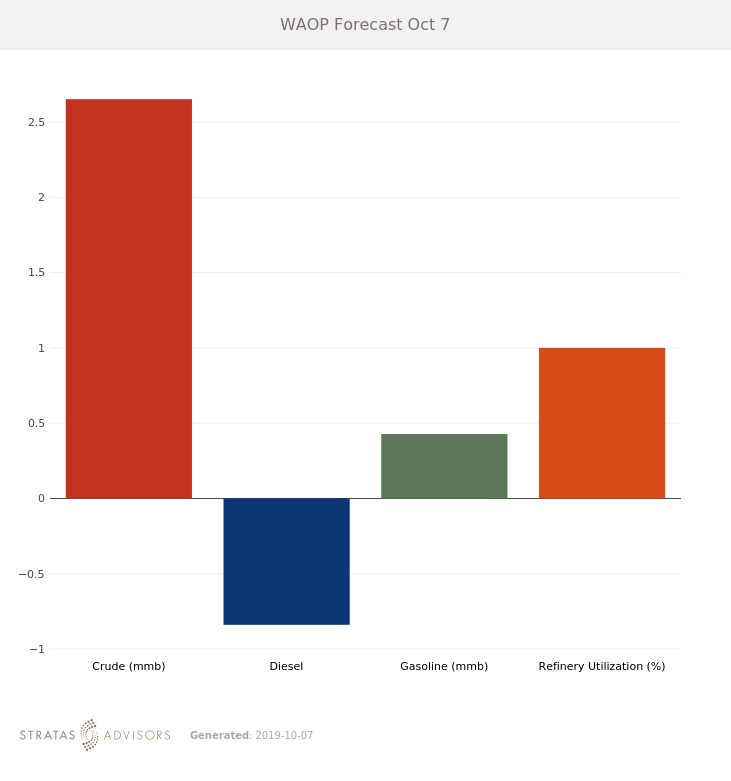 Brent continued to drop last week, falling $4.29/bbl to average $58.70/bbl. WTI fell $3.82/bbl to average $53.12/bbl. Clearly negative momentum is carrying the day, and based on technical indicators there is still more room to fall. For the week ahead, Stratas Advisors expect Brent to average $58/bbl.

The week ahead will see trade negotiations between the U.S. and China recommencing and a lack of progress would be highly detrimental to prices. The most recent raft of economic data showed that more sectors of the economy are turning negative, following in the footsteps of manufacturing, trade and transportation. Stratas Advisors remain cautiously optimistic that a trade deal can be struck but for this week all we are looking for is signs of forward progress. Both leaders could benefit from the political “win” of a trade deal although at the same time neither wants to appear weak. At a minimum both sides are likely invested in staving off any further increases to tariffs. If the White House proves to be too unpredictable of a negotiating partner then Beijing could revert back to wait-and-see mode. Adding to trade concerns, the World Trade Organization has given the United States clearance to impose retaliatory tariffs on European goods in response to years of unfair European subsidies to Airbus. However – while the subsidies occurred in the civil aviation sector, President Trump has threatened to impose tariffs of up to 25% on consumer goods that enter the United States including cheese, wine, and clothing. This could severely impact spending on those items heading into the holiday shopping season.

On the supply side, rigs fell in the United States as refining slowed down slightly. Product stocks in the U.S. remain mixed with gasoline above five-year averages but below last year’s levels. In Europe ARA stocks have been draining throughout the summer and are now generally at five-year average levels. In fact, this rebalancing led to an open arbitrage in jet fuel after the Abqaiq attack. Singapore stocks are also generally below average. With fall maintenance coming up, product stocks are generally entering winter-time somewhat balanced, which should provide some protection in case demand starts to decline. 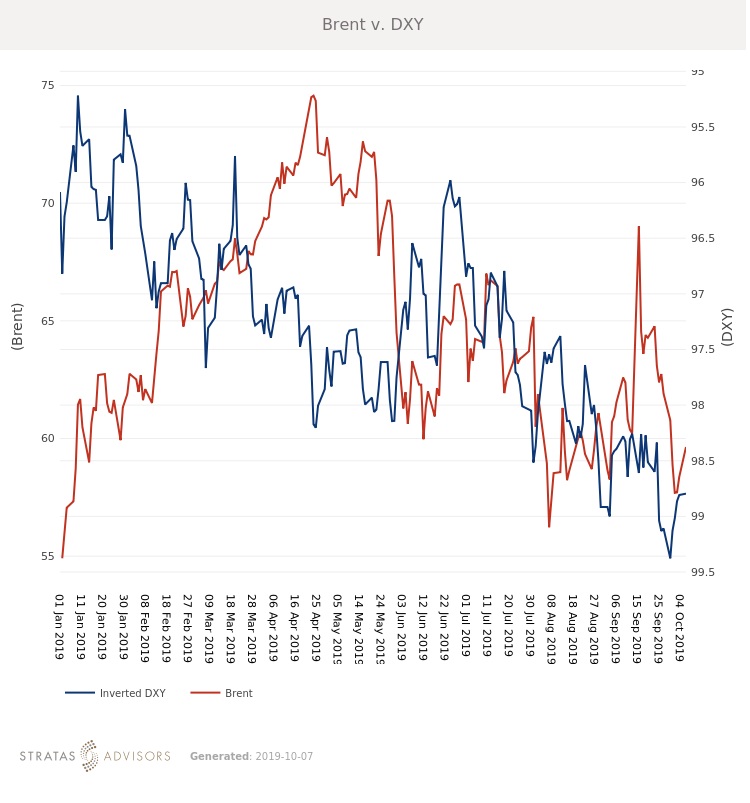 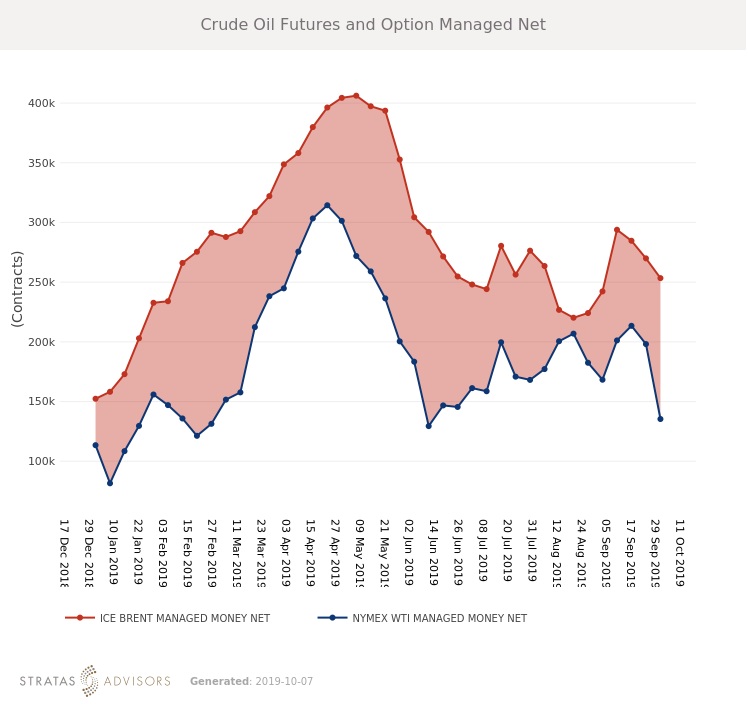 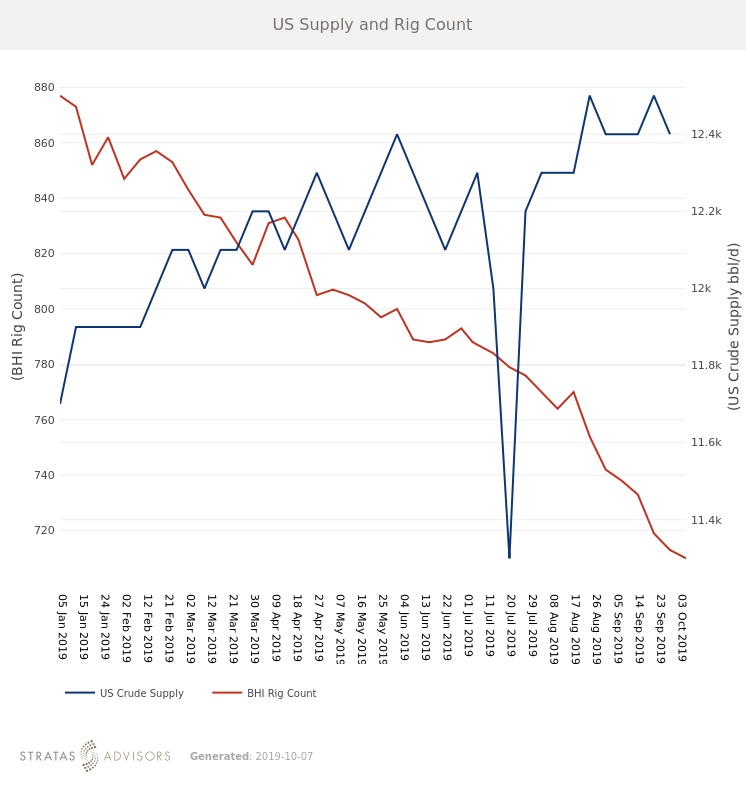 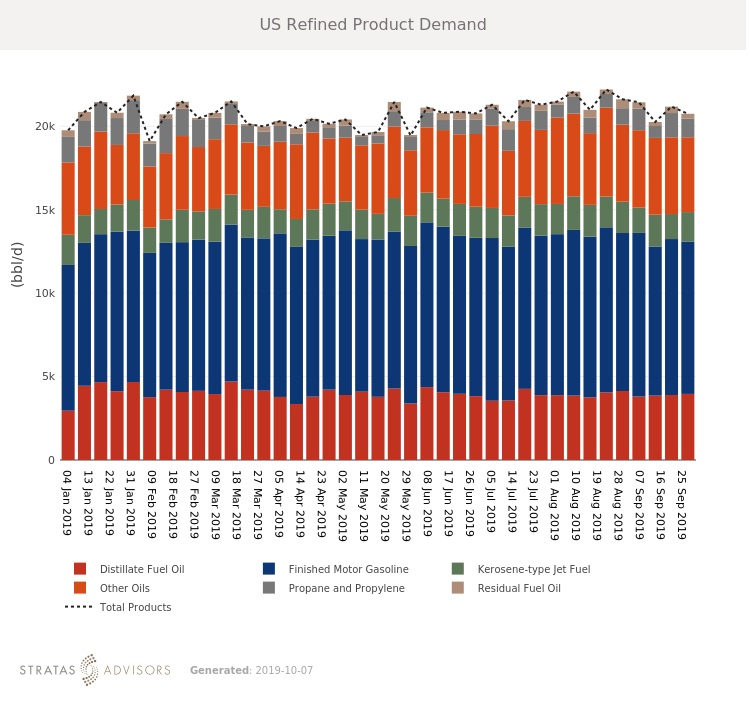 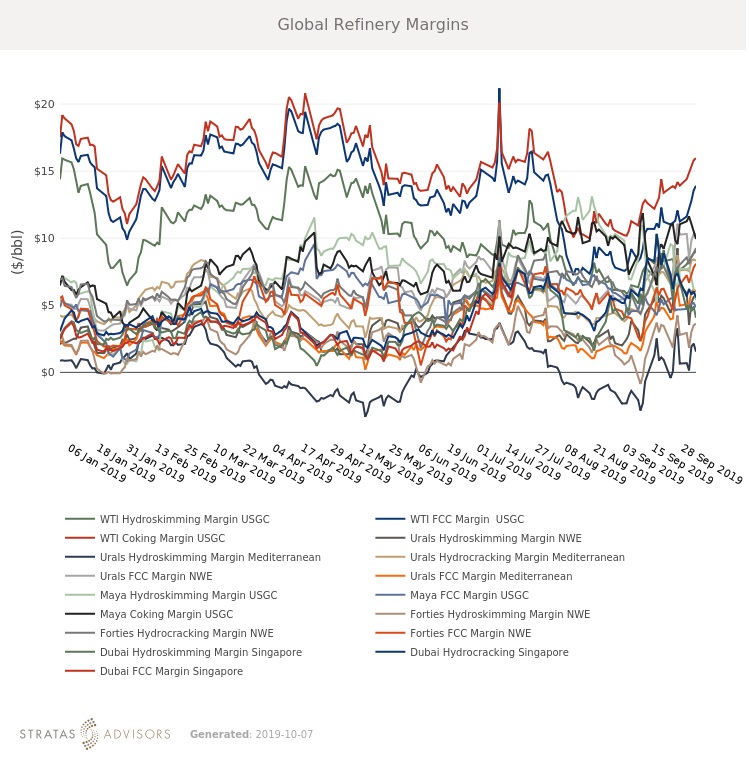 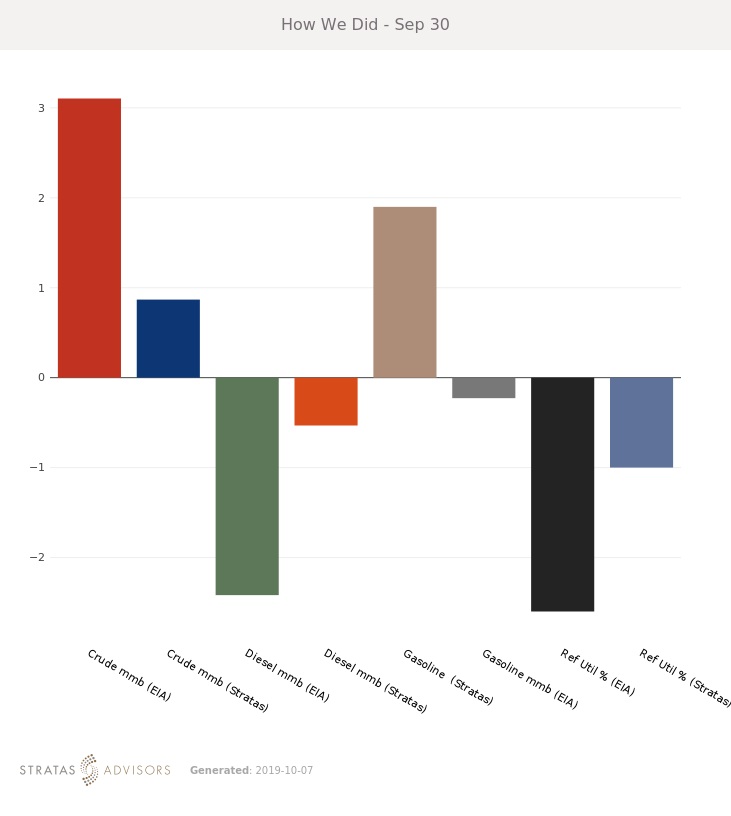