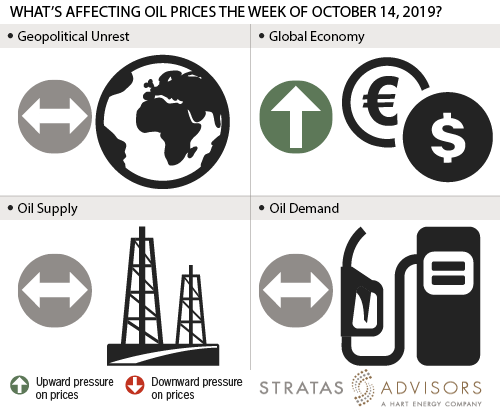 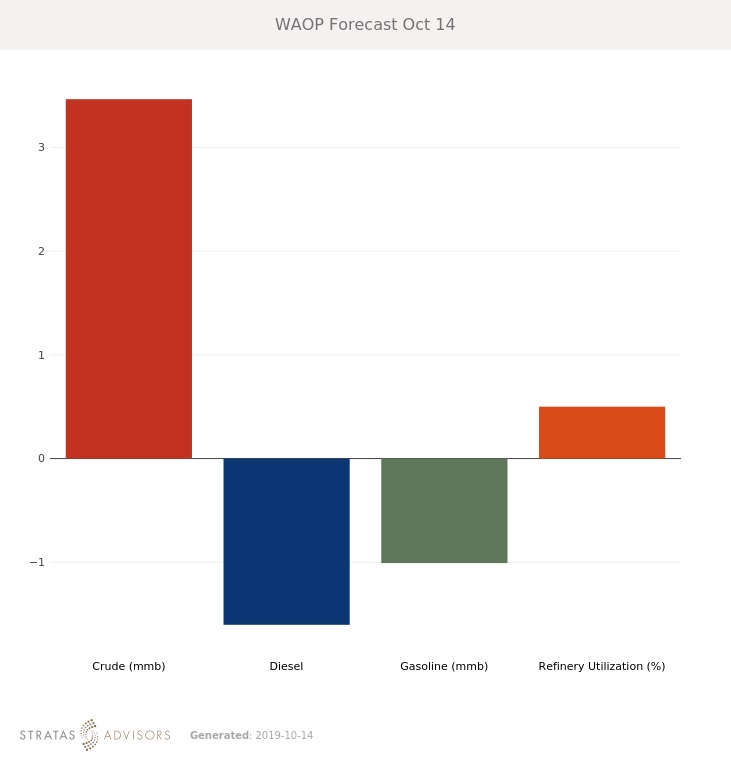 Last week’s trade negotiations ended about as well as could be expected. Both sides came to a preliminary partial agreement on certain agriculture products, intellectual property protections and currency practices. However, the deal remains tentative and will take at least another five weeks to finalize. While President Trump has agreed to hold off on a tariff increase scheduled to take effect on Tuesday, he has not made a decision about tariffs scheduled to go into effect in December. Markets were relieved to see progress but unless new updates and a more concrete timeline are released next week, prices will likely stabilize.

On the supply side, an Iranian tanker was reportedly attacked near the Red Sea on Friday morning. The week ahead could see more rhetoric about the attack from Tehran and inject some volatility into markets. However, any price impact is likely to be short-lived and provide only minimal support this week as demand remains the overriding concern for markets. 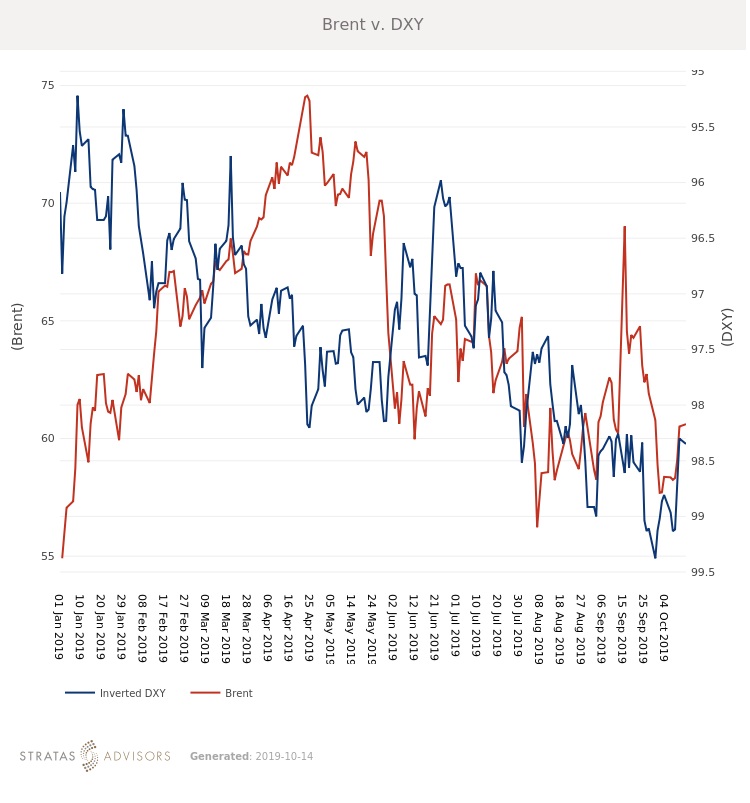 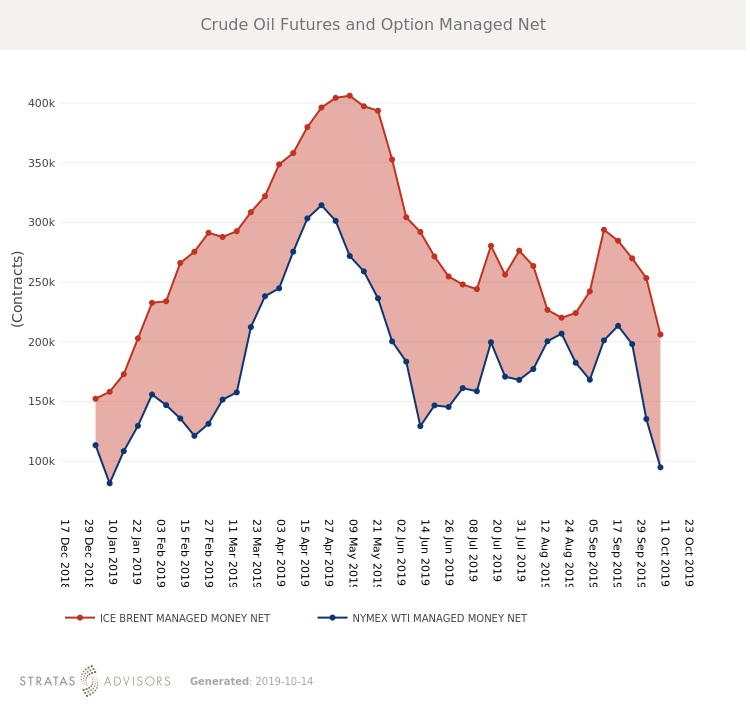 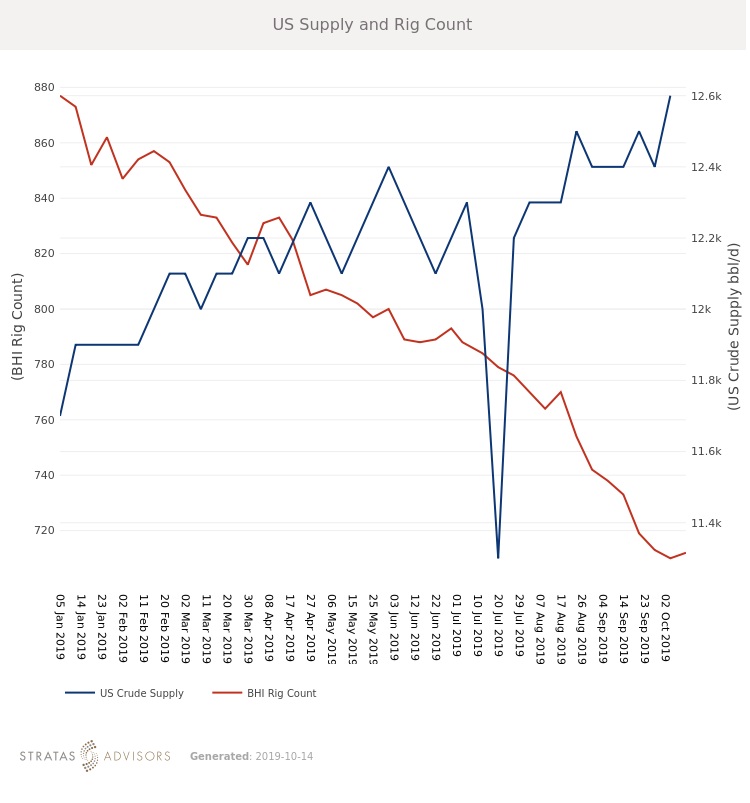 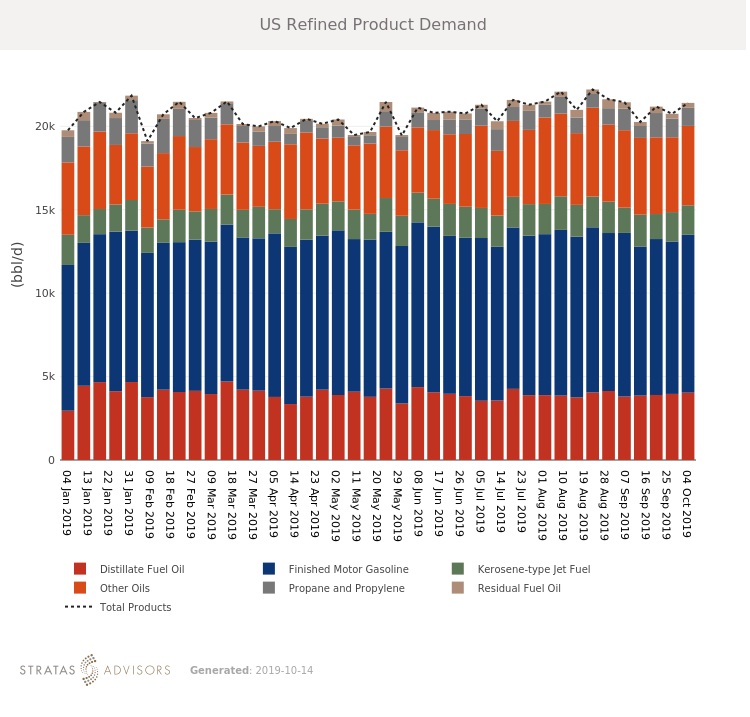 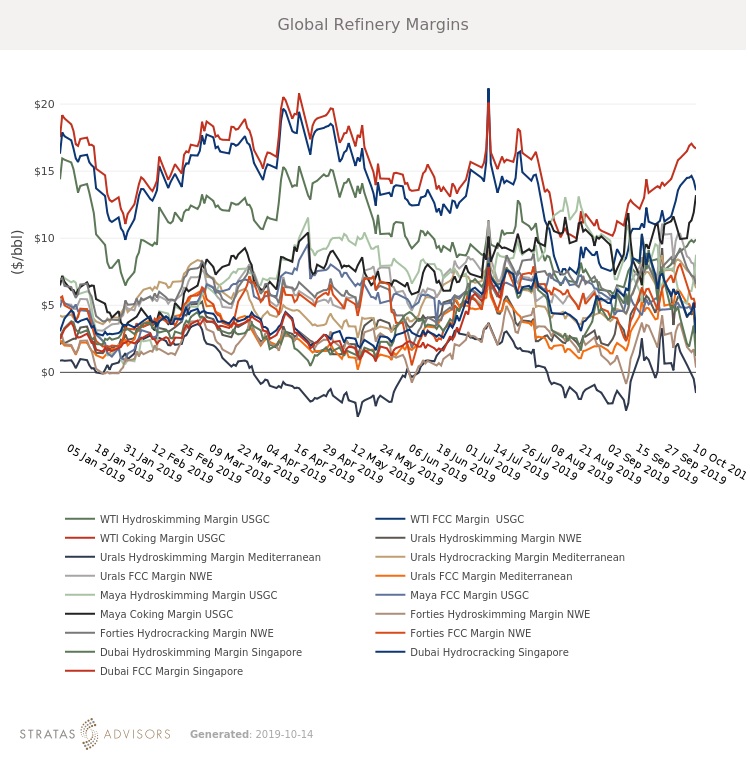 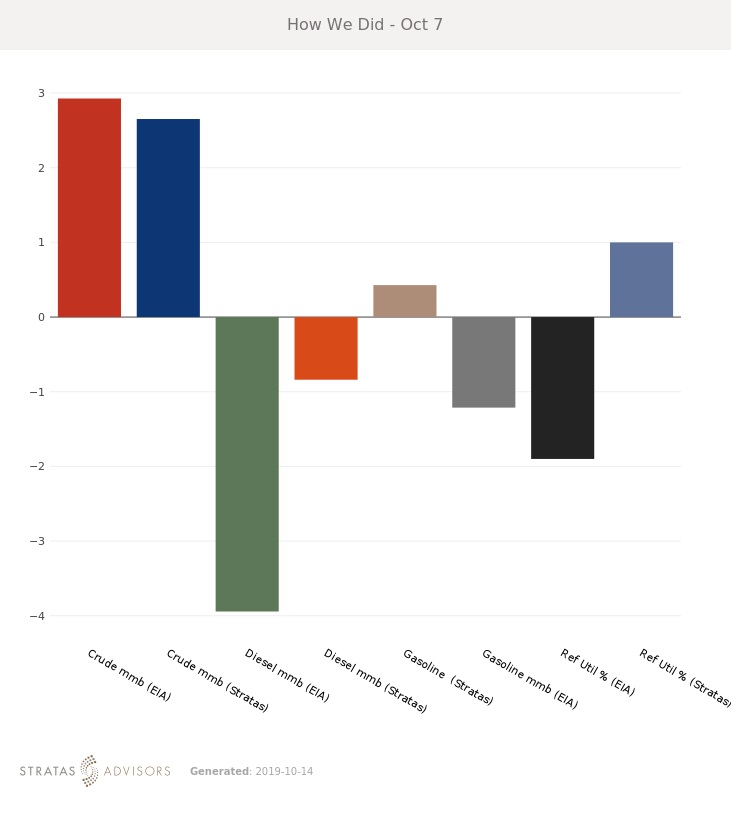 Uganda Expects First Oil Production To Be Delayed To 2022

Dana Gas will begin drilling this year in an area it said Feb. 12 could become Egypt’s next giant Mediterranean gas field, after seismic data pointed to reserves as large as 20 trillion cubic feet (Tcf).