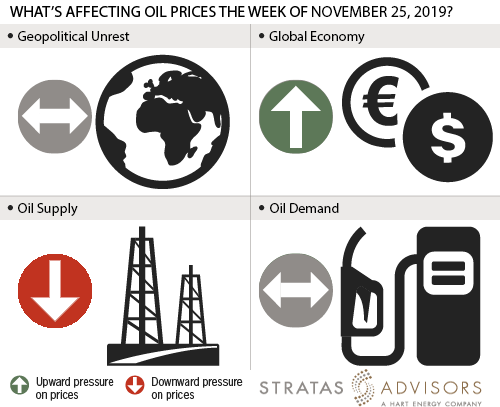 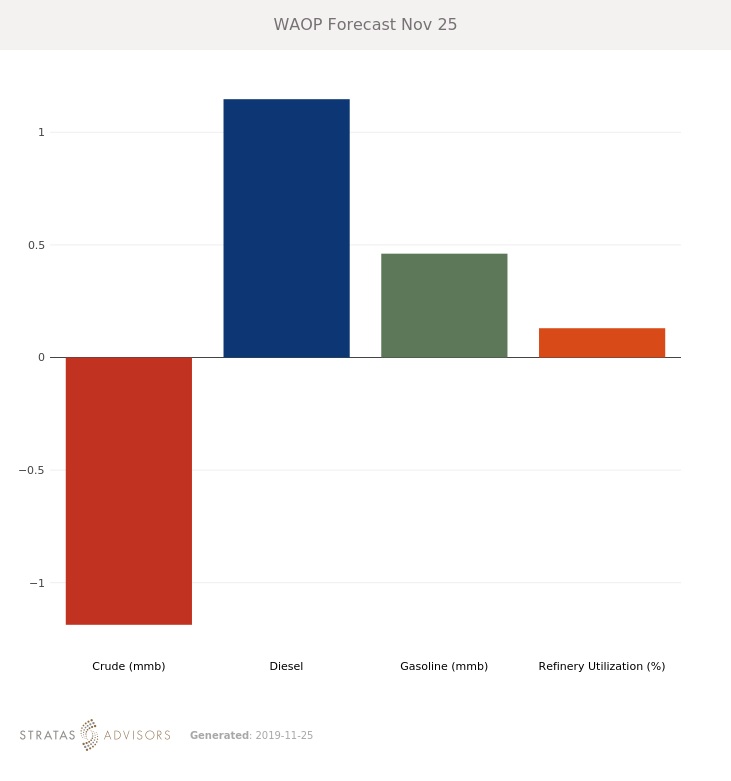 Brent gained $0.18/bbl last week, averaging $62.62/bbl. This was the general level of activity we expected, although a late-week rally pushed prices slightly above our $62/bbl estimate. WTI was more flat, gaining only $0.09/bbl to average $57.14/bbl. For the week ahead we expect this range-bound activity to persist, especially in light of the shorter trading week in the United States.

Brent managed money net positioning has remained above the five-year average for several weeks on optimism for a US-China trade deal. WTI managed money net positions dipped last week and remain at the bottom of the five-year range. While Brent is reflective of renewed economic optimism, WTI reflects concerns about oversupply. The Energy Information Administration recently increased its US crude oil production forecast, which is likely to weigh on WTI positioning in the next report as well.

Day-to-day activity will track headlines about a potential US-China trade deal. Reports out of both countries indicate that the two sides are moving closer together, but even an interim deal seems unlikely by the end of the year. China has made efforts to enhance intellectual property protections, a major sticking point in the negotiations. However, Congress’ recently passed pro-Democracy Hong Kong bill creates a politically difficult situation for the Administration as President Trump must weigh whether to sign the bill or veto it and let Congress override the veto. While vetoing the bill would likely appease Beijing, it would damage the president domestically heading into an election year. 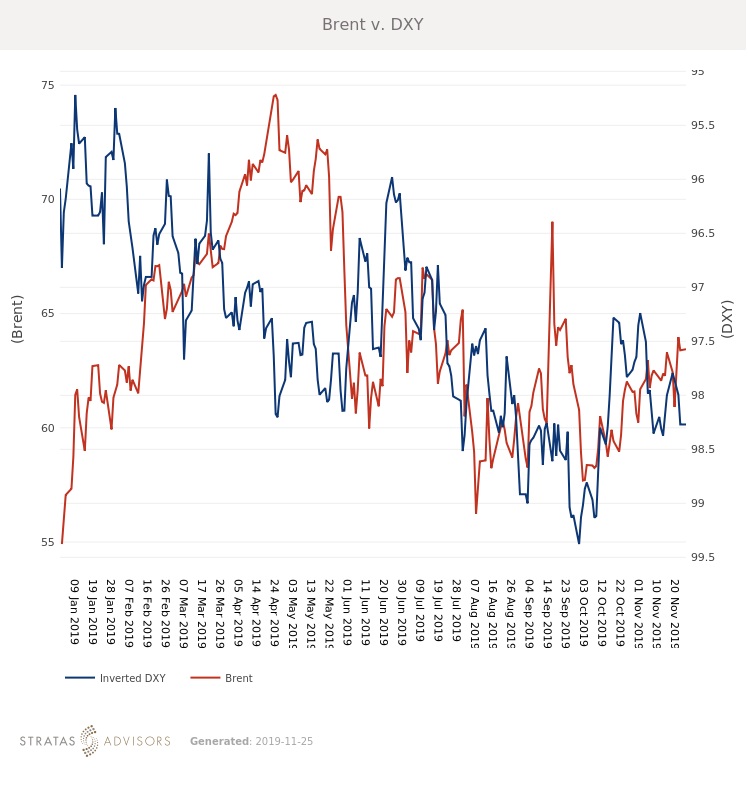 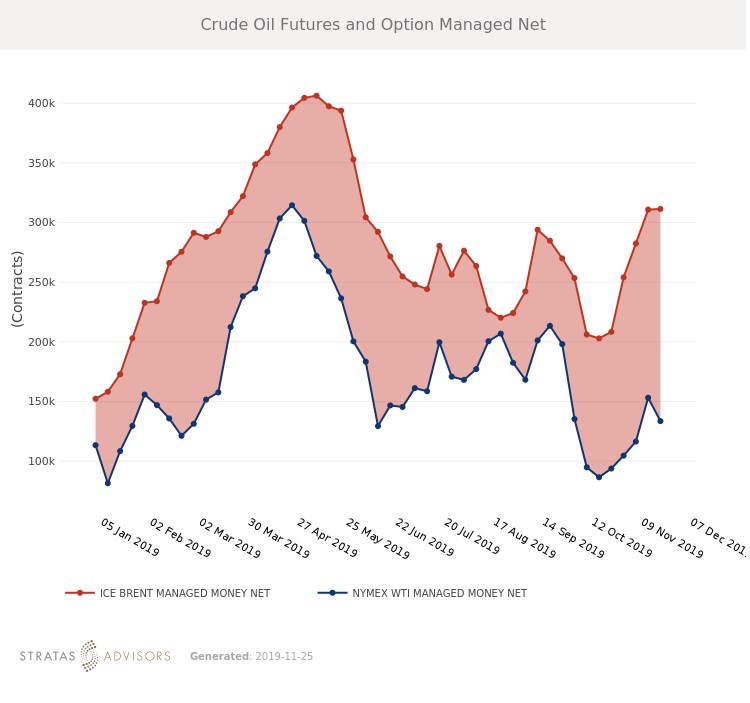 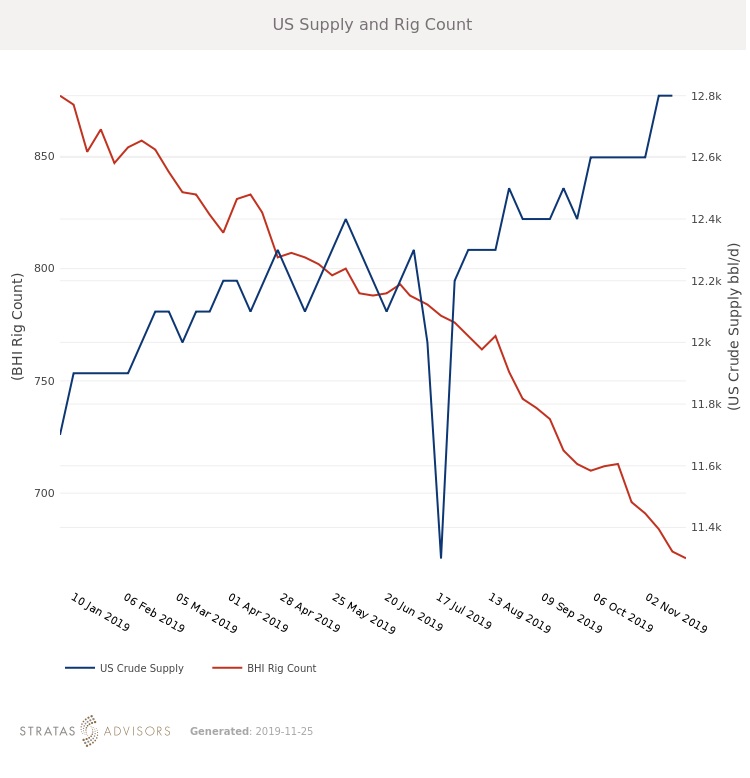 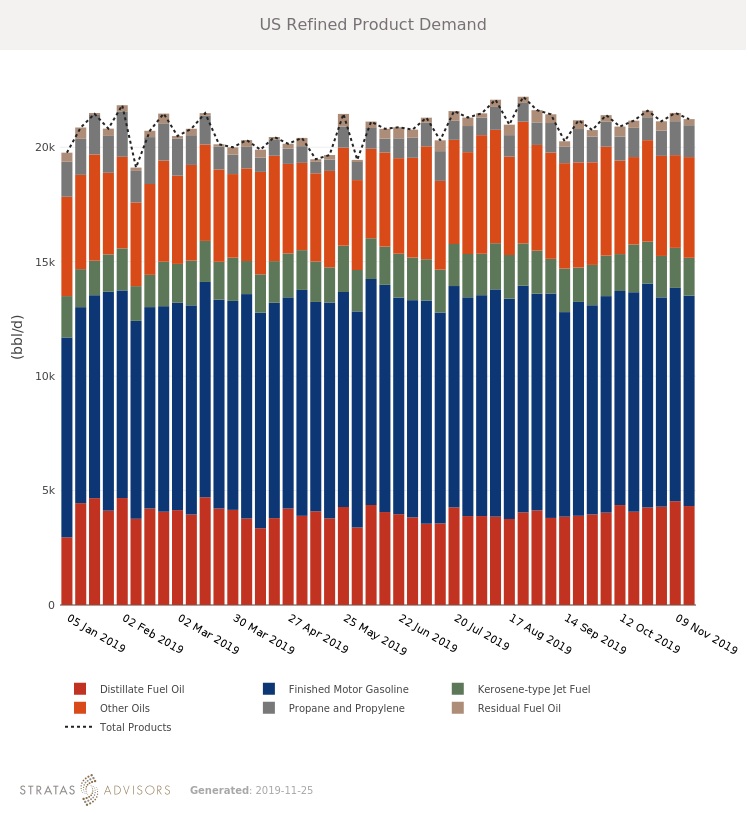 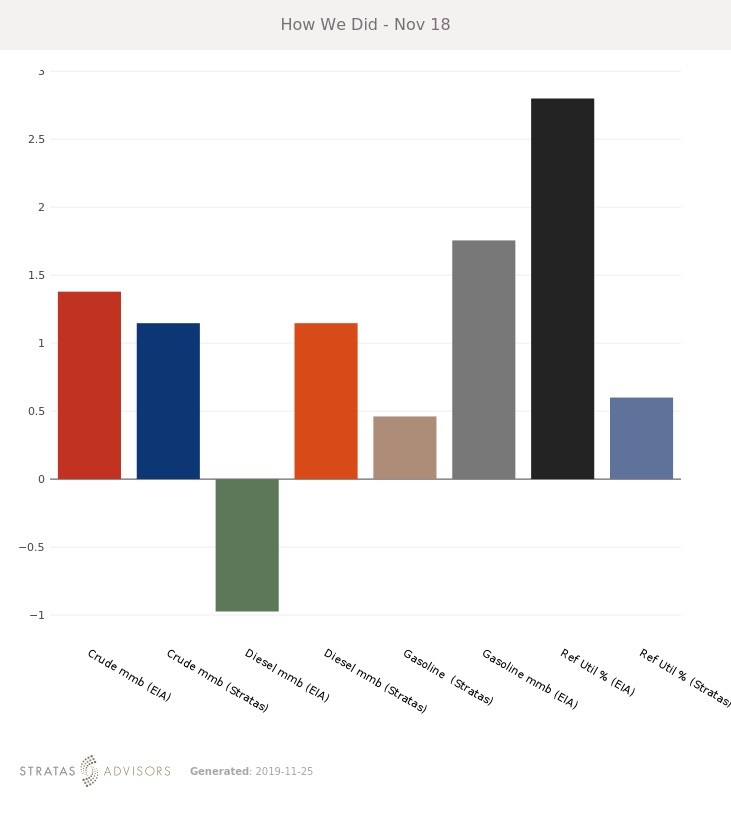 Deal with Western Midstream Partners will give DCP 225 MMcf/d of capacity.