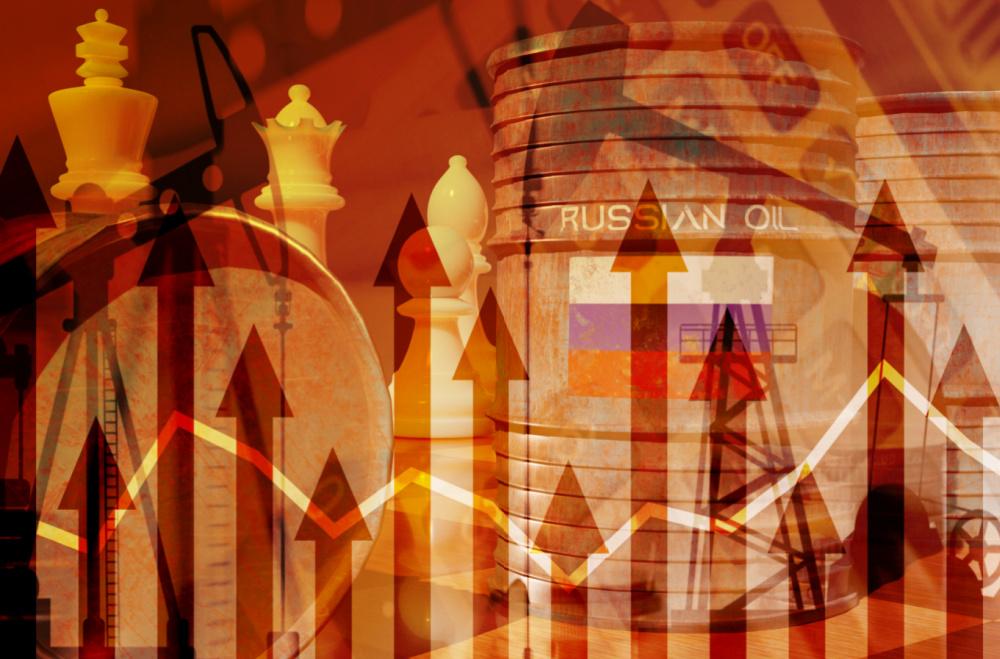 Oil prices have remained high after reaching a high of around $130 and will continue to remain vulnerable due to the uncertainty surrounding the Russia-Ukraine conflict, according to Stratas Advisors. (Source: Hart Energy / Shutterstock.com)

Oil prices have moved downward from the high of around $130 for several reasons. Most importantly, crude oil is still flowing at volumes similar to volumes prior to the Russia-Ukraine conflict. Currently, the sanctions pertaining to Russia’s exports of crude oil and oil products are not that broad with only the U.S., Canada, U.K., and Australia (representing around 12% of Russia’s oil exports) explicitly stating that it will not take any oil-related imports from Russia. As such, Russia is still exporting oil to Asia at levels similar to the beginning of the Russia-Ukraine conflict.

Additionally, India is now importing more barrels from Russia, including in March with imports averaging around 360,000 bbl/d, which is about four times the average of 2021. Furthermore, India has agreed to increase crude oil imports from Russia with the transactions being done on a rubles/rupees basis. China is also expected to increase its imports of Russian crude oil. In contrast, Europe is showing signs of reducing crude oil imports from Russia, by some 1.0 million bbl/d in March. These demand developments are resulting in some shifting of supply, including more barrels from Kazakhstan and Azerbaijan going to Europe and more Urals going to India. In total, the impact on the volume of Russian crude exports appears to be moderate, so far.

2022-04-11 - INEOS will develop a test shale gas site in the U.K. to show the British government that fracking is a safe and local alternative to importing gas from Russia.

2022-04-12 - The U.S. independent has started production from the Khaleesi-Mormont and Samurai fields.

2022-04-12 - In the three-year pilot stage, Chevron plans to invest $65.7 million to drill, complete and commission five horizontal wells in the Vaca Muerta Shale formation. In addition, the oil major will invest $13 million in infrastructure.