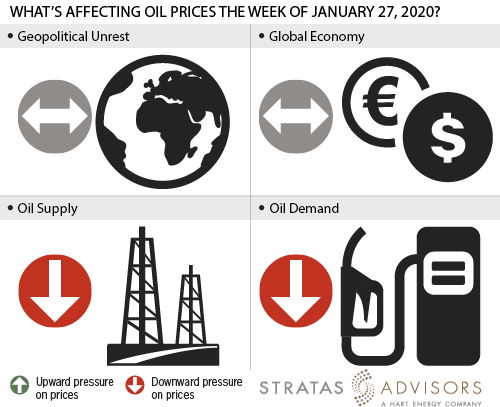 Demand fears stemming from the coronavirus outbreak appear overblown, but that doesn’t mean they won’t continue to weigh on prices in the short-term. The Lunar New Year celebration in China is one of the largest travel holidays in the country and the virus has severely curtailed festivities. Several cities have been placed under quarantine, major attractions closed and festivities have been canceled in other cities. Similar to the SARS outbreak of 2003 the virus has now been confirmed in several other countries, but international travel restrictions are not currently in place. The SARS virus was contained within a year, and no new cases have been reported since 2004. Although the outbreak will certainly weigh on first-quarter transportation demand in China, it is unlikely to alter expected fuel demand around the globe. We expect that the ultimate outcome will be wider price differentials between some Asian crude and product grades compared to their international counterparts. Most notably, if demand in China were significantly reduced we would expect Brent-Dubai to widen.

WTI has fallen more than Brent in 2020, and especially since demand fears were reinforced by reduced travel in China. Due to strong production growth in the United States and the fragmented nature of the industry, any oversupply would appear first in the U.S. Crude and distillate stocks in the U.S. are currently below the five-year average. Gasoline stocks are elevated but are in line with last year’s levels and continue to follow seasonal patterns. If crude and distillate stocks build sharply, domestic prices will be even more negatively impacted. A light refinery maintenance season should stave off any unexpected increases, but markets are likely to view even seasonal movements in a negative light given persistent demand concerns. 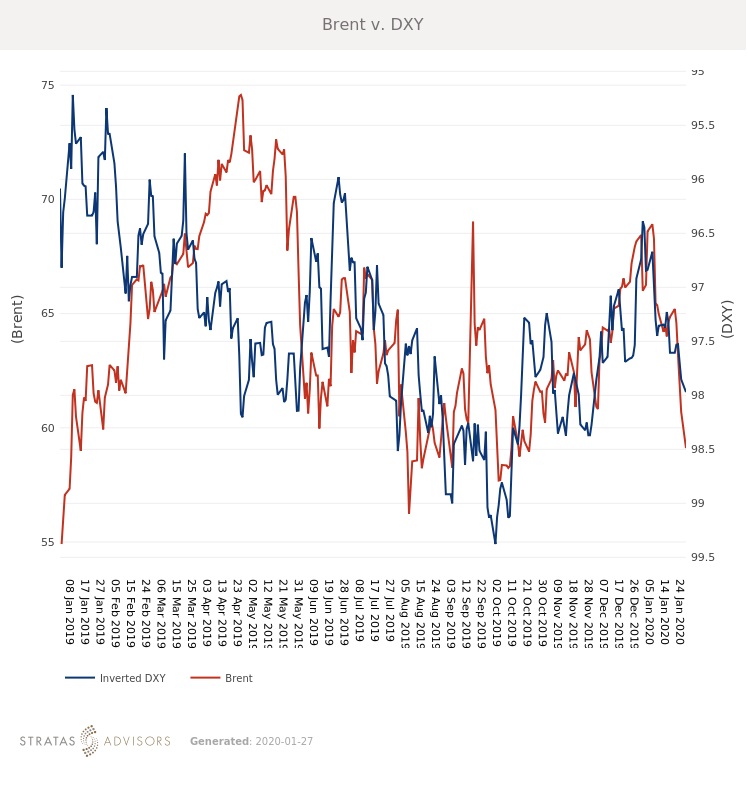 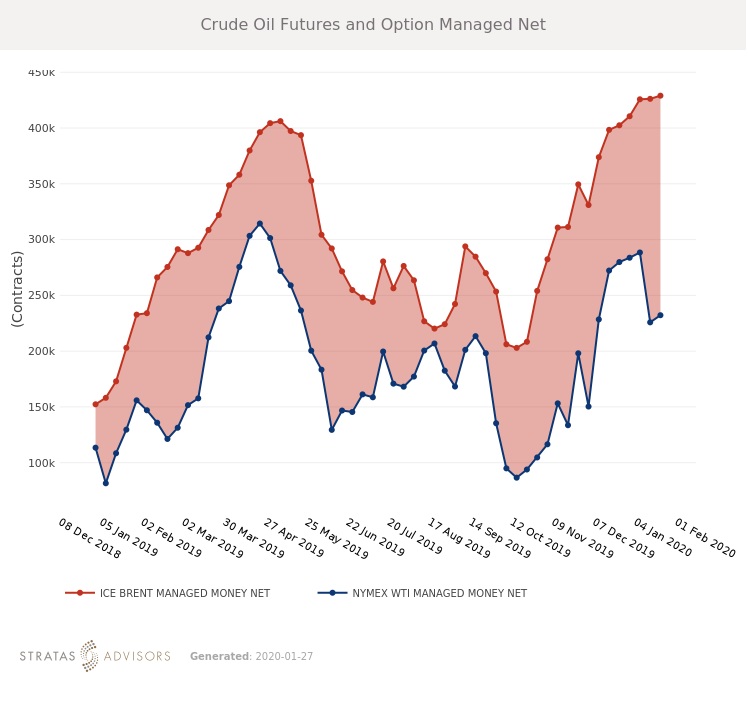 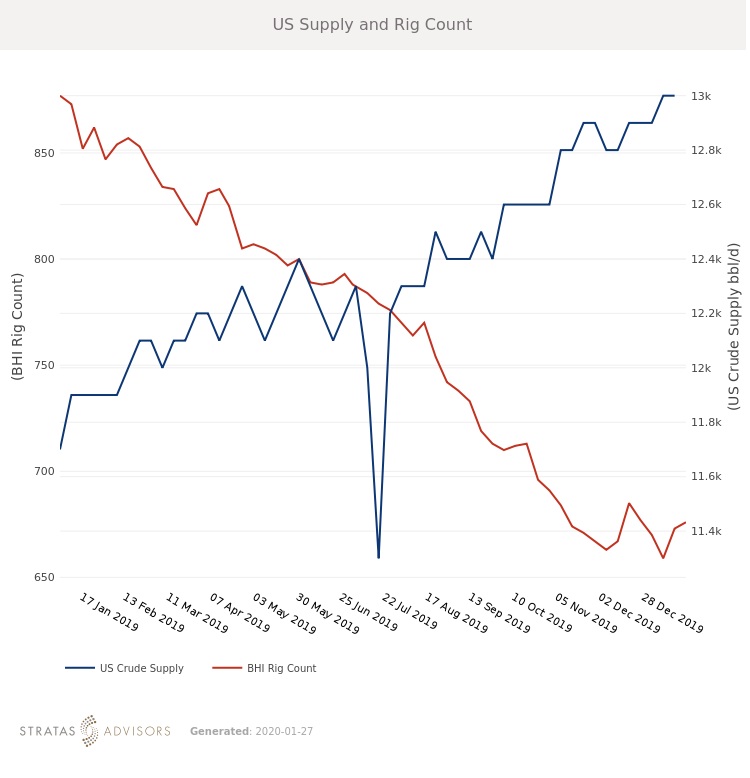 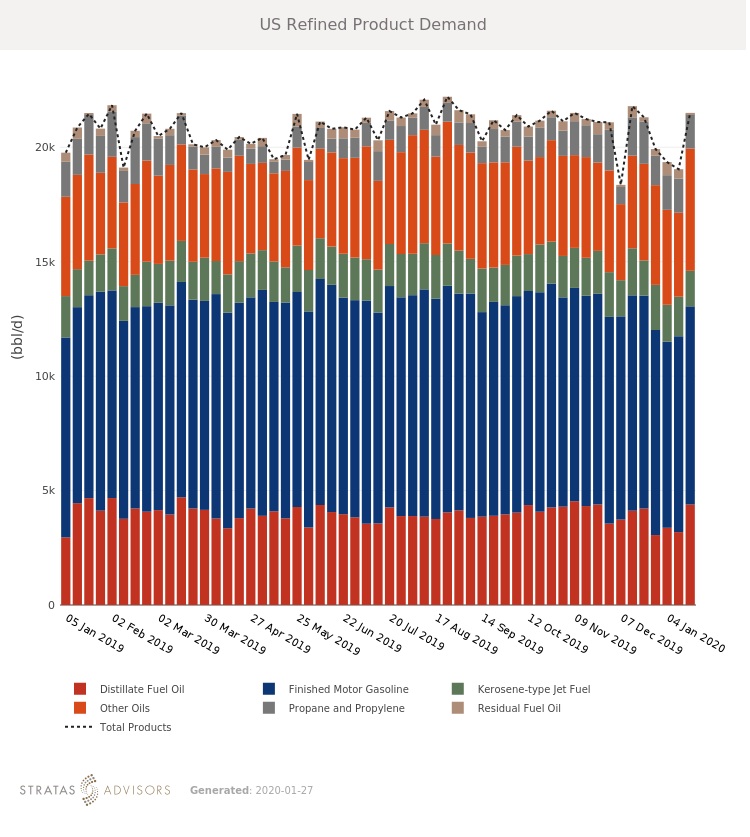 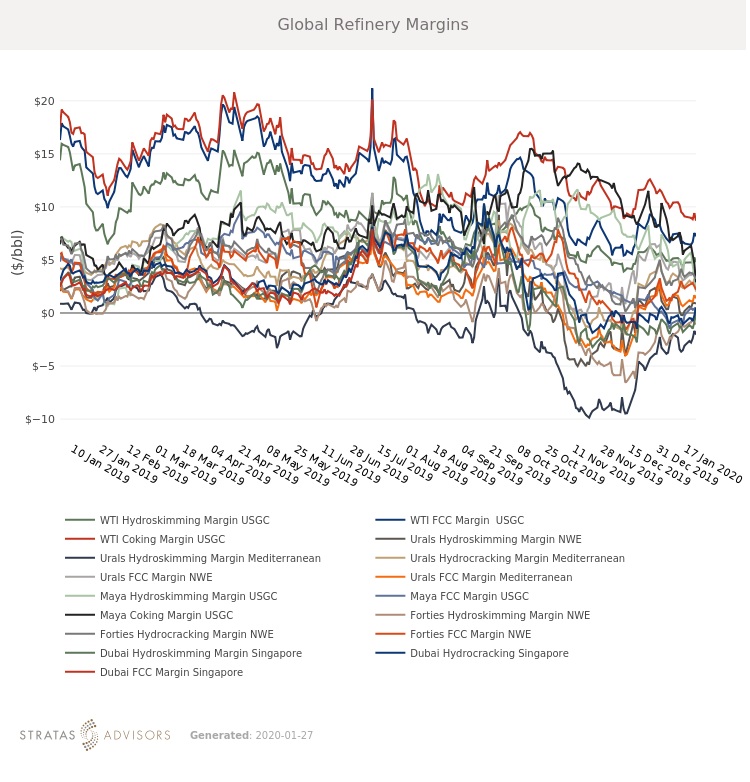