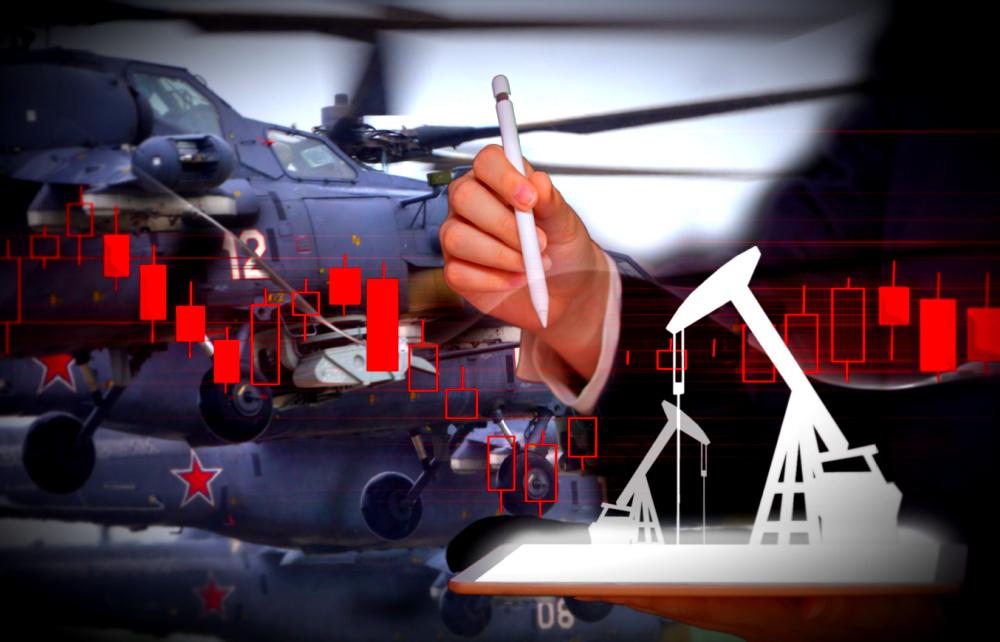 For the upcoming week, Stratas Advisors expects oil prices will move sideways with a downward bias after the significant upward move of the previous two weeks. (Source: Shutterstock.com / Image of Russia military helicopters by Fasttailwind / Shutterstock.com)

Geopolitics continue to be supportive of oil prices. Tensions between Russia and the U.S. and NATO allies remain elevated with western intelligence claiming that Russia is planning to replace the current Ukrainian leadership with a pro-Russian leader. This claim comes on the heels of a previous claim that Russia has deployed mercenaries into two eastern regions of Ukraine. And now it is being reported over the weekend that in addition to sending military equipment to Ukraine the Biden Administration is considering the deployment of additional U.S. troops (in the order of 1,000 to 5,000), along with aircraft and warships to NATO member states in the Baltics and Eastern Europe. Additionally, there continue to be geopolitical tensions in the Middle East, including those associated with Iran and the U.S., and highlighted by U.S. airstrikes on Jan. 22 in Syria, and the recent drone attack on the United Arab Emirates (UAE) by the Yemen-based Houthis.

There remain concerns about supply with OPEC+ struggling to increase actual production to align with announced monthly increases of 400,000 bbl/d. In December, compliance of OPEC+ was 122%, which compares to 117% in November. The over-compliance translates into OPEC+ members underproducing by around 750,000 bbl/d. In January, a significant portion of the under production will be reduced with Libya production rebounding back to around 1.2 million bbl/d, along with increased production in Nigeria and Kazakhstan. Outside of OPEC+, supply from the US and Canada is poised to increase.

The Omicron variant continues to spread the impact of COVID-19 from a global perspective. However, the rate of increase in cases is slowing down. Furthermore, cases in the U.S. appears to have peaked on Jan. 15 at 805,069 and have now fallen to 705,878.

While the increase level of inflation being experienced in the U.S. is the result of many factors that are not related to monetary policy, it looks like the U.S. Federal Reserve is ready to move forward with a rate increase in March. Last week, the U.S. Dollar Index increased to 95.64 from the previous week of 95.17. The future strength of the U.S. dollar will be dependent on the ability of the U.S. economy to continue to expand with a less accommodating monetary policy, and the robustness of the U.S. equity markets. We think there is a material risk that the Federal Reserve will tighten too fast, which will cause the U.S. economy to slow down, and the U.S. equity markets to turn downward—which in turn will result in a weaker U.S. dollar.

In contrast to the U.S. reducing monetary support, China is moving in the opposite direction. China’s central bank has recently reduced interest rates, as part of China’s efforts to provide additional liquidity. The easing is in response to the economy slowing down with growth forecasted by The Chinese Academy of Social Sciences to be only 5.3% in 2022 (in comparison with 8% in 2021). Additionally, China is dealing with property sector that is hampered by significant level of debt. 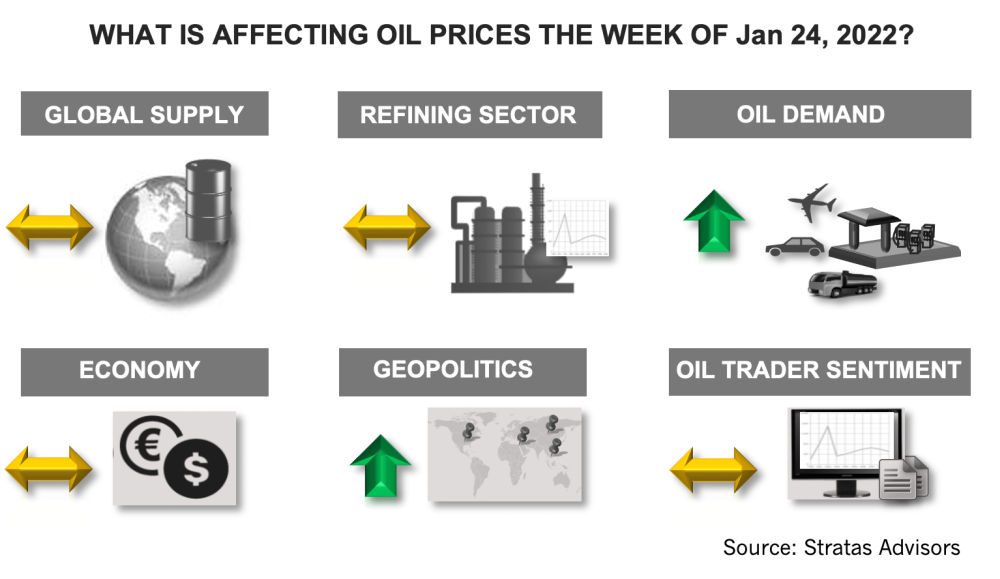 For the upcoming week, we are expecting that oil prices will move sideways with a downward bias after the significant upward move of the previous two weeks.

2022-04-22 - The decision by Lyondell Basell comes after two failed attempts to sell the Houston plant and the closing of five U.S. oil refineries in the last two years.

2022-03-22 - Carri Lockhart joined Equinor in 2016 and has held several senior leadership roles in Norway and the U.S. before joining the company’s corporate executive committee in June 2021.

2022-03-11 - Sources say EnCap has hired a bank to launch an auction in the coming weeks for Ameredev II, which operates the “largest privately held contiguous land position in the northern Delaware” Basin in the Permian.